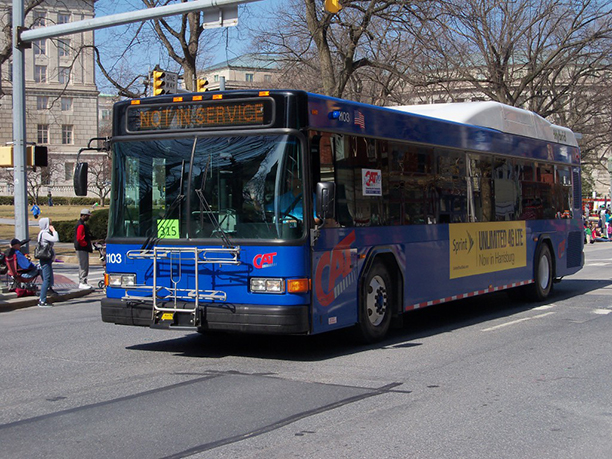 A CAT bus in Harrisburg

Transit in central Pennsylvania is poised to become far more regional, as the area’s two major bus systems have plans to merge.

The merger would help the systems cut costs, while offering a single fare payment system for users and improved connections for riders, according to a joint release from the operators.

The systems already operate jointly, as rabbittransit took over management of CAT in early 2018.

“In many ways, we are functioning as one system now,” said Richard Farr, executive director of rabbitttransit. “The two transit agencies have been working cooperatively for nearly three years, and we are already seeing benefits.”

The merger is being taken, in part, due to CAT’s financial struggles, which predated the COVID-19 pandemic but since then have only grown worse. Without the merger, CAT was facing a 40% reduction in service, according to CAT.

According to the joint news release, the merger should not have “any impact” on current bus divers or mechanics for either system.

Next, the two authorities will hold virtual public hearings before voting on the proposal. CAT’s board of directors is due to meet on Jan. 28 at noon, followed by rabbitttransit on Feb. 4 at 7 p.m.

For more information, visit the CAT and rabbittransit websites.