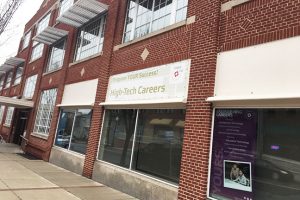 It appears to be full STEAM ahead for a new charter school, which plans to open this September in Harrisburg.

On Tuesday, the Pennsylvania STEAM Academy received approval from the state Charter School Appeal Board to open, even after the school’s initial application was denied by the Harrisburg school board early in 2019.

“It feels wonderful,” said Carolyn Dumaresq, chair of the academy’s board. “We are very excited to open.”

The charter school will be located at 1500 N. 3rd St. in the Midtown II Academic Building, formerly the Evangelical Press Building and later part of the HACC Harrisburg campus. Dumaresq said that the school’s focus is providing education around the topics of science, technology, engineering, arts and math.

The school will begin by serving kindergarten through second-grade Harrisburg students, Dumaresq said. Each grade will have two classrooms with 20 students in each. The following school year, the charter will add two third-grade classrooms, expanding to add another grade each year until there are classrooms for up to eighth grade.

Currently, the Pennsylvania STEAM Academy is only open to Harrisburg city students. If there are too many applicants, students will be selected by a lottery system. If there are not enough, the school will open enrollment for students from surrounding districts.

Dumaresq believes that the charter academy will prepare students for high schools in Harrisburg, such as Harrisburg High School’s SciTech Campus.

Since yesterday, Dumaresq said that over 20 students have already applied.

As far as staff goes, the school has interviewed many teachers, and Dumaresq believes most of them are still interested.

“All of the things we need are in place. It’s just getting everything formalized,” she said. “Now the big thing is going out and recruiting students.”

Since November 2018, school officials have worked to move the school towards operating. However, they faced opposition along the way.

After the Harrisburg school district denied the STEAM academy’s application, the charter school appealed the decision, collecting 1,844 signatures from supportive community members, well beyond the required 1,000. The school district, though, submitted an appeal to challenge those signatures.

On Tuesday, the state Department of Education’s Charter School Appeal Board rejected the district’s appeal, voting to allow the Pennsylvania STEAM Academy to open.

“The School District respectfully disagrees with the position taken by the State Charter School Appeal Board reflected in yesterday’s vote and believes CAB has erred in the outcome. The application for the Pennsylvania STEAM Academy Charter School and the associated record under review by the Appeal Board contain numerous deficiencies and grounds for denial of the application, including a failure to provide teaching staff for serving students with disabilities and English Learners. The School District is currently evaluating its next steps as a result of the outcome and cannot comment further at this time.”

The district’s Acting Superintendent Chris Celmer has been vocal in the past about what he sees as inequalities in funding for charter schools versus district schools. Most recently, he spoke out on the federal CARES Act money that was heading to charter schools, saying the distribution wasn’t equitable.

Fair funding for school districts has been an issue in the state for years, Celmer believes.

However, Dumaresq disagreed, saying that she wished the academy could have worked alongside the district.

“It’s sad. We thought we’d be able to work as partners,” she said. “That doesn’t seem to be a possibility now. We still have our hands out and are still willing to work together.”

Doug Neidich, CEO of GreenWorks Development, the owner of the Midtown II building, sees the Pennsylvania STEAM Academy as another way to serve children in the city.

“Yesterday was a great day for a lot of students in Harrisburg,” said Neidich.

Over the past 15 years, his company has undertaken several development projects in the immediate area, recently proposing a 150-unit apartment building for the corner of Reily and N. 4th streets, currently the site of a surface parking lot.

Neidich sees the STEAM academy as contributing to his goal of creating a “live, work, learn and play community.”

“This is really the perfect place to put a school like this,” he said. “Education is the only way that you fundamentally revitalize a city. This is going to be a cornerstone of not only Midtown, but of the entire city.”

For more information or to apply for the Pennsylvania STEAM Academy, visit www.pasteam.org.