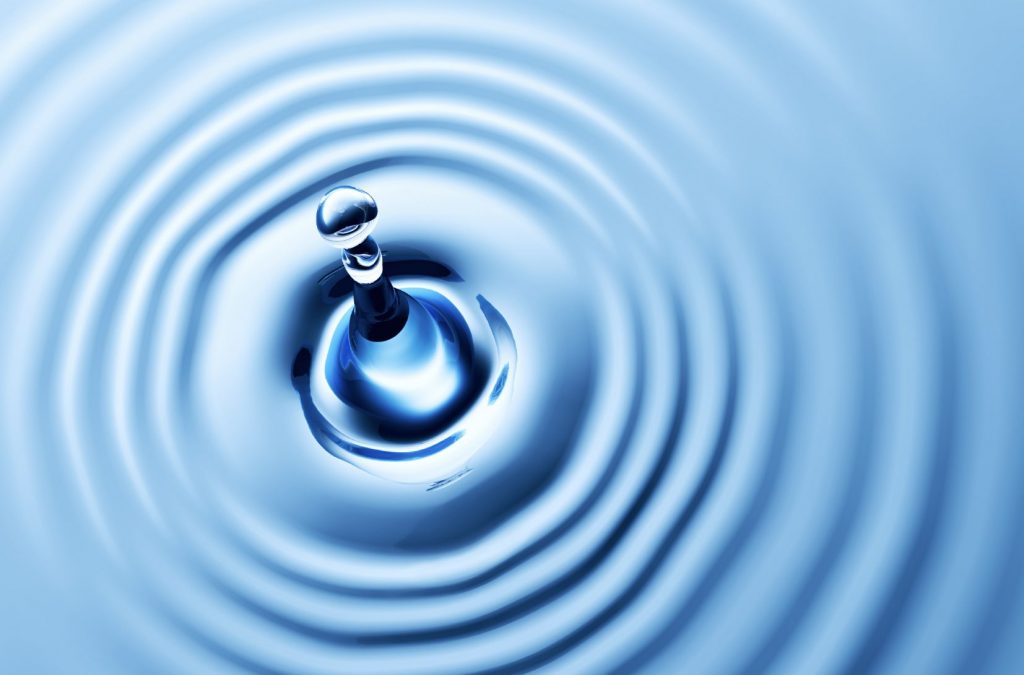 What happens after our stories are published in TheBurg?

As writers, we don’t always know. I, for one, hope that readers are inspired, moved or changed in some way. And if readers take action as a result, that’s even better.

I like to imagine ripple effects in the wake of every story—in readers’ heads, hearts or actions. But nothing prepared me for the tsunami-like ripple effect from a recent story.

Quoting Larry Binda, editor of TheBurg: “We’ve heard about things happening as a result of stories in TheBurg, but never anything like this.” And that’s why he asked me to turn this ripple effect into the story you’re about to read.

So let’s start at the beginning by introducing my friend, Bill Blando. We met several years ago, appropriately enough, while I was covering a story for TheBurg, and we became friends instantly. You know how you meet someone and feel like you’ve known them your whole life?

Our friendship is forged on journalism, truth and the love of a good story. You see, Bill is a retired newspaperman who worked for the Patriot-News for 27 years—and before that, for various mid-Atlantic newspapers, including several near his native New York City. On the night we met, we must have spent at least an hour talking about the news biz. I remember returning home from my assignment and telling my husband all about my new friend Bill—and very little about the actual story I was writing.

I must have passed muster because in a month, when that story published, Bill emailed, “You wrote one hell of a story,” and my heart about burst. To have this man’s approval, as kind of my own personal dean of all things journalism, meant the world.

Ever since, we’ve gathered over cups of coffee about once a month. And more than once, the baristas have asked—with a certain amount of jealousy, “Is that dear man your grandfather?” After all, Bill is 86 years young.

We mostly swap stories—our takes on the latest news. But some of the best stories are his life stories, and those, I treasure. His perspectives give me perspective—on issues such as civil rights, which we recently noted, morphed into Black Lives Matter.

“I thought 1968 was every bit as volatile as 2016, but I think the violence we’re experiencing now will surpass it,” Bill told me recently, as he reflected on his three-year news stint in another capital city—Albany, N.Y.

He’s my link to a bygone era of journalism that overlapped with my career. Similarly, I might be his connection to the current and future news industry.

But as Bill might say, “Let’s get to the story at hand.”

Last fall, I wrote one of the most challenging stories ever—because it was personal, first-person. “Inspired Miles: Reflections on running 50 races for 50 causes while I was 50,” was published in the November issue of TheBurg.

One of the first readers I heard from was Bill—via a package that arrived in the mail. He had, of course, known about my races and causes. But after reading my story, he wrote, “This old curmudgeon found himself choked up—that hasn’t happened in a long time.”

As I read on and saw what he enclosed, it was my turn to get choked up. This kind man had enclosed five checks, each for $50, and he proposed a project. He wanted me to make the checks out to the five charities most important to me, from my list of 50, and forward them on.

But that wasn’t all. Five at a time, he wanted to donate an additional $50 to all 50 of the charities for which I had run. I called him right away, incredulous, and asked if he was serious.

“Karen, I’m 86 years old—I don’t do anything these days unless I’m serious,” he replied.

To date, we’ve sent 20 of the 50 checks. I enclose a letter, explaining the ripple effect that produced Bill’s gift. And, sometimes, we hear back from recipients, like Susan Cann of Harrisburg’s Downtown Daily Bread, who emailed her appreciation for our “heartwarming” story and gift.

“I was thrilled that you gave the background of this gift and how it came it about—it brought a smile to my face,” said Cann, when I called her. “Our mission is possible—we’re able to have our programs to serve the homeless and hungry residents—because of donations.”

I think about the tiny role our bonus gift played in these life-changing programs. I don’t think we should ever underestimate the value of touching one person’s life.

The Power of One

And speaking of “one person,” this story wouldn’t be good journalism without explaining the real motive behind Bill’s charitable giving—his wife Betty.

“She’s my inspiration to help others,” Bill said simply.

Betty, who devoted much of her life to volunteer work, died of cancer in 2011. The Blandos were married for 47 years, and, in many ways, Betty is still by Bill’s side.

“I could have very easily become depressed or bitter—I started to go that way,” Bill said. “But I knew Betty would not have wanted that, so I decided to support good causes, especially cancer-related charities, in her memory.”

Good people give our lives purpose. Good stories create good memories. And good stories are the backbone of good journalism.

And now, readers, as another newsman once said, you know the rest of the story.

You can read Karen Hendricks’ original story, “Inspired Miles: Reflections on running 50 miles for 50 causes while I was 50,” which prompted Bill Blando’s donations, in the November issue of TheBurg.