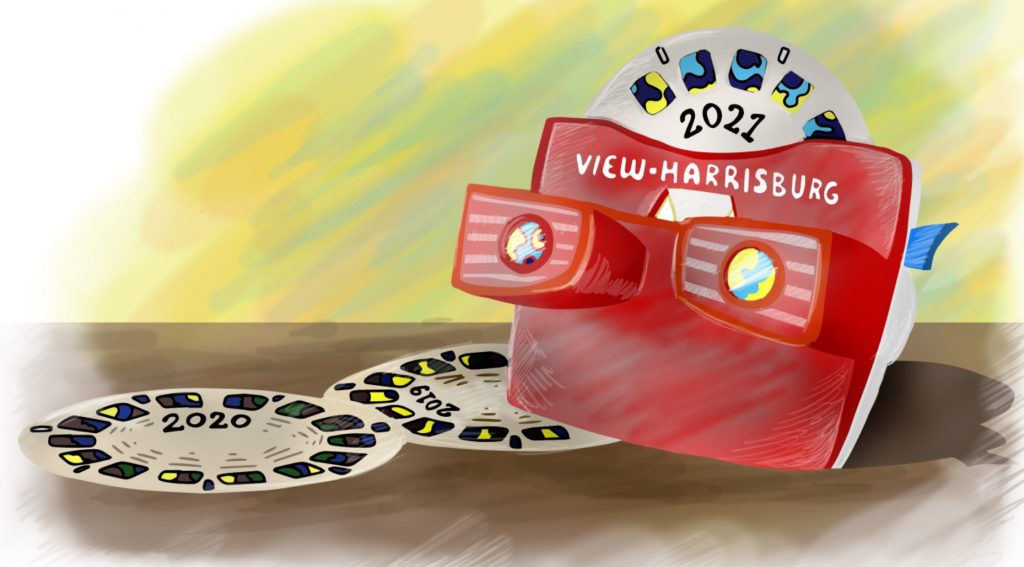 In last month’s column, I used that word to sum up my life during our year of COVID. More than any other, “empty” seemed an appropriate description to me.

As I write this column, vaccinations are proceeding, case numbers continue to fall, and spring is in the air. I think that’s fair cause for optimism, don’t you?

I believe it’s time to begin considering our post-COVID lives in Harrisburg. Normalcy won’t return all at once, but I can sense the pandemic beginning to loosen its grip on our lives and our city.

First, let’s take a look at where we are. How did Harrisburg make it through this profoundly challenging time?

I would say—better than I expected. If, in March 2020, someone told me that the pandemic would last for over a year, I would have predicted profound disaster. In fact, when COVID arrived here, even the initial, two-week lockdown seemed like more than most businesses, schools, governments and people could handle.

Now, for some, the worst did happen. People got sick; some died. Small businesses lost money and closed. I don’t want to minimize the suffering wrought by this horrible scourge.

But, as I look around town now, the overall landscape doesn’t look too terrible. Are we scarred? Absolutely. But I think we’ve also shown remarkable resilience.

Most restaurants and small businesses adapted, survived and appear poised to bounce back strongly. Some even opened during the past year. The real estate market has proven to be remarkably robust.

I think, over the past year, we may even have learned a thing or two about this city and where it’s headed. Gazing into my crystal ball, I see a few things up ahead, trends that I expect may have legs over the long term.

First, Harrisburg’s future as a place for people to live, as opposed to just work, seems strong. A friend recently forwarded me a list of some 30 building projects in the city, most residential. There are small projects, medium-sized projects, large projects—most market-rate, some affordable. Many are in Midtown, but there are proposals for Uptown, downtown and Allison Hill, as well. Harrisburg has not experienced this kind of residential development in 100 years. Yes, it’s that historic. People seem to be choosing smaller cities over large ones, and charming, well-located Harrisburg appears to be benefitting.

In my opinion, the city should lean into this trend, making it as easy as possible to get quality residential projects off the ground, finally putting people back into a city that lost half its population since the 1950s. Hey, there are numerous large, empty lots downtown and Uptown just begging to be developed. Let’s put some nice apartment buildings on them.

This development, in turn, will spur the neighborhood shops that so many city residents seem to want, which brings me to my second thought. Small, independently owned business is where it’s at, and will continue to be, in Harrisburg.

Now, I’m not hating on large companies or chains. However, I believe in swimming with the tide. Sure, we can always hope that a Google or Apple or whatever finds religion and locates to, say, the old state hospital grounds. However, I find that unlikely, especially as many large companies are downsizing their offices. Instead of a single behemoth, we’re far more likely to see dozens of small businesses—shops, restaurants, start-ups—locate throughout the city, employing and serving the growing local population.

And, speaking of behemoths, I suspect that the commonwealth’s influence on Harrisburg will wane over time, which is my final post-pandemic thought.

For decades, government has been about the only growth industry in Harrisburg, but it’s been a mixed blessing. The Capitol Complex may be nestled in the middle of the city, but it’s an uneasy fit. Sometimes, Harrisburg feels like two opposing sides—commuters and residents—staring at each other from across the asphalt canyon of Forster Street.

Now, state workers have learned that they can do some of their jobs without the daily trudge across the Taylor Bridge. Perhaps that’s for the best. As an employer myself, I’m a fan of workplace flexibility. As long-term readers of this column may know, I’m also a big fan of rescaling the city to serve the people who want to be here, as opposed to a workforce that often does not—and behaves accordingly by segregating itself on its hill.

Having said that: the state will remain a huge presence in this city for a long time. So, it’s vital that these two governmental entities learn how to cooperate and collaborate for the long-term good of the shared capital city.

Over a year ago, when the pandemic horror began, I recall people saying, maybe a little tongue-in-cheek, “See you on the other side.” Finally, that “other” side may be in view. So, let’s take a moment to reflect and take stock of where we’ve been—then head like hell to where we’re going next.