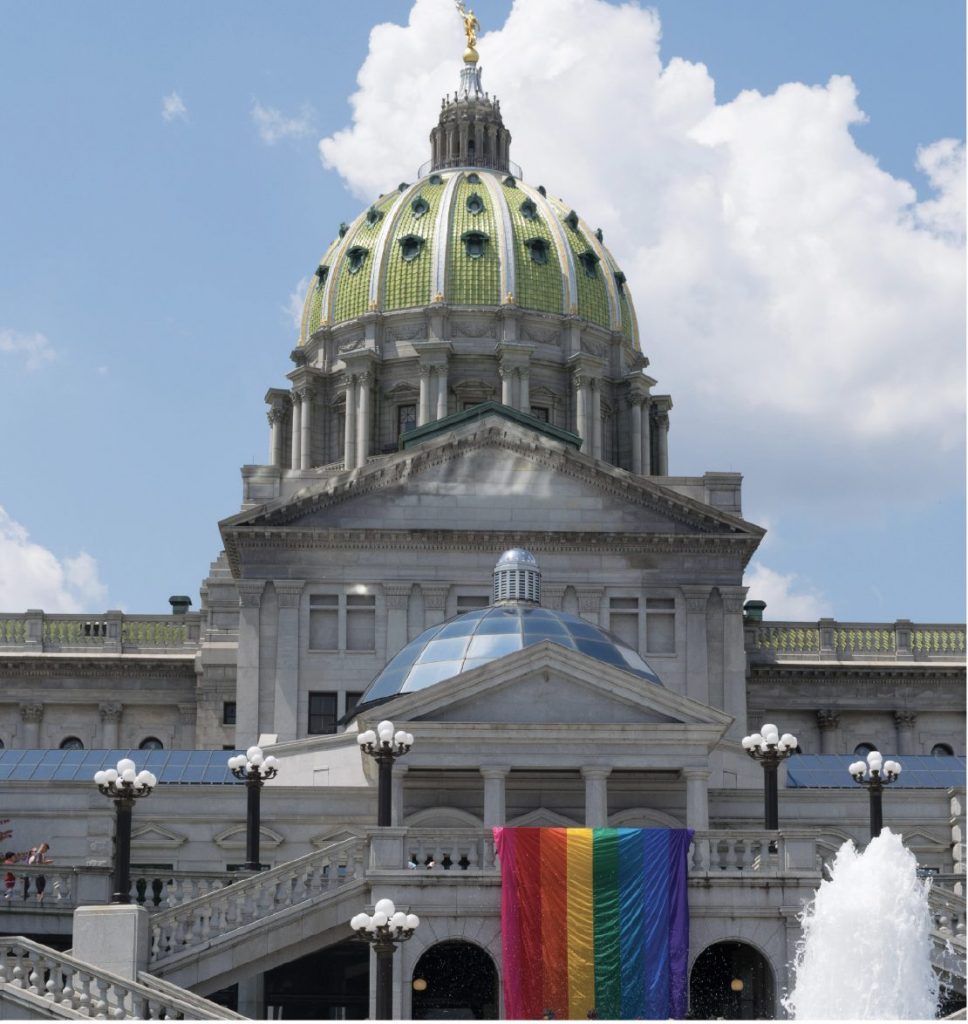 “Pride is about community,” said Cathy Nelson of the Pride Festival of Central PA, which marks its 30th anniversary this month with a big celebration.

The origins of Pride trace back to 1970, one year after the Stonewall uprising, named after the New York City bar where LGBTQ patrons fought back and protested for six days after a police raid. Since then, Pride groups all over the country have held events to celebrate, support and be themselves.

“It’s a special day because we should be able to express ourselves and our pride 365 days a year,” said Eric Selvey O.D., board president. “It’s a day where we can all be ourselves and for our allies to come out and show their support, as well.”

This day is needed because not every LGBTQ person feels understood, supported or accepted.

“I just got a volunteer request yesterday, and she is just finding herself and is actually hoping to be able to realize that she has other people around her and to be a part of something else,” said Rob Brucklacher, vice president of volunteer resources.

Embracing who you are is difficult when the world constantly tries to prevent self-acceptance, said festival organizers. Pride helps that.

“In the beginning, it was like ‘What do you mean, like you celebrate this?’” Nelson said. “Yes, this is a cause for celebration.”

It also offers an opportunity for learning.

“Throughout history, everyone has decided who we are,” Nelson said. “The Pride Festival is showing you who we are.”

And the festival can help clear up misperceptions.

“When people hear about gays, they are always hanging off the ceiling, constantly having sex,” Selvey said. “It’s not about that at all.”

The LGBTQ community, he said, is just like everyone else. They just happen to love someone of the same gender.

Let’s not misunderstand, though—the Pride Festival of Central PA is about having a whole lot of fun, too.

Among the performers this year: Harrisburg native and headliner Brandon Parsons, the Harrisburg Gay Men’s Chorus, Jelli Jive and the Central Pennsylvania Womyn’s Chorus. Drag kings and queens will entertain the crowds on a separate stage. The draws for any festival will be there, too—a variety of vendors, plenty of rainbow gear and lots of food.

“All the stuff you shouldn’t eat, but God you love it,” Nelson said.

The fun isn’t just for adults either. There will be a “Kids Zone” with face painting, vegan desserts provided by Mr. Treats and theater by the Popcorn Hat Players.

“I never cease to be amazed as to the parents who bring their children here,” Selvey said. “It’s just a wonderful thing.”

Straight folks, friends, allies and perhaps the curious also attend the festival. Nelson described it as a cultural event and added that it offers a great opportunity to learn about the culture.

“It doesn’t matter what sexual identity you have, you’re just there to be supportive of the community,” said Meghan O’Neill, vice president of operations.

With a newly formed board, the Pride Festival of Central PA also wants to assist the local community, Selvey said. The group plans to donate 51% of funds from the year’s net proceeds to other organizations.

It recently held a skating party for youth.

“It was a hit,” O’Neill said. “You heard kids talking, and they were telling each other, ‘You can be yourself here.’”

Selvey gave credit to Nikki Knerr, “the Grandmother of Pride,” who began this celebration as the Unity Festival on her property 33 years ago.

“We could hardly get anyone to sponsor in the early days,” Selvey said.

In 2018, the Pride Festival of Central PA became the first such festival held on the grounds of a state capitol, when high water forced it off of the riverfront. This year, it will be held on the grounds again, in Emergency Responders Plaza between the State Museum of Pennsylvania and Keystone Commonwealth Building. The group was committed to keeping the festival in what Selvey called “The Gayborhood,” where many in the LGBTQ community call home.

Support, connection, food and unique entertainment all can be found at the Central PA Pride Festival. But what makes the festival most valuable is the people who gather together to enjoy it all.

“I found my tribe, and so it just continues to be a place of incredible affirmation,” Nelson said.

The Pride Festival of Central PA takes place July 30, 11 a.m. to 6 p.m., at Emergency Responders Plaza, 3rd and North streets (behind the State Museum of PA), Harrisburg. Daylong parking for $10 is available at the 7th Street Garage. Pride requests a $10 donation for admission to the festival. For more information and to volunteer, visit www.centralpapride.org.