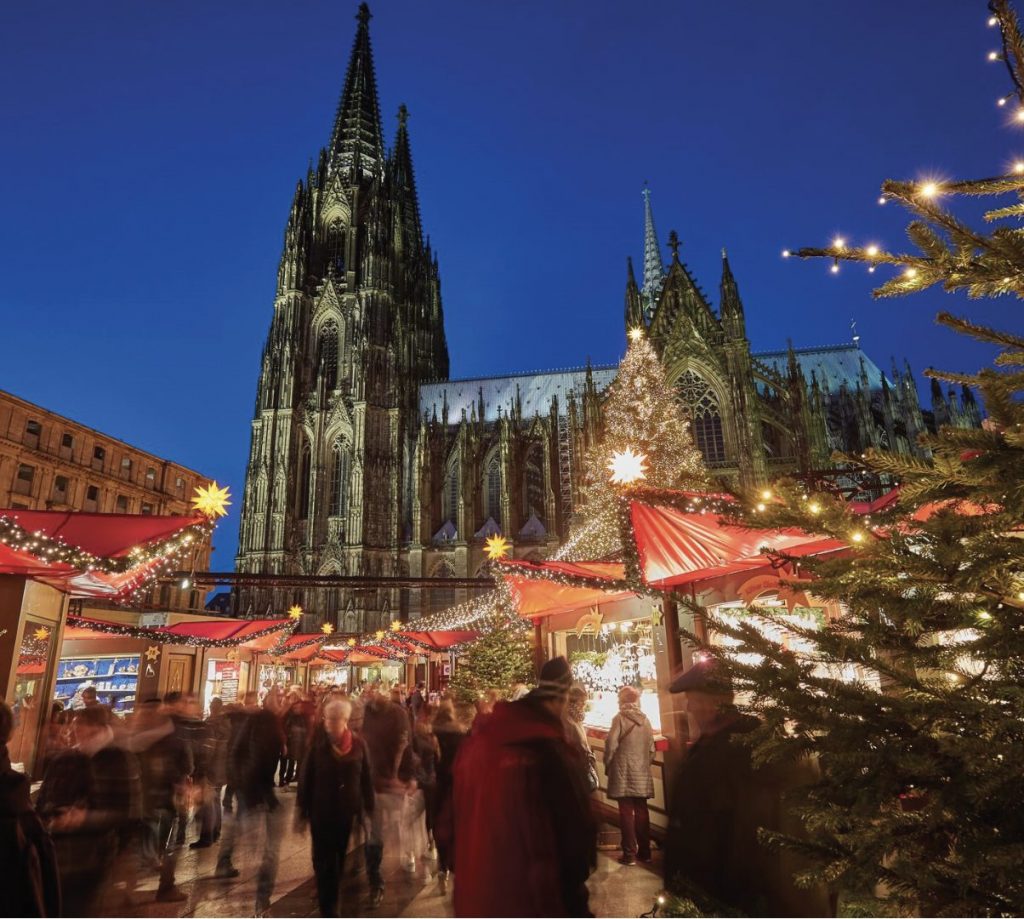 You could say that Joannah McGregor is a Teutonophile.

The Mifflinburg resident met her husband on an airplane in India. He was Austrian, working as the export manager of a German company. This twist of fate took her to Germany, where she spent 20 happy years immersed in the culture before returning to her hometown.

“I learned that Mifflinburg was looking for ideas to emphasize the town’s German heritage,” McGregor said. “A tour bus was going to be in the area, and they needed one more event to keep the bus in the area for an entire day.”

McGregor offered up the idea of a market that would replicate outdoor Christmas markets in Germany. The suggestion, she said, was met with skepticism. Town officials asked, “What vendors are going to stand there for three days and freeze?”

Determined, McGregor spent time explaining the popularity of the Christkindl Market in Germany. Eventually, she convinced the powers-that-be to give it a shot.

Ultimately, she was given permission to close one block.

“Now we’re in our 32nd year and still going strong,” she said. “Officials from Bethlehem, Pennsylvania showed up one year to get a few tips from us.”

Each year, organizers choose a theme based upon a German or Austrian town. This year’s theme is Cologne and the three kings, since the Cathedral of Cologne is said to house the bones of the three kings, she said.

McGregor will be onsite to give a talk about the theme and the traditions and history of Christkindl Market on each day of the three-day event, which is held this month.

“In the beginning, the townspeople would bake items or work on and sell a craft, and they discovered that, if they stood around a church, the people would buy something from them,” said McGregor.

This year, the event will be comprised of 125 vendors. According to Matthew Wagner, Christkindl Market president, organizers begin planning the previous January.

“Half of our vendors will be artists, crafters and gift vendors, and the rest will sell food like strudel and schnitzel,” he said.

He added that one church will serve a sauerkraut dinner with pork, mashed potatoes and bratwurst. Local firefighters will offer a new food item this year—German crepes.

Wagner, who is a retired band director, coordinates all the musical performances.

Wagner said that the children will sing a traditional German lantern song derived from St. Martin’s Day. St. Martin’s Day is a religious observance in Germany that is popular with children and is dedicated to St. Martin of Tours to celebrate modesty and altruism. At the end of the parade, children will march onto a stage and sing Christmas carols.

Those who can’t make it for the first two days needn’t worry about missing a parade since a closing parade, featuring jolly old St. Nick, will take place as the event wraps up.

Wagner said that last year’s cancellation led to great disappointment, from the children who looked forward to the annual event to the businesses in town.

“I am friends with a statistician who moved back to town, and he gathered the information from the businesses,” he said. “He discovered that some make more in these three days than they do in a couple of months.”

Attendees may want to explore additional attractions while in the area.

The Buggy Museum, located on 598 Green St., is known as the only intact 19th-century buggy factory. Guests can also tour the buggy-maker’s family home, along with a carriage house and showroom filled with buggies and sleighs. Reindeer also will be on hand for children to enjoy.

The Frederick Gutelius House Museum, located on 432 Green St., also will be open during the event. The log house dates back to 1803 and was owned by the first justice of the peace of Union County.

Finally, there’s the Rusty Rail Brewing Co., where customers can enjoy food like pasta Alfredo, crab cakes, salads, fish and chips, burgers and more. Rusty Rail’s 15-barrel brewhouse turns out some 8,000 barrels of beer per year, in many different styles.

Wagner said that he looks forward to rekindling the spirit of Christkindl Market.