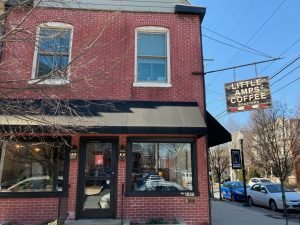 Little Amps Coffee is brewing up something musically uplifting.

The Harrisburg-based coffee company is teaming up with Get Better Records, a queer-run record label, to announce a limited edition coffee and album bundle, with proceeds supporting the LGBT Center of Central PA.

“We are humbled to direct the coffee for this community driven project,” said Peter Leonard, CEO of Little Amps, in a statement.

Customers can purchase the bundle, including Little Amps’ “Super Tasty Instant Coffee,” a vinyl version of Get Better Records’ upcoming album, “Sunday, Someday” and a mug. 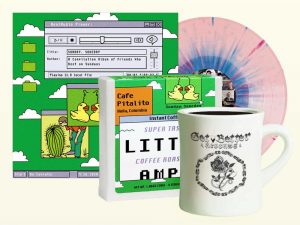 The album features a collaboration of queer, trans, non-binary and agender artists including KOJI and Full On Mone’t, two Harrisburg artists. Other artists Potty Mouth, Nervus, and Solstice Rey contributed to the album, as well.

When the artists’ UK tour was cancelled, they decided to record the album to support other LGBTQ people in the community. Leonard said Little Amps is happy to promote the label, as well as the LGBT Center, located in Midtown Harrisburg.

“Projects like our record and this coffee collaboration will hopefully show that you can use your time, talent and resources to grow more access to spaces for care and creativity,” said Koji Shiraki, who grew up in Harrisburg, in a statement.

The LGBT Center will use the money for its Common Roads program, which connects LGBTQ youth and young adults in Central PA with community and support. They plan to install an acoustic treatment to benefit youth with sensory needs.