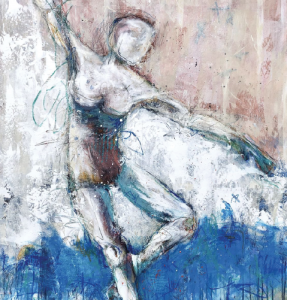 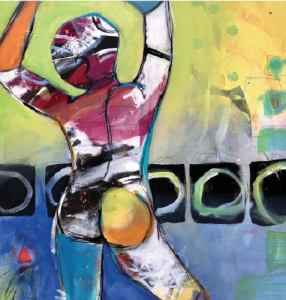 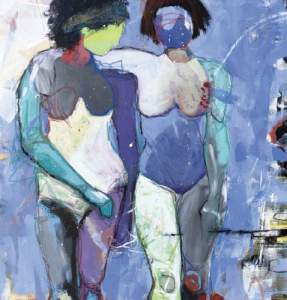 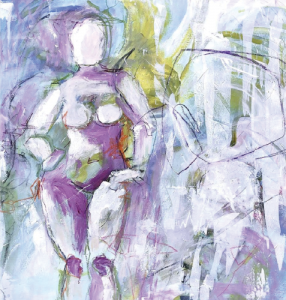 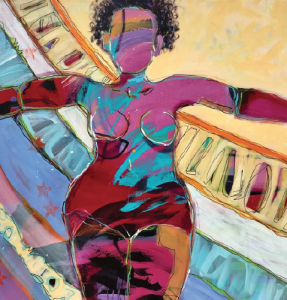 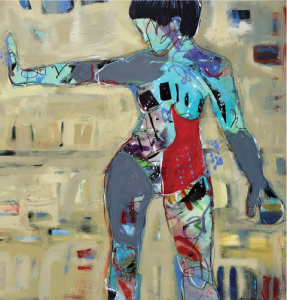 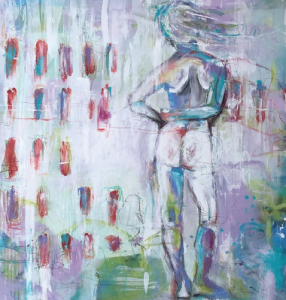 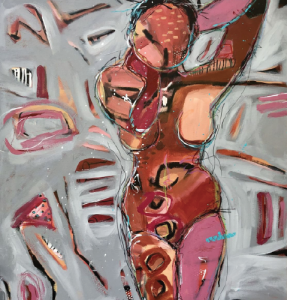 Sometimes, you have to leave home to gain a fresh perspective.

That’s what Peg Belcastro did, choosing to live in Alaska for a decade. When she returned to central Pennsylvania, her art had changed, deeply influenced by her time spent in America’s “last frontier.”

“The people who live in Alaska have a particular way of thinking, which is essential for surviving in the far north,” she said. “It’s the attitude of courage to be true to yourself, to honor your passions and to live life to the fullest—no matter what anyone else thinks.”

For Peg’s art, the result became an abstract expressionism that represents joyful exploration, a variety of mixed media, bold brushstrokes and exuberant colors.

Since returning in 2012, Peg has shown throughout the state, including at the Bethlehem House Contemporary Art Gallery in Bethlehem, Garth Gallery in Columbia, CALC in Carlisle and the Art Association of Harrisburg. She is represented by PURE Gallery of Mechanicsburg.

What’s the Story?: Central PA authors share advice for all you aspiring novelists