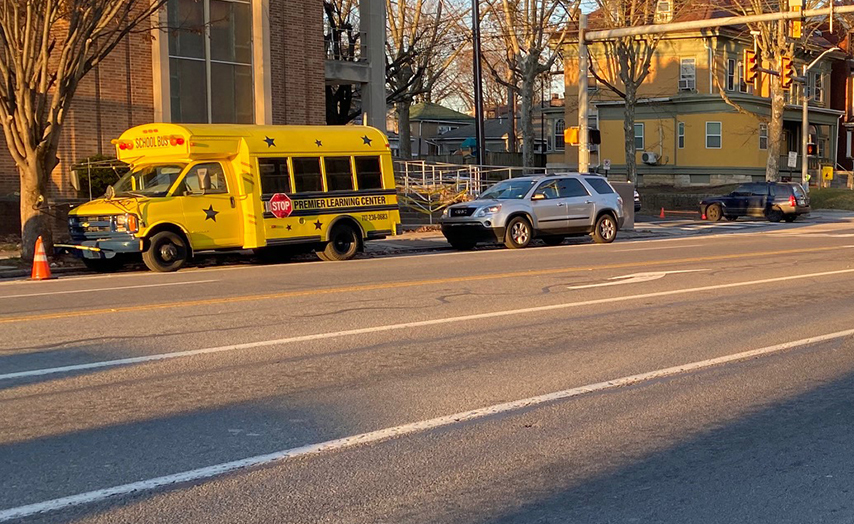 In her op-ed statement published to the city’s website and in TheBurg, Mayor Wanda Williams states that she has “heard the complaints of the bicycle community.” The words that follow show the exact opposite. The words she puts forth as coming from this community are her words, not theirs.

The majority of the members of the “bicycle community” commenting regarding the State Street redesign plan are not separate from the residents and community of Allison Hill; they are Harrisburg’s citizens who travel to and from the neighborhood. They are not recreational through traffic, and they are not commuters. A trip into Recycle Bicycle will quickly show that those who ride bikes in that part of the city are almost entirely from the surrounding community.

And what they have tried to tell the mayor repeatedly is very simple: there is no safe path between the city’s downtown core and Allison Hill for people who are not driving a motor vehicle. This includes disabled people who cannot legally drive or who use scooters and other mobility options that would benefit from access to a bike lane, as well as residents who cannot afford a car. And if the city fails to provide a safe route, residents of Harrisburg will continue to literally, not figuratively, die.

The “demand” to be “appeased” is for the city to plan and build that route, and the focus on State Street is because there is currently funding available for it and because it is the strongest candidate. Does the mayor expect residents to believe that when funding is available for road improvements again, with the limitations on the city’s budget, that it will put State Street at the top of the queue and redo it again? There are certainly other options than State Street that the city could explore, but there is no communication and no leadership indicating intent to do so.

The mayor’s piece implies that the needs of the disabled are opposed to those who choose not to use, can’t afford, or aren’t allowed to operate automobiles. This is both untrue and the worst form of political strategy, the pitting of one group against another to diffuse blowback and deflect responsibility for preventable tragedies.

It is not civil to demand that people whose needs for safety are not being met give up their place in the public discourse, especially when you have failed to even speak to their actual concerns.

I will conclude with a quote that I find relevant from the urbanist Enrique Peñalosa Londoño: “A bike lane is a powerful symbol that the life of a person on a $30 bicycle is as important as a person in a $30,000 car.”

Brandon Basom is a Harrisburg resident and volunteer for Recycle Bicycle.

Community Comment: The bicycle community is “not separate” from the Allison Hill community

Community Comment: “The lack of civility towards others must stop”