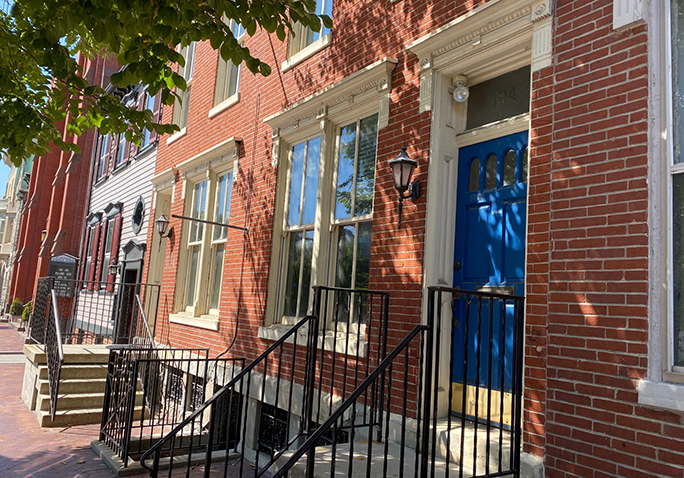 These long-time office buildings at 122-124 State St. are slated to become apartments.

Developer Derek Dilks stands to significantly expand his Harrisburg footprint, as the city Zoning Hearing Board has approved his plans to convert historic properties on State Street and Front Street into apartments.

During a virtual meeting on Monday night, the board approved special exceptions to transform two State Street buildings into “multifamily dwellings”: Before the Zoom meeting, Dilks withdrew from the agenda yet another office-to-residential proposal for six apartment units up the block at 223 State St. Dilks later said that he is discussing the project with the neighboring Pennsylvania Manufacturers’ Association and expects to resubmit to the zoning board in October.

Zoning board members split on two other projects, proposed for Front Street, that Dilks brought before them on Monday:

The city Planning Commission has already approved all the projects, citing the revitalization of historically and architecturally significant buildings, plus the injection of residents to enliven downtown on nights and weekends. Dilks expects State Street construction to begin this fall, with completion in spring 2021. The more extensive Front Street projects require City Council approval, and he projects their completion in summer or fall 2021.

Dilks owns several other buildings in Harrisburg, including the Lofts at 909, an apartment building in the former Boas Street School at Green and Forster streets.

At the virtual meeting on Monday, several State Street neighbors, mostly attorneys, balked at what they claimed could be parking constraints and traffic congestion along their storied avenue.

“Those of us who have invested here, who have worked very, very hard to create a street that has become the heart of the legal, lobbying, government affairs community of this city want to maintain that,” said Charlie Gerow, CEO of Quantum Communications. “We’ve all invested significant money, significant time, significant effort into that. We’re here every day. We work here every day. Our money is at play here every single day. Granting relief downgrades all of our properties, and by extension, the city itself.”

Dilks conceded that a first-floor professional office at 122 State St. would be acceptable, but he told the board that he and Harrisburg-based architect Chris Dawson were “simply seeking to utilize these buildings to the highest and best use.” 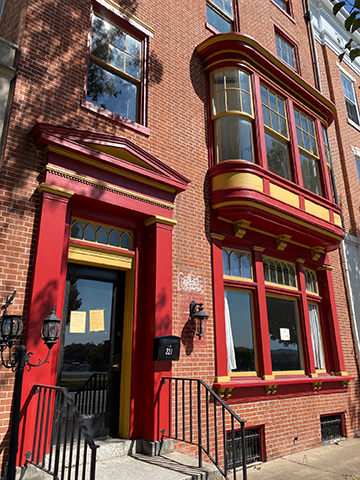 At 321 N. Front St., the former Clark Resources building, Dilks promised to address the parking shortage for that office-to-residential conversion by encouraging tenants to use parking garages, but board Chairman Thomas Leonard and member Aaron Holt were not persuaded. On the other hand, board member Shannon Gority saw a fit with contemporary lifestyles.

“I understand your concern with parking,” she told Leonard. “But I also am aware of a shift in the way people are living nowadays with respect to modes of transportation or the lack thereof.”

Dilks later said that he would return in October with an acceptable parking plan. At that meeting, he also expects to submit a plan for conversion of the former First United Methodist Church at 260 Boas St. in Midtown into six apartment units, possibly including a bakery. Dilks bought that property, one of the many Harrisburg-area UMC churches put up for sale last year, in late July for $99,000. With Mowery Construction owner and President David Cross, Dilks also is co-developer and equity partner for Schoolhouse Flats, the conversion of the former Lemoyne Middle School into 46 apartments. Little Amps plans a takeout cafe in this building next to their location at N. 2nd and State streets.

Customers would use a separate entrance to buy from an expanded menu of food items prepared in a new kitchen shared by the two spaces. On the two floors above the takeout café, WCI Partners would create two new apartments and renovate a third.

Disclosure: Alex Hartzler, co-publisher of TheBurg, is a principal with WCI Partners.