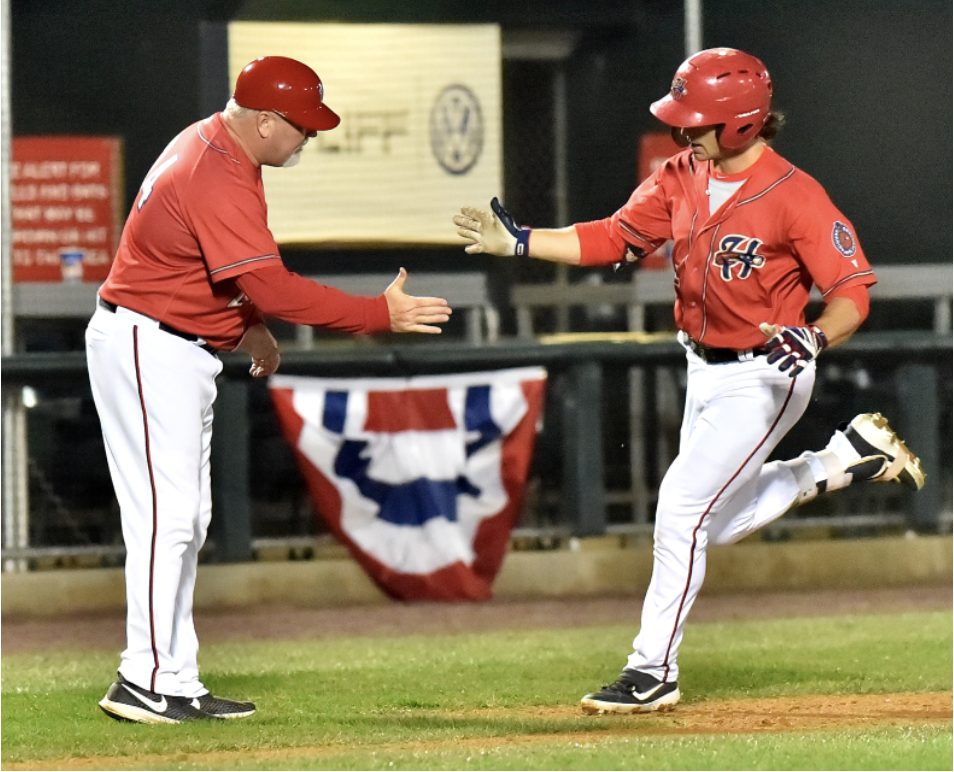 Photo courtesy of the Harrisburg Senators.

Pam MacNett started walking from her house in downtown Harrisburg to games on City Island when she was just 8 years old.

It was one of the few fun things to do in the city at the time, she said. From then on, it stuck. She has held Senators season tickets every year since 1999 and has even hosted players at her home during the season.

“I’m pretty dedicated,” she said. “It’s a very large part of my life.”

It was no surprise to hear that MacNett already had her season tickets for 2021. She was eager to return to her happy place—beer in one hand, hot dog in the other. After all, the pandemic had deprived her of baseball in 2020 when the minor leagues cancelled its season. It was the first time in years that she missed a season.

“Being able to have something back that has been such a big part of my life for the last 20 years is super exciting,” she said.

Senators fans, players and officials are all ready to get back into the swing of things, and, this month, they will.

“We are so happy to be able to play again,” said Senators President Kevin Kulp. “We live for game day.”

They kick off the season on May 4 against the Patriots at Somerset, N.J., and play their home opener on May 11 against the Richmond Flying Squirrels. In total, the Senators will play 120 games, 60 at home and 60 away.

The season starts a month late due to COVID restrictions at spring training complexes, but will extend two weeks longer than usual.

The team will play six-game series, Tuesdays through Sundays. They’ll play almost every team in the league, facing the same team for six games in a row. Kulp said that this will help reduce travel time and costs—a great benefit.

With the 2020 season cancelled, the Senators revenue decreased by over 90% compared to the 2019 season, Kulp said.

“We went a year and a half with no revenue—that is not how minor league teams are supposed to support themselves,” he said. “We don’t make a lot of money in the best of years. The last 20 months have been really tough.”

Things aren’t going to magically get better when the 2021 season starts either, Kulp said. They will be operating at about 30% capacity in the stands to accommodate for social distancing.

However, Kulp was quick to say that this doesn’t mean fans won’t experience the usual fun, family atmosphere.

“We are not going to skimp on what fans can expect when they come to the ballpark,” he said.

MacNett and others can still buy their game day essential foods. Families will also be able to participate in kids’ activities in a safe way. Most importantly, fans can cheer on their team as they play.

As excited as fans are, players like Rhett Wiseman are even more ready to suit up and step onto the field, after months of missing the diamond.

“I’m excited to be able to get out on the field and play the game that I love,” said Wiseman, who played for the Senators in 2019. “If there’s anything COVID showed me, it’s that I love the game.”

At the same age MacNett started regularly watching baseball games, Wiseman began regularly playing in them, since he was 8. Again, 2020 was the first one he missed.

Minor league players found out on the first day of spring training in 2020 that the season was cancelled. They were told to pack up their bags and head home.

“You realize all this training you put in is going to go to waste,” Wiseman said. “It was tough.”

For the year off, players were left to find a way to continue to practice and stay in shape. Wiseman connected with a group of players in his hometown of Nashville, Tenn., playing backyard pickup games and training together. He knows not everyone had the same experience, though.

Wiseman predicts that there will be some rust the players will need to shake off, but he feels prepared to play, with whichever team he’s on.

“I feel like these guys are going to make sure their minds and bodies are ready for the season,” Kulp said. “It’ll be impressive to see how they rebound.”

It’s not just the players who are hoping to rebound, but the Senators as a whole. Kulp stressed that the team needs fans to head to City Island, now more than ever.

“We are here as an outlet for affordable family entertainment, and we need the community’s support now,” he said.

For the hardcore sports fan and those who just go for the food or entertainment, baseball marks another sense of normalcy as society approaches post-pandemic life. May 11, the Senators’ first home game, can’t come soon enough.

“It’s going to be a very emotional day,” Kulp said. “It’ll be a time for celebration.”

Tickets for the Senators’ 2021 season are being sold in pods of two, three, four or six to allow for social distancing. May tickets are on sale now. For more information, visit the Harrisburg Senators’ website.

Tuesday, May 11 through Sunday, May 16 – Richmond Flying Squirrels

Tuesday, May 18 through Sunday, May 23 – Altoona Curve