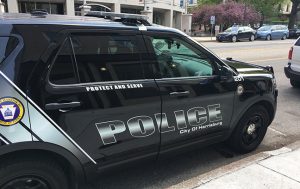 A new crew from the Harrisburg Police Bureau will soon hit the streets.

The city has hired seven community service aides, part of an effort to improve relationships between the bureau and residents, as well as assist busy officers.

These full-time civilian positions were approved as part of Harrisburg’s 2021 budget, which included a $1 million increase for the bureau.

During the budget process last year, the proposal for the CSAs faced community opposition, with some residents unhappy that additional funds would go to the police rather than to other community resources.

However, council voted to add the seven positions, expanding the bureau’s community policing division. Over 140 people applied for the positions, receiving more interest than any other position in the bureau, said Blake Lynch, director of community relations and engagement for the bureau.

The new hires will interact with residents, handle quality of life issues and assist offers on calls, Lynch explained.

The CSAs are currently still training and beginning to meet with residents, Lynch said. Community members will have the chance to meet them at National Night Out, an upcoming event hosted by the bureau.

The seven aides are all from the Harrisburg area, are familiar with the city and meet the bureau’s main qualification for hiring— “a heart to serve our residents,” Lynch said.

“The CSAs will serve and be a resource for our residents and officers, as well as continue to build trust,” he said.