This work by sculptor Michael Garman will be part of next month’s estate auction.

Long-time Mayor Steve Reed may be Harrisburg’s most famous collector.

Next month, you’ll have the opportunity to claim an object from his personal collection, as Cordier Auctions & Appraisals holds a two-day estate sale.

“It really is an honor to be entrusted with the Reed estate,” said David Cordier, founder and owner of the Harrisburg-based auction house. “Mayor Reed was a somewhat controversial figure in Harrisburg, but the significant progress to Harrisburg during his tenure speaks to his success as a leader.” 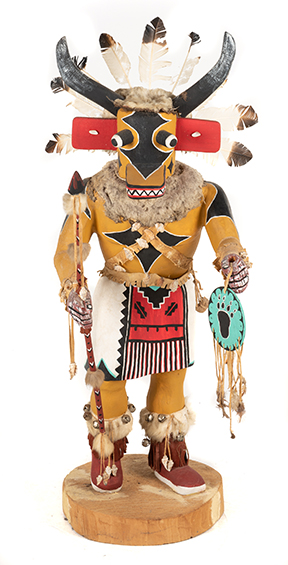 During his 28-year mayoral tenure, Reed collected thousands of artifacts for five museums he hoped to build in Harrisburg. He succeeded in building two—the National Civil War Museum and the Pennsylvania National Fire Museum.

Reed bought most artifacts with public funds, and, years after his tenure, he was arrested on numerous theft-related charges, as hundreds of artifacts were discovered in his home and at a separate storage site.

In 2017, he was given probation after pleading guilty to 20 criminal counts relating to the artifacts found in his possession. At his sentencing, he blamed an oversight while packing up his office for possession of these artifacts.

The two-day, online auction will sell items from Reed’s personal collection, some of which reflect his love of collecting and some from his long political career.

According to Cordier, auction highlights will include a “vast array” of militaria from the Revolutionary War through Desert Storm, baseball collectibles from local and national teams, vintage and modern political memorabilia, African and ethnographic arts, local collectibles, art, and a large collection of historic ephemera in addition to southwestern, western and Native American artifacts and collectibles.

For more information, visit the Cordier website. Images courtesy of Cordier Auctions & Appraisals. Pictured above: a 41-inch tall Awatoui kachina, which will be part of the estate sale.