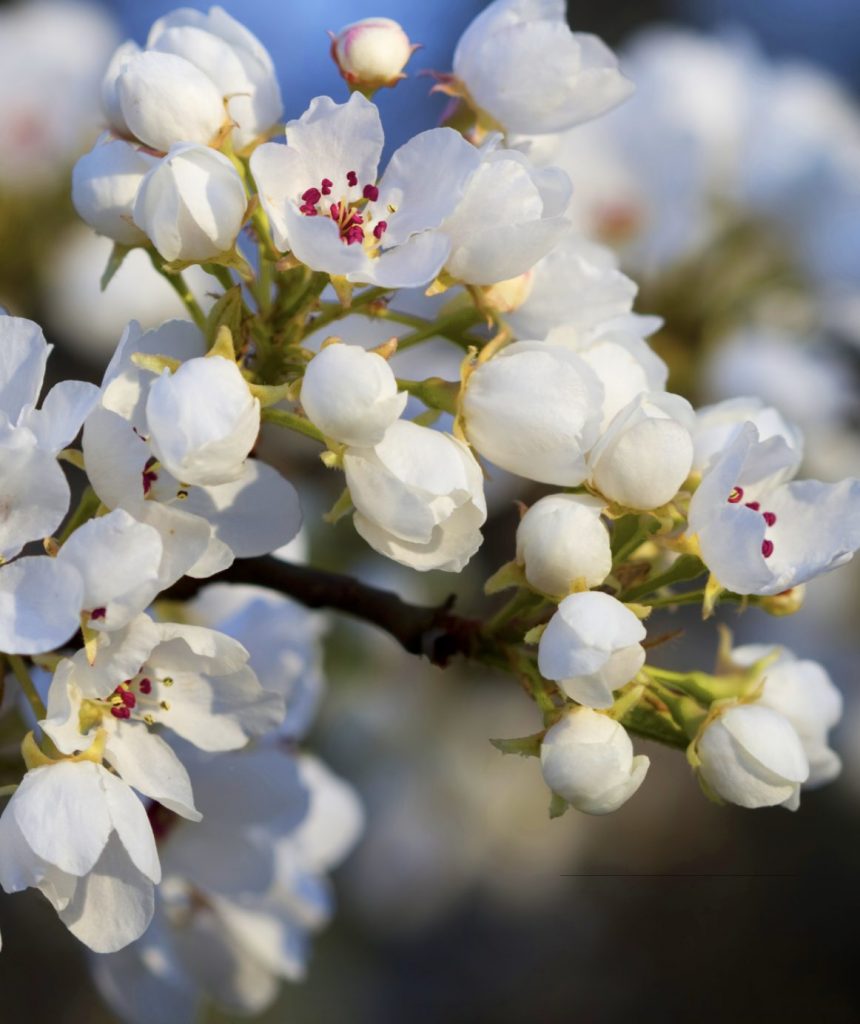 One of Pennsylvania’s most popular trees is “growing like a weed”—really.

The Callery pear tree, also called the Bradford pear, is known for its quick growth. But state officials recently placed the ornamental pear tree on the noxious weed list, labeled it an invasive species, and banned it from being sold or cultivated in the state. In a nutshell, it’s an illegal weed.

What’s so bad about this specific tree, you might ask? Despite the tree’s popularity as a longtime landscaping favorite, it has a stinky reputation.

“They smell horrid,” said Shannon Powers of the state Department of Agriculture, referring to the trees’ white spring blossoms. Stench aside, that’s not primarily why the trees are troublesome.

“It’s invasive, in comparison to native species that belong here,” Powers said. “An invasive species has the potential to harm our economy and ecosystem. And the harm to the economy comes in, when it damages agriculture.”

Today, the trees—native to Asia—are prevalent throughout Pennsylvania, but the root of the problem goes back a century.

“Callery pears were brought here intentionally in the early 1900s when researchers were looking for a blight resistant species to cross-pollinate with other trees,” said Powers. “No one maliciously brought them here. These pear trees are hardy, resist disease, and flourish, but they’ve become invasive and have spread into woodlands and pastures much more readily than anyone would have thought.”

It’s both costly and challenging to remove them, especially from farmland.

Class A weeds, although well-established, are capable of being wiped out. Callery pear trees fall into class B because “they’re so widely established that we can’t feasibly eradicate them, but we can work to control them,” Powers said. The popular, deep-red Japanese barberry shrubs were also recently deemed class B noxious weeds because, not only are the prickly plants invasive, non-natives, but they harbor ticks—serving as potential breeding grounds for Lyme disease. Class C weeds are those not yet detected in Pennsylvania, but on the federal watch list.

So, what should homeowners do about Callery pear trees?

“We’re not saying everyone should go out and chop down their trees,” Powers said. “But property owners can keep an eye on the area where the trees appear to be spreading and get rid of seedlings.”

Sometimes, the prolific trees’ growth is actually their own downfall.

“They have poor form and tight branching, so Bradford pear trees split regularly because the branches get too heavy,” said Ellen Roane, Harrisburg city forester.

When that happens, she said, it’s actually a good excuse to remove the entire tree.

It’s a common scene in Harrisburg because there are more Callery pear trees than you can shake a stick at. More than 700 were counted, Roane said, during the most recent inventory of city street trees. That means Callery pear trees account for more than 10% of the trees lining Harrisburg roadways.

Street trees are planted and maintained by property owners, but because they’re within the public right of way, they’re regulated by the city. When property owners contemplate planting trees, they must consult the city’s “approved species list.”

“The Callery pear hasn’t been on the approved species list for Harrisburg since at least 2015,” Roane said.

Her reaction when she heard the Department of Ag was banning further sales of the tree? “I thought, ‘Finally, thank God,’” she said.

But in the meantime, she’s stuck regulating these now-noxious trees.

“If it was on my property, I would remove it—it’s just really problematic,” Roane said. “We’re not mandating that at this point, but the city does have a program for low-income residents and senior citizens. We will remove or prune trees if they’re not in great condition, at no cost.”

The Norway maple is another tree on Roane’s hit list. It too, is “highly invasive,” she said, and slightly more prevalent than Callery pear trees in the city. Both are examples of streetscape species once thought to be good choices—but today, we’re paying for those mistakes of the past.

“The most important thing is, when you’re looking at your landscaping, learn about what you’re buying, look at what’s going to thrive in your area, and look for native plants,” Powers said. “Native plants are not going to cause problems down the road.”

Homeowners headed out to nurseries across the state this spring likely won’t find trees labeled Callery or Bradford pears anymore, although nurseries have two years to deplete their supply and comply with the ban. But there are plenty of better options.

“We had 523 trees arrive yesterday, and that’s just the beginning of our spring stock,” said Alicia, nursery manager, during the first week of March at Stauffers of Kissel Hill Linglestown.

Her best advice for native alternatives to Callery pears?

“The most popular trees, especially for spring blossoms, are actually cherry trees,” she said.