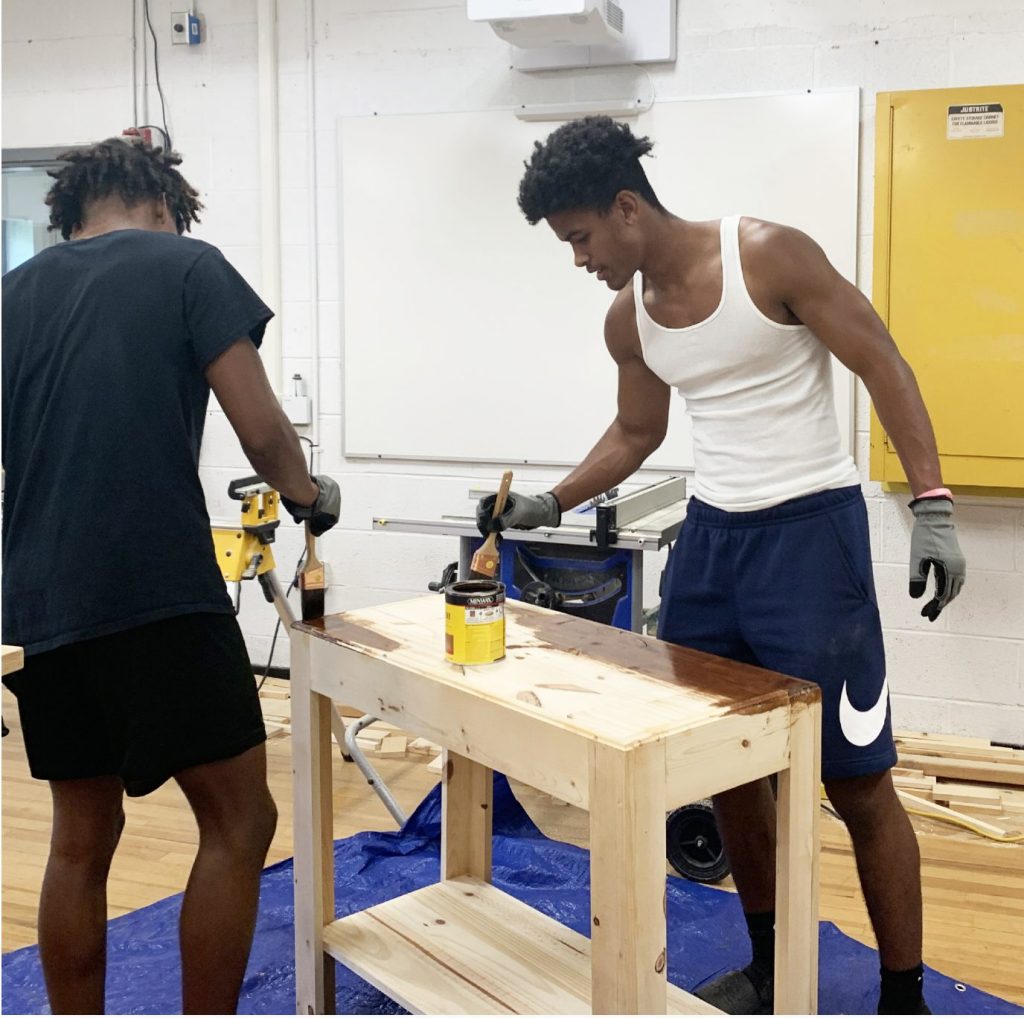 Evolve Youth Trades Academy’s mission is to educate young people about productive career paths that involve using their hands and their minds, while lifting them up and offering them hope.

“We believe that trades are not the last opportunity, but a first choice,” said Patricia Robinson, founder and CEO. “Without a path, students will end up on the streets or incarcerated.”

“We want to make sure that there’s access for all students and that they are able to sustain themselves,” Robinson said. “We have children who are underachieving, and we want a level playing field. If we can give children access to opportunities, the community can thrive. We want to put the right tools in their hands so they can be proud of their sustainability.”

“I have companies coming to me, and they don’t have enough people to fill positions,” said Robinson, a 55-year-old resident of Linglestown. “They’re telling me, ‘We’ll train them. We’ll pay them.’ It’s challenging to find work that fits everybody. People are getting into jobs because they have to, not because they want to, and that’s unhealthy.”

Four years ago, Robinson was a teacher in the Central Dauphin School District, until one day she felt it “wasn’t enough.” So, in April 2019, she founded Evolve Youth Trades Academy.

“I didn’t choose to start Evolve,” Robinson said. “I really think it kind of chose me.”

She explained that an eighth-grade student told her that he planned to drop out of school, and that inspired her.

“I realized I wasn’t having enough of an effect in the school district,” she said. “My goal is to shape young minds in order to create change.”

Janice Baldwin, a 17-year-old Harrisburg resident, is a testament to what students can attain. Two years ago, she was exposed to a hands-on, little-bit-of-everything course at Evolve, discovering a proclivity for carpentry. She also learned a little bit about herself.

“I love working with my hands and meeting new people,” Baldwin said. “At the school, it’s like a family environment. I think there’s power in confidence. I don’t think people should let others’ doubts and opinions bring you down, because you know yourself better than anyone.”

There are no requirements for acceptance—just an open mind and a natural curiosity for learning. The school accepts students as young as 12.

“We are looking for the underserved, marginalized students who are interested in the trades,” Robinson said. “Not all students are academically inclined. Oftentimes, students’ imaginations are stifled. Trades lead to creativity. There isn’t just one path to success.”

Because when their options are limited, students’ growth is stunted. Faced with decisions that will affect the rest of her life, Baldwin, for one, isn’t closing any doors.

“I plan on going to Penn State-Harrisburg and majoring in biology or science,” she said. “After I finish my years at Penn State, I do plan on getting a carpentry certification. I’m positioned for both. I see no reason to get rid of either.”