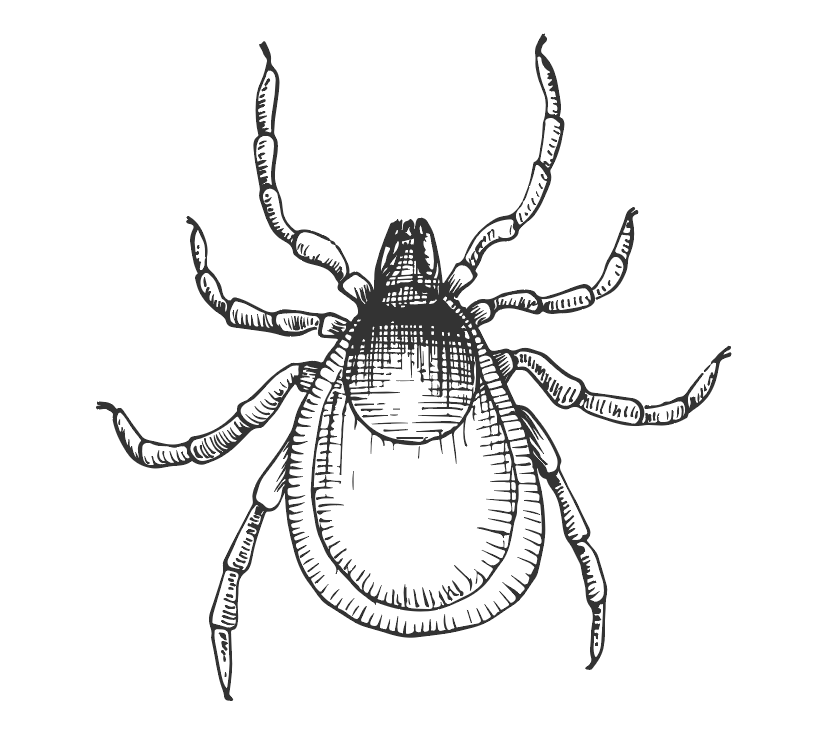 The summer of 2017 was a painful one for Jennifer Hartz.

An avid marathon and half-marathon runner, she could barely run two miles, and, by August, she could hardly walk. That’s when severe abdominal pain set in.

“I went to the hospital, and, at first, they thought it was diverticulitis, then my appendix,” Hartz said.

Still, she remembered having a scratch above her right knee that might have been an insect bite.

“I questioned them on Lyme disease,” she said. “They tested me, and it came back negative.”

She went through with surgery to remove her appendix, but, at her follow-up appointment, the doctor revealed they had found no appendicitis.

“I was still tired, still struggling to breathe,” Hartz said.

By November, a family friend who had Lyme disease recommended that she see Dr. Francis Noonan, a Lyme-literate family doctor in Myerstown, Pa. His testing revealed that she did indeed have Lyme disease, along with several additional co-infections. She learned that ticks, in addition to carrying Lyme disease, may carry additional infectious diseases.

It took more than six months of medications until Hartz started feeling better. Three of her neighbors—she lived in Halifax at the time—were also diagnosed with Lyme. Today, she manages joint pain and other symptoms with a holistic approach through diet and supplements, and she’s back into running.

As business manager for Meyer’s RV in Harrisburg, she wants people to be able to enjoy the outdoors, yet be on guard for Lyme symptoms.

“Anybody who’s out in the woods, they need to be aware,” Hartz said. “If you get a tick on you or feel symptoms, be tested right away.”

But the tiny ticks carrying Lyme aren’t just in the woods—they can be in backyards, too.

One of the classic symptoms of Lyme disease is a bull’s-eye mark on the skin, but it never materialized for Hartz and many others, including Eric Huck of Lewisberry. He found two ticks, yet he didn’t develop rashes on his body until five months later—a dermatologist documented 20 rash marks. That was 12 years ago, and he’s still battling symptoms today.

But Huck is also on the frontlines of Lyme information. He’s vice president of the PA Lyme Resource Network, the state’s leading advocacy group for Lyme awareness, education and support, which he helped found nearly 10 years ago.

“I started calling other support groups in PA for best practices, and every one of them was flying by the seat of their pants,” said Huck, a certified financial planner. “What I do professionally is also exactly what I do in creating support mechanisms for the PA Lyme Resource Network.”

Today, the group is comprised of 18 support groups across the state, dozens of volunteer facilitators and board members—and each one, Huck said, has had a personal or family journey with Lyme disease.

“Everybody knows somebody with Lyme, yet we haven’t reached a saturation of awareness,” he said.

Misinformation, missed symptoms and misdiagnoses are common. Part of the problem is that Lyme symptoms are often mistaken for other conditions, and Lyme cases are often compounded by different co-infections.

“Everybody has different symptoms,” Huck said. “For me, it is brain fog, not being able to concentrate or remember what I read… also fatigue, joint pain in my connective tissues—knees and elbows—and a pounding headache.”

The group’s educational program, “Dare 2B Tick Aware,” is designed to clear up confusion. Available to businesses, schools and groups, the seminar shares information about ticks, Lyme prevention and common symptoms: fever, headache, achiness, fatigue, skin rash and feeling like you have the flu.

Having medical and pandemic news in the headlines for the past year has actually been somewhat helpful to Lyme awareness.

“Personally for me, being able to use COVID-19 as a backdrop by way of association to Lyme has been helpful in creating a better understanding of Lyme,” Huck said. “The nature of infectious disease overwhelming the immune system and causing long-term problems is somewhat analogous.”

Pennsylvania has had the highest-reported number of Lyme cases in the nation for many years and is one of 15 states considered “endemic” for Lyme.

State health department spokesperson Maggi Barton said that’s because Pennsylvania has one of the highest populations, and, therefore, “we will naturally report more Lyme cases.”

Lyme statistics seem just as shifty as the disease’s symptoms.

“Some states use different reporting methods for Lyme disease,” Barton said. “Lyme disease investigating and reporting is not currently consistent across all Lyme endemic states.”

Even within Pennsylvania, it’s hard to know what we’re dealing with.

“We think the Lyme cases we document are about one-tenth of the actual cases,” said Dr. John Goldman, an infectious disease specialist with UPMC Pinnacle who practices primarily in Harrisburg.

Lyme disease testing is also unreliable, with “test results only positive about half the time,” Goldman said.

May is Lyme Disease Awareness Month, and Goldman said that’s the most important thing—awareness.

“We need to have an awareness of how common it is in state,” he said. “If treated in the early stage, it’s very curable and won’t go on to chronic diseases.”

Checking for ticks after being outdoors and using repellant with DEET are his top recommendations.

In a year when COVID-19 vaccines dominate headlines, Goldman noted that, while Lyme vaccines continue to be studied, “Ironically our dogs can get a Lyme vaccine.”

Meantime, Huck continues to dedicate about 20 hours a week to Lyme awareness. By helping others, he’s worked through his own grief.

“It’s taken me a decade to get past the seven stages of grief—the grieving process is very prevalent for anyone with a chronic illness,” Huck said. “I’m no longer bitter… now it’s, ‘What can I do to influence change, improvement, in the lives of others?’”

For more information, including the Dare 2B Tick Aware program, see the PA Lyme Resource Network’s website at palyme.org. The Pennsylvania Department of Health’s information on Lyme disease is at health.pa.gov/topics/disease/Pages/Lyme-Disease.aspx.