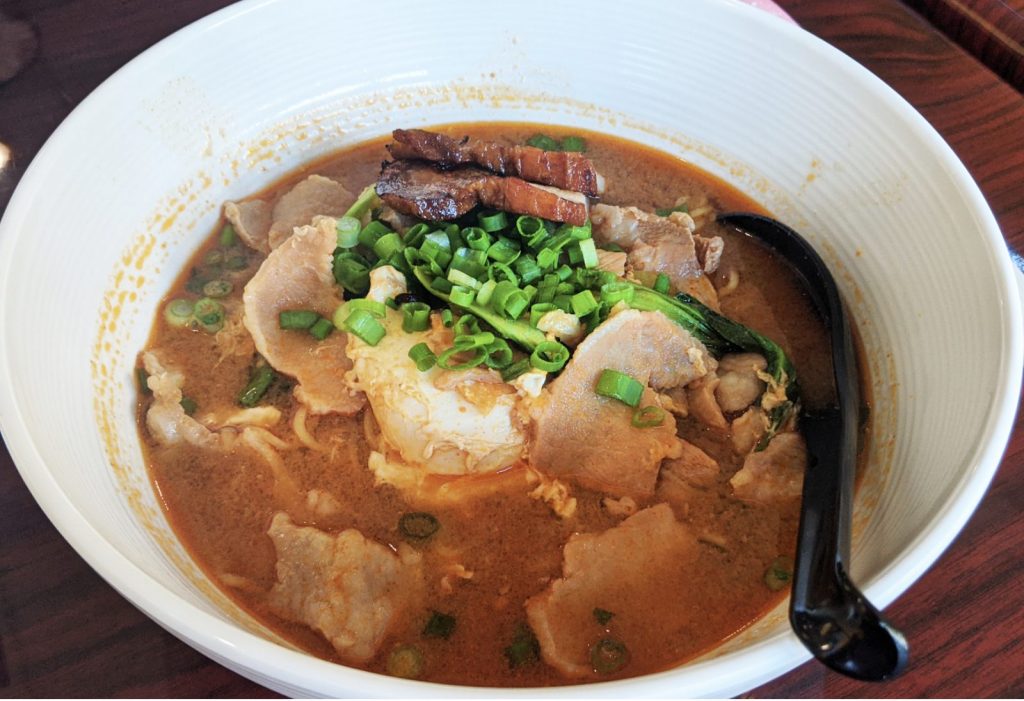 It’s almost as if we blinked, and it was gone.

In October 2019, New York transplants Nyunt and Than Win opened Tri Asian Taste at a busy corner of Trindle Road near Mechanicsburg, the long-time home of the beloved local institution, Chef Wong. Just as they were gaining momentum, COVID hit, causing the new restaurant to lose its footing at a crucial time, just as the public was catching on.

The Wins moved on, relocating to Harrisburg’s Broad Street Market, where they are benefitting from a built-in traffic base. Meanwhile, another team has taken over their old location. Chef Patrick Oo and manager Zaw Nang have reopened the restaurant as Taste of Asia.

Nang explains that they are leasing the restaurant for a year.

“We’ll see how it goes,” he said. “We kept the décor, but changed the menu a bit. We’re serving sushi, Thai and, most importantly, ramen. This is what we believe will bring people in the door.”

Nang and Oo, who, like the Wins, hail from New York, said that they picked Pennsylvania due to the similar climate. Like New York, our winters are long and cold and ideal for serving hot ramen.

“That’s our niche,” Nang said. “You see a lot of sushi and Thai places, but not much ramen here yet.”

As a boy in Myanmar, Chef Oo was introduced to cooking by his father, who specialized in Chinese and Indian cuisine. Oo moved to Singapore then came to the United States, where he worked in New York restaurants before moving to Mechanicsburg.

At Taste of Asia, Thai dishes include black pepper beef and Thai spicy basil, with chili, basil, garlic, onions, bamboo shoots and bell peppers in a brown sauce. Red, green and Panang curry dishes can be ordered with a choice of protein, as can a selection of fried rice dishes. The sushi selection includes familiar favorites like dynamite rolls, spicy rolls, California rolls and eel rolls.

But it’s the ramen that really stands out, with nine ramen bowls on the menu. According to Oo, the most popular so far has been the “stamina,” a rich, delicious, spicy, stick-to-your-ribs dish with chicken broth, garlic, pork belly and scallions, topped with a poached egg.

“We also sell a lot of coconut noodle ramen bowls,” he said.

Nang added that the partners settled on the menu after a great deal of deliberation.

“As a person who views things from an efficiency perspective, I felt like Thai dishes take too long,” he said. “You can’t prepare five in a row or three in a row, like you can ramen and sushi, respectively, but you just can’t ignore Thai. It’s 30% of our business.”

The partners also must deal with the same challenge that most businesses now face—a lack of staff.

For now, the pair is using social media to advertise and is doing something a little different than the Wins, reaching out to area hotels and dropping off menus. They’ve also enlisted the services of Door Dash, Grubhub and Uber Eats. According to Nang, about 20% of sales are from online orders.

Rachel Bennett, who lives nearby, was watching with interest as a new sign was erected in front of the restaurant.

“I had been waiting to come here and just had the coconut ramen, which was delicious,” she said.

She and a companion also shared a shrimp roll.

The Mechanicsburg resident said that she is new to the “ramen culture” and intends to return to try a “little bit of everything.”

Both Oo and Nang said that they are confident that business will continue to improve as the word gets out.

“Slowly, people are learning about it,” Oo said. “They like it, and they are returning. I’m enjoying talking to all of the customers and getting to know them, some who have spent some time in Asia.”

“They’ve enjoyed the food and said they will come back,” Nang added.