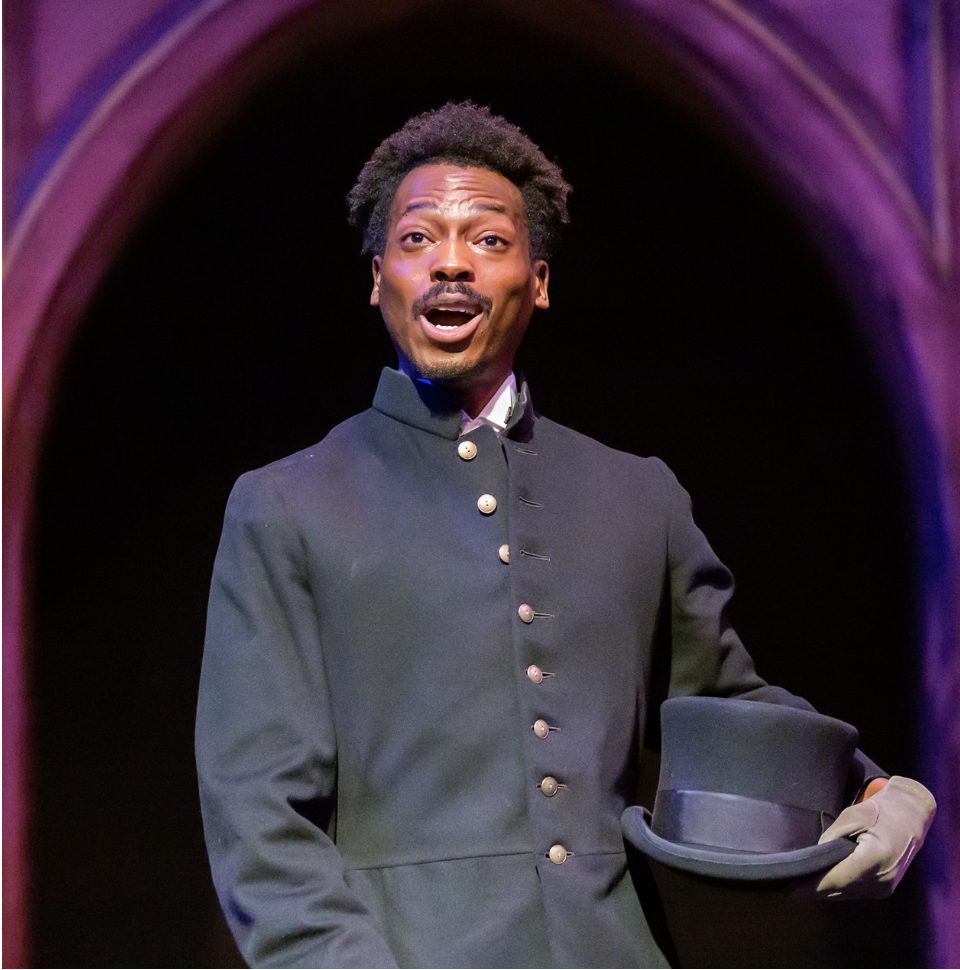 “Can any good thing come out of Harrisburg?”

This question is addressed, and answered, this month, as Gamut Theatre and Sankofa African American Theatre Company partner to bring “Echoes of Voices of the Eighth” to the Gamut stage in Harrisburg, as part of Dauphin County’s Black History Celebration.

Opening on Feb. 11, this play by Sharia Benn is a deeper exploration of the Old Eighth Ward. A century ago, this vibrant neighborhood was torn down to make way for the expansion of the state Capitol Complex.

As a continuation of the original show from 2019, “Echoes of Voices of the Eighth” is a journey that transcends time to connect two Black teens from the same Harrisburg neighborhood.

This heartwarming story connects the young and old, past and present, and gone but not forgotten, to celebrate the history-making contributions of African Americans who lived in the Old Eighth Ward.

Poetry and music infuse this original play in which Kay, a soon-to-graduate high-schooler, finds her voice and value during an encounter with the past. On her journey, Kay meets Della, who lived a much different life in the long-gone Eighth Ward. As different as the times they live in are, Kay and Della discover that they are connected in many ways.

I had the opportunity to find out a little more about the play from the perspective of Lyeneal Griffin, a former Gamut Theatre Core Company member.

Griffin returns to Harrisburg this month to work on the production. He explained his opinion on why this story—and why now.

“Mark Twain says, ‘History doesn’t repeat itself, but it often rhymes,’” he said. “It’s important that we leave something of value behind for those who come after us, so that they don’t repeat the same mistakes or experience the same challenges that we face today.”

So, what can we expect from this reprisal?

“‘Echoes of V.O.T.E.” shares a similar story to the first adaptation, but will give audiences a completely different experience,” he said.

Twelve actors, both native and non-native to the area, portray over 17 characters from the Old Eighth Ward to tell the story.

“Sharia Benn has deepened and expanded the world of the play, including more voices and stories from the prominent individuals of Harrisburg’s Historic Eighth Ward,” he said.

During this journey from present to past and back again, we meet abolitionists, activists, changemakers and poets, who all were instrumental in fighting for the freedom and rights we enjoy today.

So, to reprise the question: “Can any good thing come out of Harrisburg?”

As it turns out, all of these extraordinary people came out of Harrisburg.

Doors and bar open 45 minutes before the show.

“Echoes of Voices of the Eighth”

Doors and bar open one hour before the show.

Tickets are “pick your price.” You can choose the recommended $38 ticket, or a discounted ticket price of $26 or $14.

For Group Sales on weekday performances,