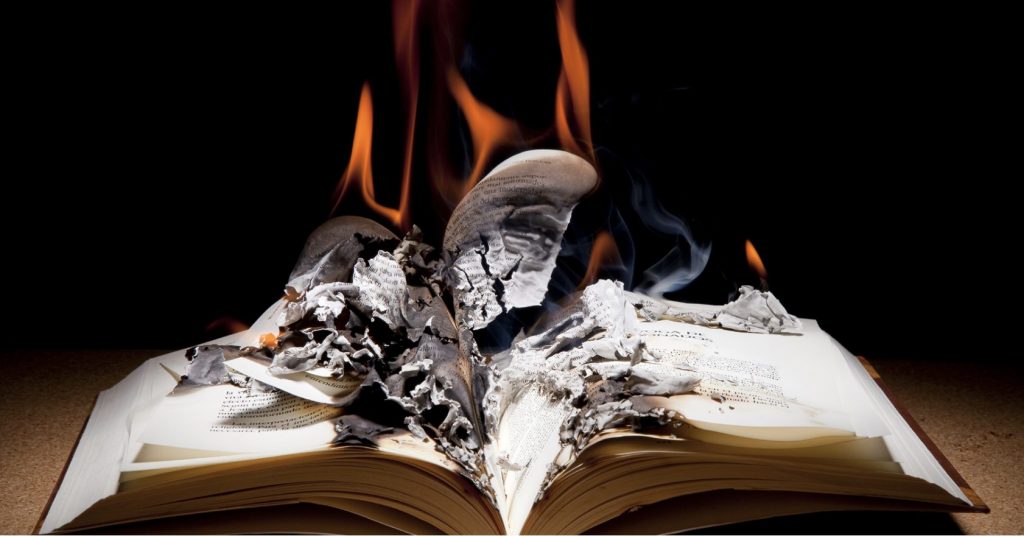 She’s written a book about Florida orchid thieves that was transformed into a popular film starring Meryl Streep as her character and traveled the world from Hungary to Bhutan for the New Yorker for nearly three decades.

For someone with Susan Orlean’s eclectic resume, the subject of libraries might seem an unusually sedate one. But in her capable hands, the story she tells in her 2018 book, “The Library Book,” is no less captivating than any of her more exotic tales.

And, this month, she makes her way to Harrisburg to benefit the library here.

Interviewed recently by phone from her home in Los Angeles, Orlean was an enthusiastic conversationalist. The ostensible subject of her book is the catastrophic fire that occurred at the Los Angeles Central Library on April 29, 1986, a conflagration that destroyed some 400,000 books and damaged 700,000 more, along with innumerable other irreplaceable items in the library’s extensive collection.

The blaze was so devastating that the building remained closed for seven years, surviving a proposed demolition before it was renovated and expanded. Harry Peak, a “storyteller, a yarn-spinner, and an agile liar,” with vague aspirations of an acting career, was charged with the arson. Orlean narrates the story of the investigation that led to his arrest with the attention to detail of a skilled mystery writer.

But the fire itself and its aftermath only serve as an intriguing point of departure. “The Library Book” quickly blossoms outward from this curious true crime story into a history of the Los Angeles Public Library, a skillful guided tour behind the scenes of the “intricate machine, a contraption of whirring gears” that is a modern urban library system, and a reflection on the myriad functions libraries serve in American society.

Orlean admitted she “loves writing about history, particularly these little-known pockets of history that ended up being meaningful, but don’t fall into the category of mainstream history.” In this case, that includes subjects like the critical role that female leaders played in the early days of the Los Angeles library, at a time when many libraries denied access to their gender, along with concise biographies of some of the colorful figures in the library’s history of nearly 150 years.

“The Library Book” overflows with fascinating facts, among them a description of stoichiometric condition, a rare situation that results in total, perfect combustion, as seen in the Los Angeles fire, or the number of books destroyed in Europe in World War II. The one that remains most securely lodged in Orlean’s memory is that there are more libraries in the United States than McDonald’s restaurants, a fact she said she found “particularly delicious.”

In order to get a sense of how the library’s books were quickly consumed by fire, she even burned (with trepidation and much regret) a copy of Ray Bradbury’s “Fahrenheit 451” in her backyard. As for Harry Peak’s guilt or innocence, even after her thorough investigation, she remains “of two minds” on that subject.

At the time Orlean wrote the book, her mother was in the early stages of dementia, and the project also helped her preserve memories of their frequent visits to her childhood library in Shaker Heights, Ohio.

Orlean vividly recalled those experiences as she began to make trips to the library with her own son. This sense of continuity, she said, reminded her “how connected we are to these places, that they’re more than just repositories of books, they become very personal for almost everybody who visits a library.”

Orlean also believes strongly that libraries have a critical role to play in strengthening democratic values. “A foundational notion of a democratic society is equal access to information and knowledge,” she said.

“Libraries are the ideal embodiment of that,” she added. “In order to consider a society fair and democratic, everybody should have access to the same information, whether it’s something that they own and view at home or whether it’s made available to them through a public space. That’s really served so thoroughly by libraries.”

In this way, Orlean noted, libraries “do what they claim to do.”

On May 8, Orlean will visit Harrisburg for an invitation-only live event at Whitaker Center in connection with the launch of a capital campaign by the Dauphin County Library System to renovate the Haldeman-Haly House and the adjacent McCormick Riverfront Library. She’ll be interviewed by NPR White House correspondent and former WITF reporter Scott Detrow, and their conversation also will be live-streamed to the public via the campaign’s website.

Dauphin County Library System Executive Director Karen Cullings pointed out that the renovation project presents “a unique opportunity to recover public library space for service to children and expanded community partnerships and to participate in the continuing revitalization of downtown Harrisburg.”

Orlean’s “The Library Book” will resonate with anyone who feels they’ve come home when they step inside a library. Perhaps that explains her quick answer when asked to name the most gratifying aspect of the public response to her book.

“One of the things that was thrilling was just realizing that I had tapped into this almost inexhaustible amount of affection for libraries,” she said. “There is just a lot of emotion connected to them, and that really made me happy.”