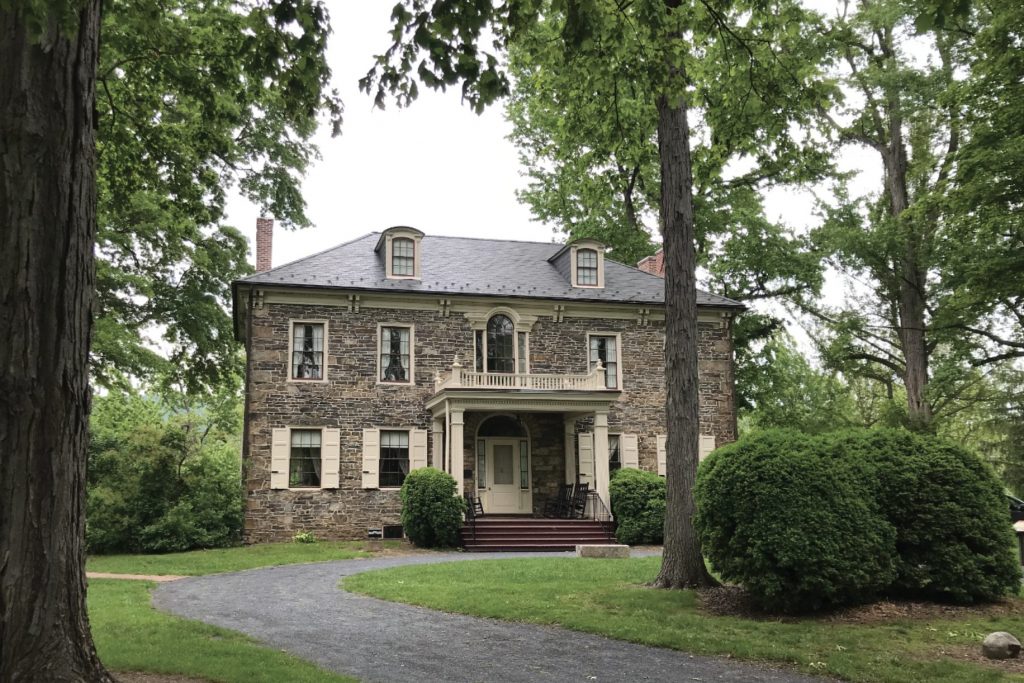 Harrisburg’s best-kept secret may be a 20-mile trail first conjured up by City Beautiful planners in 1902 that finally became a reality over nine decades later.

Today, the Capital Area Greenbelt takes riders and walkers not only through nature, but also through cultural landmarks, past sports fields, near restaurants and coffee shops, and by a myriad of historical landmarks.

The Tour de Belt returns this year on June 5 to celebrate the trail while also raising funds to help maintain and improve the Greenbelt. While it’s exhilarating to join hundreds of riders (nearly 1,000 typically ride) on the loop around the city, the secrets of the trail can be discovered more easily on solo or small group rides.

The adventures can kick off from a number of trail locations, but a good starting point is the trailhead off of Derry Street near the City Line Diner. It’s just a few blocks down from The Tiger Eye Coffee Shop (3418 Derry St.), which welcomes Greenbelt traversers with a bike rack, outdoor seating and a variety of tasty drinks and treats.

Most of the trail is either paved trails or gravel roads, so bicyclists, joggers and hikers can largely avoid city streets. Beginning at Derry Street, riders encounter some hills, particularly on the ascent into Reservoir Park that starts out gently, but gradually becomes steeper and steeper until—gasp! The Civil War Museum and various statues and fountains welcome riders to the summit. From there, it’s literally downhill for a bit.

One of the more “secret” areas on and near the Greenbelt includes the East Harrisburg Cemetery off of Herr Street and Edgemont Road. The trail winds to the west of that, bringing riders out near the former Harrisburg State Hospital grounds, where they have a choice to take a short detour to Veterans Park in Susquehanna Township off of Elmerton Avenue. Along with a playground, sports fields, and tennis courts, the park also has monuments to World War II, Korean War and Vietnam War veterans.

Take some time to tour around the former hospital campus, which first opened in 1845 and is now listed on the National Register of Historic Places. It’s as pleasant as it is creepy with interesting architecture, climbing kudzu and flashbacks from the psychological thriller, “Girl, Interrupted,” which was filmed there in 1999, launching Angelina Jolie’s career.

Depending on when one is riding, it might be possible to take a brief stop to enjoy some cricket at the Lower Field park at 2301 N. Cameron St., where Pennsylvania United Cricket Association matches are played.

A pedestrian tunnel takes riders under Cameron Street, coming out in front of the Farm Show Complex, where the Greenbelt parallels the busy thoroughfare until turning onto Wildwood Park Drive, then through the HACC campus before following Industrial Road to Wildwood Park.

Not only does the trail become more scenic with the lake, cattails, croaking frogs and singing birds, but it also gets hillier and more challenging as it wraps around the lake with installations from the outdoor exhibit, “Art in the Wild.” The exhibit surprises trail users with splashes of color, unusual shapes and creative integrations with nature.

Soon after exiting Wildwood Park and cruising down Linglestown Road, riders have a choice to detour off the original loop onto a recently completed expansion that follows N. Front Street on a paved path along the river to historic Fort Hunter Park.

Bikers can stop for food at multiple mini-markets and fast food restaurants as well as bar food at The Boro and steaks at the Glass Lounge along this stretch. Getting back on track on Linglestown Road, bikers will take a right onto Kaby Street by the Donald B. Stabler Memorial Park and enjoy the quiet residential streets of Susquehanna Township before returning to the hubbub of Front Street along the river.

Views of wildfowl and bridges, art and sculptures, and historic buildings like the state Capitol—as well as the possibility of a side trip to City Island via the Walnut Street Bridge—are well worth the busyness of the path as trail users travel south through Harrisburg, eventually coming out by the PennDOT building.

Phoenix Park rises along the river past the building, including a construction site that will be the home for the future Tiny Homes Veterans Village. Gravel trails then loop riders near the Lochiel Hotel, a big, yellow curiosity with a checkered historic past. From there, the Greenbelt parallels Cameron Street until it crosses over just past 13th Street by the Dauphin County Recycling Center.

This area of the trail that follows Spring Creek between 19th and 28th streets offers wild solitude in the middle of urban chaos. The trail here (and also off Derry Street) includes StoryWalk cards sponsored by the Dauphin County Library System, offering children playful interaction. It also provides the only access to the Dr. Martin Luther King Jr. Memorial, an 11-foot jet-black obelisk in a memorial garden.

Sculptures, flowers and native plants sprout up in the Five Senses Garden off N. Harrisburg Street. Not far after drinking in the garden’s splendor, the trail challenges bikers to safely cross over Paxton Street and wraps along City Park Drive and Derry Street before depositing them back onto the safety of a dedicated trail at the Paxtang Parkway.

That riders can escape to nature hidden along the river, through parks and within the city proper, is a treasured legacy from the early 20th century planners. This emerald necklace is a true urban gem.

Bike It, See It

Numerous sites and stops dot the 20-mile Capital Area Greenbelt loop. Long-time CAGA and Bike Harrisburg member Dick Norford, who offers tours around the Greenbelt, drew up a list of 39 interesting things to see along the way.

Dick Norford offers private bike tours of the Capital Area Greenbelt. You can reach him at RNorford@comcast.net.