Each year, during the final week, we take a look back to our most-read online stories and share what got the most clicks, views and reads.

We post all of our copy online, including our magazine features. However, our most popular online articles tend to be those that we publish as web-only.

And so it was for 2020. The most-read list was dominated by local business and development stories, with a heavy dose of COVID thrown in (more on that below), resulting in the most page views in our 12-year history.

So, assuming you can stomach a quick review of this universally loathed year, we present our most-read online stories, in reverse order.

No. 10. Poetic Departure. In April, our arts writer, Bob MacGinnes, penned a blog post that showed just how fast life can change. A few months earlier, he had written with great admiration of local poet Joe O’Connor after attending a book reading at One Good Woman in Camp Hill. O’Connor died several months later, an early victim of the coronavirus pandemic. Bob’s subsequent tribute to Joe was widely shared, resulting in our No. 10 story of the year.

No. 9. Vitriol & Video. Outside of COVID, only one bona fide hard news story broke into our top-10 list this year—an early November confrontation between a Shipoke resident and a city police officer following a noise complaint. Mayor Eric Papenfuse released police bodycam footage of the incident, saying it exonerated the officer. However, some residents believed differently and circulated a petition calling for the officer’s ouster. Late in the year, several neighborhood groups joined forces to appeal for understanding and ask residents to try to resolve disputes without involving the police.

No. 8. FireHouse Redux. For years, the FireHouse was one of the most popular restaurants in Harrisburg, located in the historic Hope Fire Station on N. 2nd Street. It closed in mid-2019, but, after some updating, reopened last summer under new ownership. We broke the story of the reopening, including what the new operators said they planned to offer to customers. 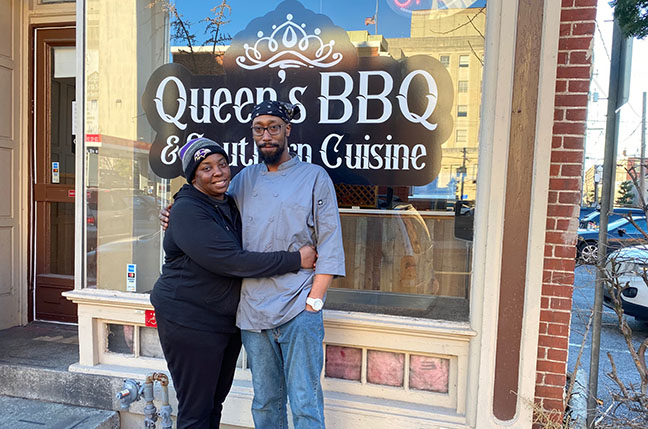 No. 7. Fit for a Queen. If we’ve learned anything from our annual lists, it’s this–Harrisburg likes its food. Every year, restaurant stories take at least a few top spots. Case in point: an early January story on Queen’s BBQ & Southern Cuisine, as it opened for business. A few months later, we doubled down by publishing a magazine feature on Queen’s, but it was this original news story that scored big page views with online readers.

No. 6. Hudson Revival. Development proposals often rank high on our annual list, and so it was for a June story that the long-blighted Hudson Building had been bought. New owner Adam Maust told TheBurg that he wants to turn the cavernous structure into a mixed-use building, with proposed amenities for the Camp Curtin community. 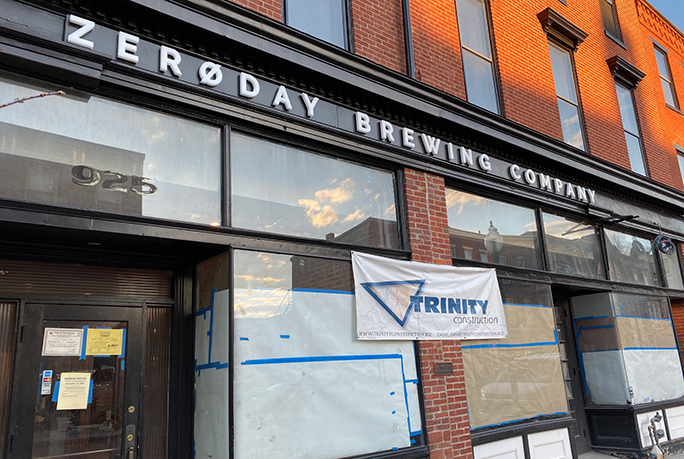 No. 5. Who Moved My Beer? At about this time last year, we learned that Harrisburg’s homegrown brewery, Zeroday Brewing Co., planned a big move to the 900-block of N. 3rd Street. We finally broke the story on Leap Day, not knowing that, soon enough, this project, along with the rest of life, would come to a screeching halt. The good news is that the build-out revved back up in late spring and now is slated for completion in early 2021.

No. 4. Eat Your Veggies. A big shout-out to Stefan Hawkins, who’s responsible both for this popular story about his new restaurant, House of Vegans (along with co-owner Laquana Barber, also pictured), and also for our No. 2 story below. This story was the only magazine feature that we published in 2020 that also made our top-10 most-viewed online list. What else do you have cooking, Stefan?

No. 3. Street Eats. As both the weather and the pandemic heated up in late May, the city and the Harrisburg Downtown Improvement District announced plans to close down much of 2nd Street for outdoor dining on Saturday nights. This news story was the first of several on the welcome al fresco event, which proved a popular option through September as restaurants remained closed.

No. 2. A Cup & a Read. An early October news story featured a plan for a Black-owned coffee/tea shop and book venue called Good Brotha’s Book Café in Midtown Harrisburg. Expect the grand opening in early 2021, again thanks to serial entrepreneur Stefan Hawkins. 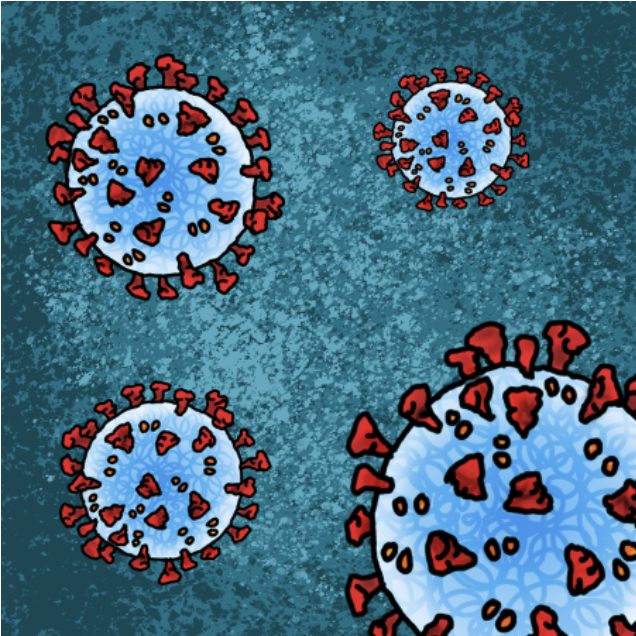 No. 1. Nothing but COVID. This year, we had to break our normal ranking rules, actually smash them to bits. In truth, seven of our top 10 stories (and 15 of the top 20) were all coronavirus-related, mostly detailing the grim daily numbers during the first few months of the pandemic. We’re wrapping up those stories into this single entry for the sake of simplicity—and everyone’s sanity. But, in case you really want to read our actual, No. 1 news story for the year, here it is from early April, some 600,000 diagnoses ago, when we were shocked–shocked–that PA could possibly have 10,000 total COVID cases. Honorable Mention:
In the news biz, a late-breaking story sometimes ruins the best of plans, and with just three days left in the year, TheBurg reported on Monday that a Harrisburg resident has a plan to turn the local landmark, “Carpets and Draperies” building, into a small apartment building. This story quickly gained thousands of page views and could break into the top 10 by New Year’s Eve, earning it an honorable mention here for 2020.

For a different take on 2020, our editor will have his annual list of top local news stories in the January magazine, which drops on Dec. 30. Does his list differ from that of our readers, who voted with their clicks? Return on Wednesday to find out!