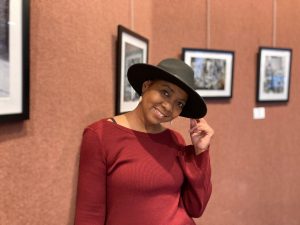 Kim Love, a New York native, returned to Harrisburg in 2017 after living in the U.S. Virgin Islands through two major hurricanes.

Starting fresh in the city, she had nothing. Love navigated homelessness, while also assisting her son, who had mental health illnesses.

She remembers sitting in her car on N. 2nd Street people-watching, taking special notice of those who were homeless downtown.

“Once I got into the situation of being homeless, I started looking at other people and their side in a different light,” she said. “These people don’t have a voice.”

Love set out to change that.

Now, the community can catch a glimpse through Love’s eyes as she seeks to give voice to people in her photography exhibit, “The Forgotten City,” in Harrisburg’s MLK City Government Center. The exhibit is part of the Art Association of Harrisburg’s Community Exhibition Program. 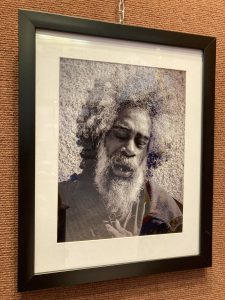 A portrait by Kim Love

It had been years since Love picked up a camera when she started Exposure with Light LLC (Art through Photography). She gravitated towards street photography and began spending time with the homeless and taking their pictures.

“The only thing that I could do was give them a voice through photography,” she said. “I want people to have that dignity.”

Love will often sit and talk with people, hearing their stories and building relationships before she pulls out her camera and ask if they are OK with a picture. Much of the time they are excited to be in front of the lens, she said. Some people will pose and ask for a copy of the photo.

“They feel that they are being seen,” she said.

Sometimes, Love will cook meals for those she photographs as thanks. She’ll be doing that this Christmas, she said.

Her exhibit in city hall is a collection of her work, encompassing themes of homelessness, justice, mental illness and the “new normal” that COVID has ushered in. Each picture tells a story that Love is happy to share.

All of her images are in black and white—she’s “old school,” she said. Many are dramatic portraits, each subject full of unique character and emotion.

“I felt her work was very relevant to our city,” said Carrie Wissler-Thomas, executive director of the Art Association of Harrisburg. “She has a wonderful eye to capture images and good composition. She has empathy. She gets to know people’s stories.” 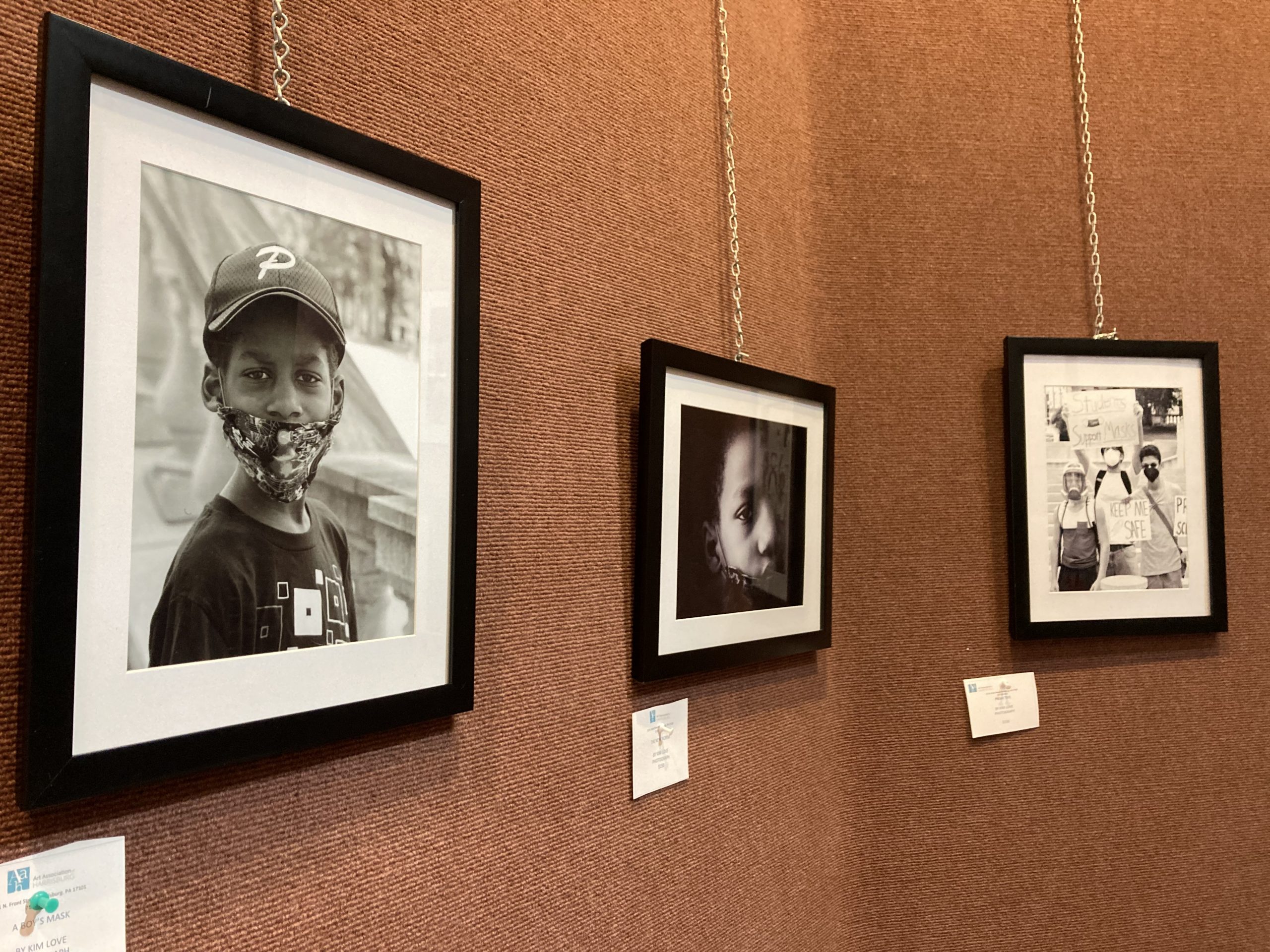 Love’s photography isn’t just for her subjects, but it benefits her as well, she explained.

“This is therapy to me,” she said. “I feel liberated when I start taking pictures.”

“The Forgotten City” will be on display in the lobby of the Harrisburg MLK City Government Center, 10 N. 2nd St., through Jan. 31. To view Kim Love’s artwork online, visit Exposure With Light’s website.