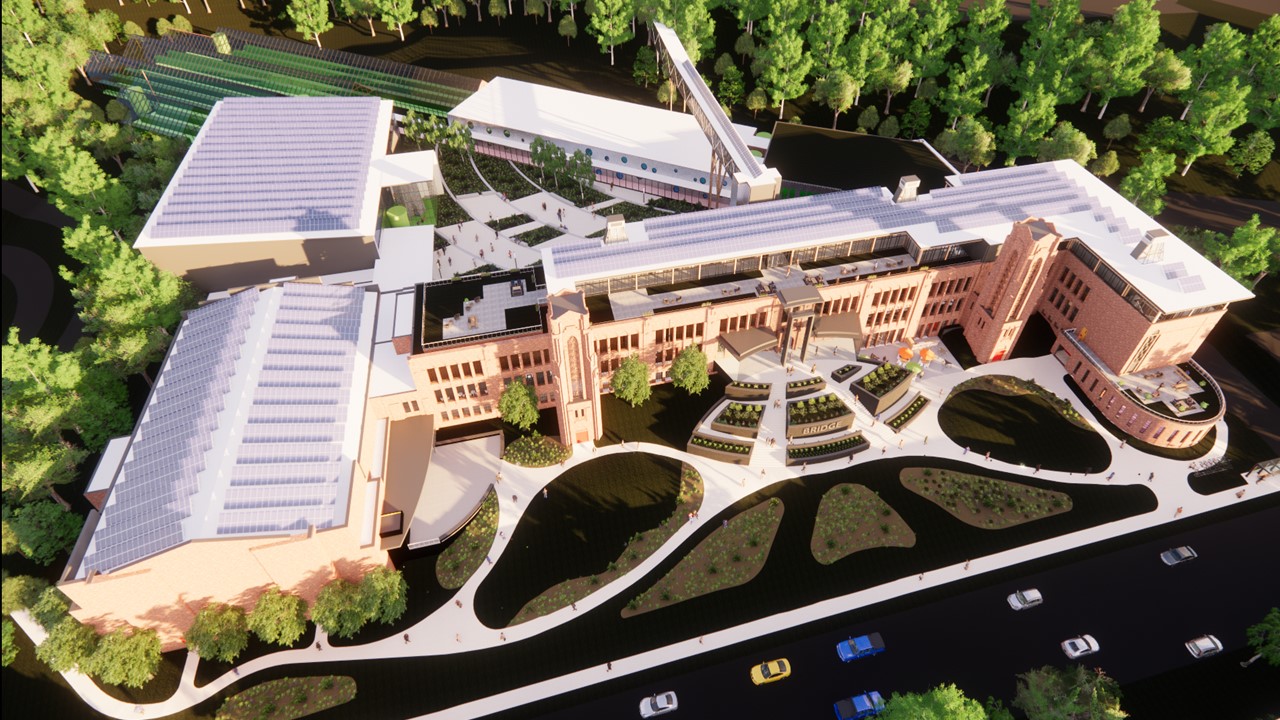 A rendering of the The Bridge Ecovillage, once completed

A proposal to renovate and repurpose the former Bishop McDevitt High School has new energy, as the state has announced a $4 million grant for the project.

According to the state, the grant would help fund the renovation of the first floor of the former high school into a facility called the JEDI (justice, quality, diversity and inclusion) Innovation Center.

Once completed, the center will include a community concert/lecture hall, library, co-working space, rooftop garden, community kitchen, fresh foods cafe and a full-service medical clinic, according to a release from state Rep. Patty Kim (D-103).

“This funding will allow for this unique building to once again house teaching, education and recreational opportunities for Harrisburg’s young people,” Kim said. “The creation of the JEDI Innovation Center is an opportunity to enrich the lives of our residents and make our city a better place to call home.” 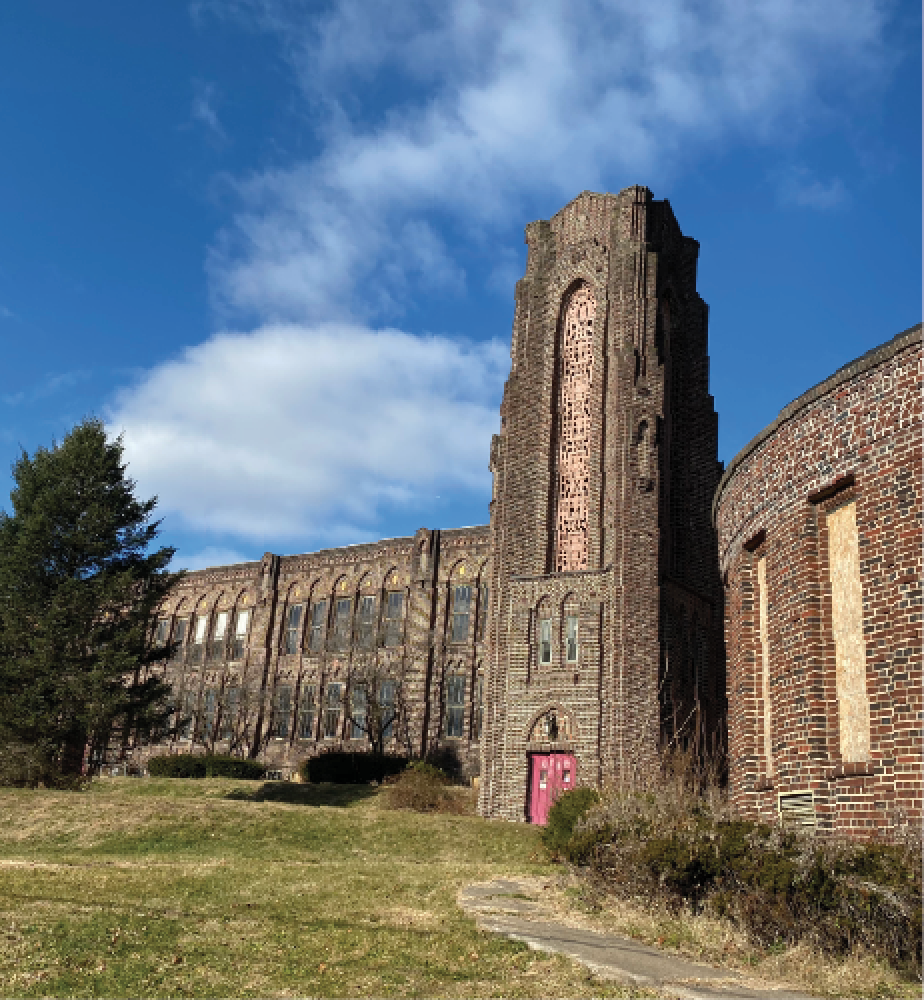 Garry Gilliam, a Harrisburg native and former professional football player, heads up the Bridge as founder and CEO. He and several partners announced the project in late 2019 and ceremoniously broke ground on it in November 2020.

The grant would help finance the first phase of the build-out of the planned mixed-use project that includes numerous components, including housing, retail, urban agriculture, education and entertainment.

The 115,000-square-foot building served as Bishop McDevitt High School for about eight decades before the school relocated to a new campus in Lower Paxton Township in early 2012.

A representative for The Bridge could not immediately be reached for comment.

Click here for a related story on other projects that received RACP grants on Friday.