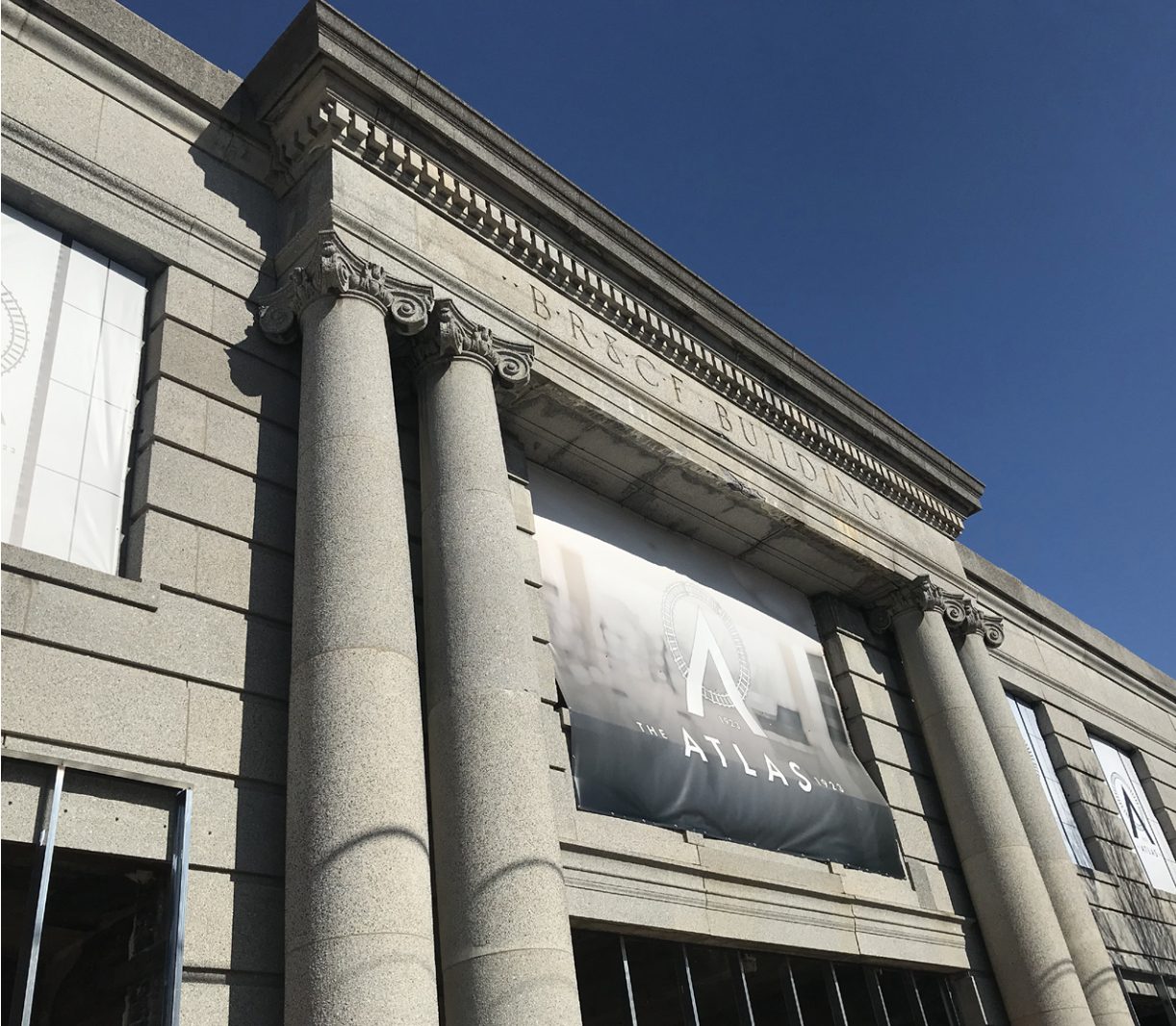 The Atlas was one of numerous Harrisburg area projects to receive RACP grants.

Hamilton Health Center, the Atlas Building and Susquehanna Union Green were among the big winners locally, as the state today announced the recipients of major development grants.

Under the 2021 Redevelopment Assistance Capital Program (RACP), Hamilton Health will receive $2.5 million to build a new primary care facility as part of the mixed-use Steel Works development on Front Street in Steelton, a project of Wormleysburg-based Integrated Development Partners.

“We are extremely pleased,” said Jeanine Peterson, Hamilton’s CEO, when reached by telephone. “The funding will allow us to do this project.”

Peterson added that the funding is testament both to the need for its services in the Steelton/Highspire/Middletown area, as well as to Hamilton’s 50-year track record caring for the underserved in central PA.

The Atlas Building in Uptown Harrisburg also will receive $2.5 million, as it continues renovating the century-old, long-empty, 50,000-square-foot building at N. 6th and Maclay streets in Harrisburg. The grant will pay for both interior and exterior work for the commercial project, including a new sprinkler system, green space and parking, according to the application.

The company received half of the $5 million requested in its RACP application.

The Vartan Group’s Susquehanna Union Green town center project also will receive $2.5 million, half of the requested $5 million. The money will help fund continued infrastructure and construction work on the commercial/residential project in Susquehanna Township, including stormwater, green space, sidewalk and roadwork components, according to its application.

Other RACP recipients in the greater Harrisburg area include:

Generally, companies and organizations in the city of Harrisburg did not fare well in this year’s RACP round. Eight other projects based in the city applied for RACP funds, but received no money. These include:

The commonwealth’s RACP program is intended for regional economic, cultural, civic, recreational and historical improvement projects, according to the PA Office of Budget.

For more information about the state RACP program, including 2021 applicants and awards, visit the RACP website.