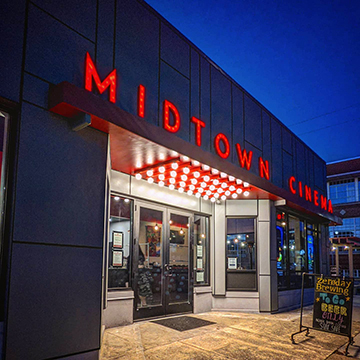 Rachel Landon has been named general manager of Harrisburg’s arthouse theater, while Stacey Werner has been hired as assistant manager.

They replace Adam Porter, who has served as director of operations since 2013, and Sammi Leigh Melville, who has been assistant manager since 2014, respectively.

“We are inheriting the responsibility for caring for and cultivating one of Harrisburg’s most important artistic institutions,” Landon said. “It’s daunting, but it’s an honor to be a part of the Cinema.”

Most recently, Landon has served as marketing director for Open Stage, a theater company in downtown Harrisburg where she also performs as an actor. Werner has long served as a manager in Harrisburg-area restaurants.

Porter recently announced his departure to focus full-time on his growing business, StartUp Harrisburg, a co-working space in Midtown. Melville is completing her second novel and will continue to write movie reviews for TheBurg.

Midtown Cinema recently completed a yearlong renovation, with major upgrades to both the interior and exterior of the building, including the location of a Zeroday Brewing Co. “Outpost” inside the lobby area.

Midtown Cinema is known for its independent, first-run films, for its special events and for its nostalgia-driven programming, such as special holiday-themed movie screenings.

“There’s always something going on at 250 Reily Street,” Landon said. “I really can’t wait for people to come here, see the upgrades that have been made to the Cinema, and enjoy seeing a movie on the big screen.”