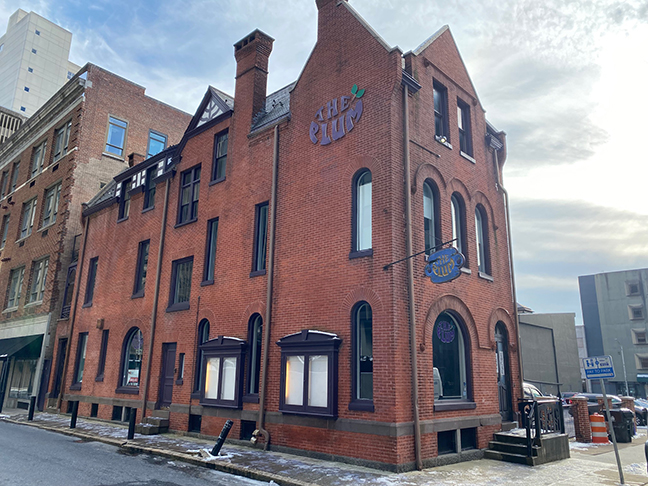 This building at 213 Locust St., Harrisburg, will become a small apartment building.

One of downtown Harrisburg’s oldest stores has closed up shop, and now its landmark building is slated to become a boutique apartment building.

On Wednesday, Harristown Enterprises said that it has bought the red-brick, Victorian-style building that long housed The Plum, a clothing and accessories store in downtown Harrisburg.

The building, at the corner of Locust and N. Court streets, will become a three-unit apartment building, according to Harristown.

“We are delighted to preserve this amazing building, which was built in 1900, and renovate it into three unique and desirable apartments in the heart of downtown,” said Brad Jones, president and CEO of Harristown, which will undertake the project with construction partner, Don Mowery. “Because this was the home of The Plum for more than half a century, purchasing and renovating this building has special meaning.”

Since 1967, The Plum has been operated at this location by Isaac Mishkin, and, later, with his daughter, Kirsten. The Mishkins put the building up for sale late last year.

The family’s history in Harrisburg retail dates back even further, when Isaac’s father, Moe, came to Harrisburg to open a millinery on Market Street some 90 years ago.

“We are happy to see that the building will be preserved,” Isaac Mishkin said. “Having served on the Harristown board of directors for many years, it pleases me to know that they will take care of this historic structure.”

Harristown will renovate the 3,300-square-foot building into three, two-bedroom units, Jones said. He expects the work to begin in February and be completed in the fall.

In recent years, Harristown has converted numerous empty and under-used buildings in downtown Harrisburg from commercial to residential use.