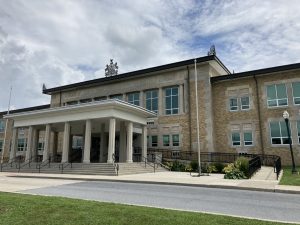 “The social and emotional wellbeing of our students and staff is essential,” she said.

ESS CEO Duncan Young explained that they plan to provide services to students who have faced trauma as a result of the pandemic, but also to students who already suffered from mental health issues before COVID.

“Even before COVID-19, the data clearly indicated that there was a growing mental health epidemic among K to 12 students,” he said.

The ESS programming will begin working with students and staff at Harrisburg High School—John Harris Campus and possibly expand to include Camp Curtin and Rowland Academy next year, Superintendent Eric Turman said.

Samuels pointed out that this partnership will increase the district’s capacity to address mental health, as it already works with several other providers.

The district may implement the ESS programming as early as December, Turman said.

According to Young, programming will address the needs of students facing mild to intensive mental health challenges. It will include individual, group and family therapy sessions, he said.

“What we’ve really seen in the last 18 months is a universal adverse childhood experience that many of our young people have faced,” Young said. “And now that we are coming back into what appears to be the first stages of a return to normalcy, we are hearing again and again from educators across all of our districts, that students are struggling with these challenges.”

He cited an uptick in behavioral challenges, depression and fighting as results of trauma caused by the pandemic. Academic stressors, social isolation, family and economic stressors, and anxiety over COVID all play a role in the trauma students have faced, Young said.

ESS works with 90 districts across the state, including local districts like Steelton-Highspire, Susquehanna Township and Middletown.

According to Michael Roseman, vice president of district partnerships, ESS has a 99% retention rate of keeping students in the district. They’ve also seen a 16% increase in grade point averages, a 35% reduction in student absences and a 38% reduction in disciplinary incidents, among students in their programming.

The district will utilize its federal COVID relief funds to pay for the over half a-million-dollar partnership.

In other news, Harrisburg High School—John Harris Campus will have a new assistant principal, Abigail Dougherty, who begins in November. Dougherty replaces Leni Cordero, who resigned.