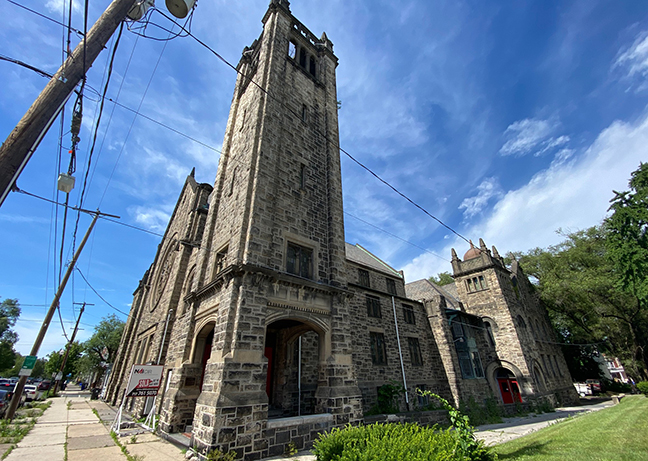 The exterior of the Camp Curtin Mitchell Memorial UMC Church.

A Harrisburg couple has purchased a historic Camp Curtin church, potentially converting it to an apartment building.

Chris and Erica Bryce bought the Camp Curtin Memorial Mitchell UMC church on June 10, after it had languished on the market for almost two years.

“We bought it because we want to preserve beautiful, historic buildings in this city,” Chris Bryce said. “We see a variety of adaptive reuse possibilities.”

In 2019, the Susquehanna United Methodist Conference put six of its churches on the market after deciding to close the buildings and consolidate congregations.

The church has roots in an 1890 structure that soon burned down. The current building dates to 1895, with a large addition in 1915. It is listed on the U.S. Department of the Interior’s National Register of Historic Places. 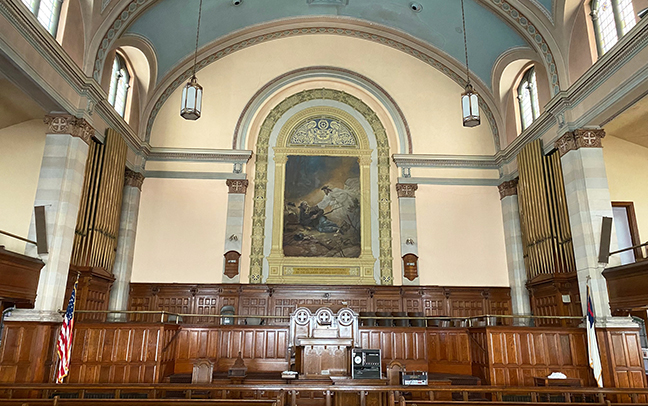 Chris Bryce said that he hadn’t determined a definite plan for the building, but that conversion to apartments might be the best fit.

He has restored and converted several Harrisburg buildings, including a once-blighted Midtown mansion to apartments and a rundown 19th-century downtown building on Locust Street that now houses Merit Marketing.

“We’ve done this before,” Bryce said. “We have experience doing it.”

In addition, last year, the Bryces, along with their construction partner, Harrisburg Commercial Interiors, received zoning approval to build a 12-unit apartment building, community center and eight single-family townhouses along the 1600-block of N. 3rd and Logan streets. 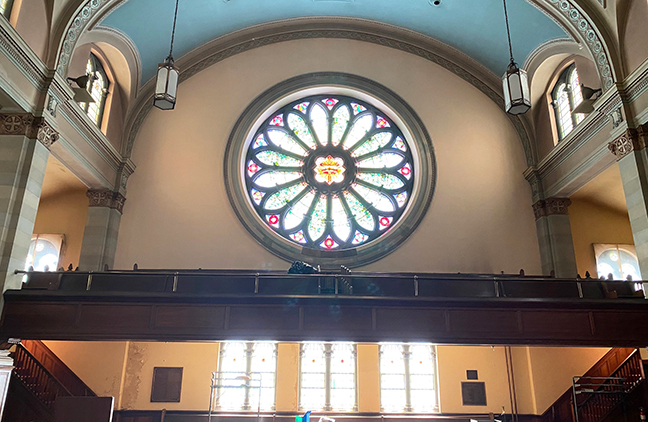 Bryce said that he was motivated to buy the church for two main reasons.

First, he wants to ensure that the historic building is preserved and finds new purpose. He said that he plans no substantive changes to the façade and wants to retain much of the interior, as well.

He said that the building’s interior design actually makes it a good candidate for conversion to apartments, as the church has smaller side windows on several levels, as opposed to the large, multi-level, stained-glass windows often seen in churches.

“Harrisburg has some of the most beautiful architecture of any mid-sized city in the United States,” he said. “It’s vital to our city to preserve our historic buildings.”

He’s unsure how a large mural of Christ ministering to a dying Union soldier, which hangs over the altar, will fit into a secular building. Therefore, he hopes to find another home for the mural at an appropriate location within the city.

Secondly, he sees great potential in the area. He’s especially encouraged by “The Atlas,” a mixed-use project nearby by businessman Adam Maust to convert the long-abandoned Hudson Building at N. 6th and Maclay streets to office and retail space.

“There are people who have tremendous faith in the future of this city,” Bryce said. “There seems to be more and more energy behind it. So, let’s keep it going.”