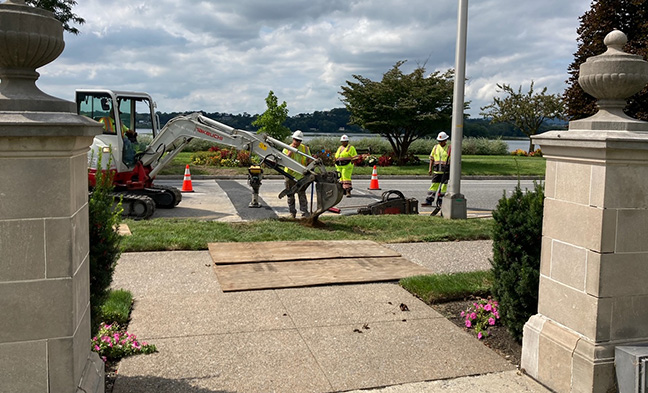 Big white tents went up in the front lawn of the historic King Mansion last Thursday morning in preparation for a weekend wedding.

Hearing the sound of the equipment, building owner Marc Kurowski peered out the window and was shocked by what he saw.

Verizon was beginning work to erect a massive 5G pole in front of the century-old King Mansion, one of Harrisburg’s grandest and most notable buildings.

To Kurowski, this added insult to injury. Earlier in the summer, Verizon had installed a 5G pole directly in front of his other building—his recently renovated house down the street on the 1400-block of N. Front Street. Where an inconspicuous street light once stood, a thick pole with a bulbous antenna on top now stood between his home and his riverfront view.

“It’s starting to feel a little personal,” he said. “It was a complete surprise.” 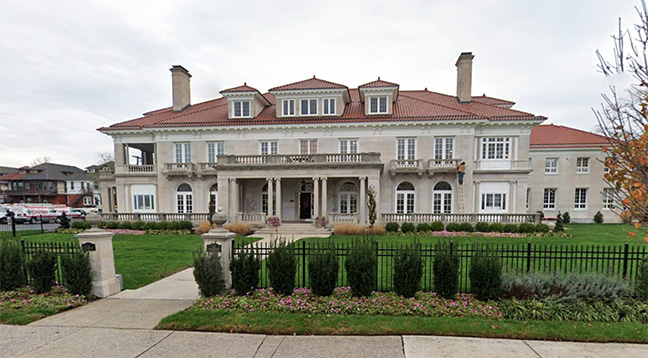 The exterior of the King Mansion

But it was more than personal to Kurowski–it was detrimental to this important piece of Harrisburg history, he explained. He recently renovated the King Mansion, which for decades had been carved up into an offices, transforming most of the grand space into an elegant wedding and event venue.

The 5G pole, if installed, would replace a street light located on the public right of way in front of the mansion.

“You couldn’t have picked a worse spot to put it,” he said. “I will chain myself to the pole out there. This can’t happen.”

Verizon’s “small cell” poles have popped up at locations around the city over the recent months. According to Verizon spokesperson Chris Serico, these provide Harrisburg residents with access to the 5G Ultra Wideband network, which improves downloading and streaming speeds.

After a pole was installed outside of Kurowski’s N. Front Street home, he contacted Verizon to make sure that the King Mansion wouldn’t be next, and Verizon told him they wouldn’t touch that location until possibly 2022, he said.

“It wasn’t under the cover of night, but it felt that way,” he said. 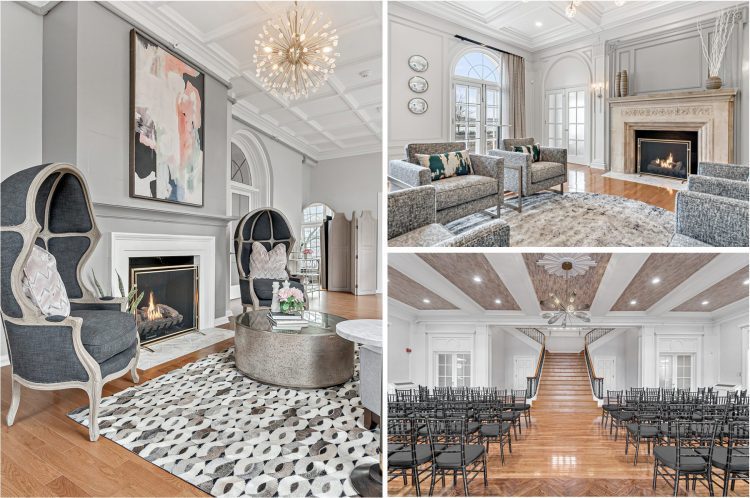 The interior of the King Mansion. Photos by Elliot Samuel from Hommati Photography.

Kurowski contacted Verizon when he saw the construction outside the mansion, and Verizon has since halted work at the site. He said that he has not received word on whether Verizon has future plans to construct at that location.

When reached by email last week, Serico did not confirm that this had happened, but said that there were no current plans to install a small cell tower in front of the King Mansion.

According to Harrisburg City Engineer Wayne Martin, 101 permits have been issued by the city for 5G pole locations, with another 15 currently under review.

In late 2019, City Council approved a resolution that allowed Harrisburg to enter into an agreement with Verizon to use certain street lights and utility pole locations to install wireless equipment.

Martin’s office surveys each proposed 5G pole location and must approve them, he said. However, they may only reject a location if there is a safety or design requirement concern, such as if it interferes with access to an ADA ramp.

Over 100 small cell sites that have been installed so far in Harrisburg, but Martin said that he has received only a handful of complaints from residents and business owners.

“It has not been a very hot issue,” he said.

But David Morrison, executive director of the Historic Harrisburg Association, sees it another way.

“It’s been an ongoing problem,” he said. “These poles are a nuisance.”

Seeing the poles go up around the city, especially along N. Front Street, Morrison said that he worries about how they may affect his historic tours. He often takes bus tours down the riverfront street, pointing out historic buildings. The King Mansion is one of his favorites, he said.

“I call Front Street the most beautiful street in America,” Morrison said. “When we begin to clutter it up with these poles, it’s not just bad for residents, but for tourism.”

Morrison said that he is planning to contact Verizon about the 5G pole possibly coming to the King Mansion along with a proposed installation on the 2900-block of N. Front, which he’s suggesting is a historic district.

A public notice was placed in the Patriot-News in early August, making note of 11 poles that Verizon recently installed and explaining where public comments “regarding potential effects from this project on historic properties” could be sent within 30 days.

Kurowski’s home was one of the 11 listed sites.

He’s submitted comments and said he was told that other options will be considered, but that no promises can be made.

As for the King Mansion, Kurowski said he’ll be waiting by the window, watching to make sure a 5G pole isn’t installed.

“Every part of this is wrong,” he said. “I’m not letting it go. I’ll just keep making noise.”