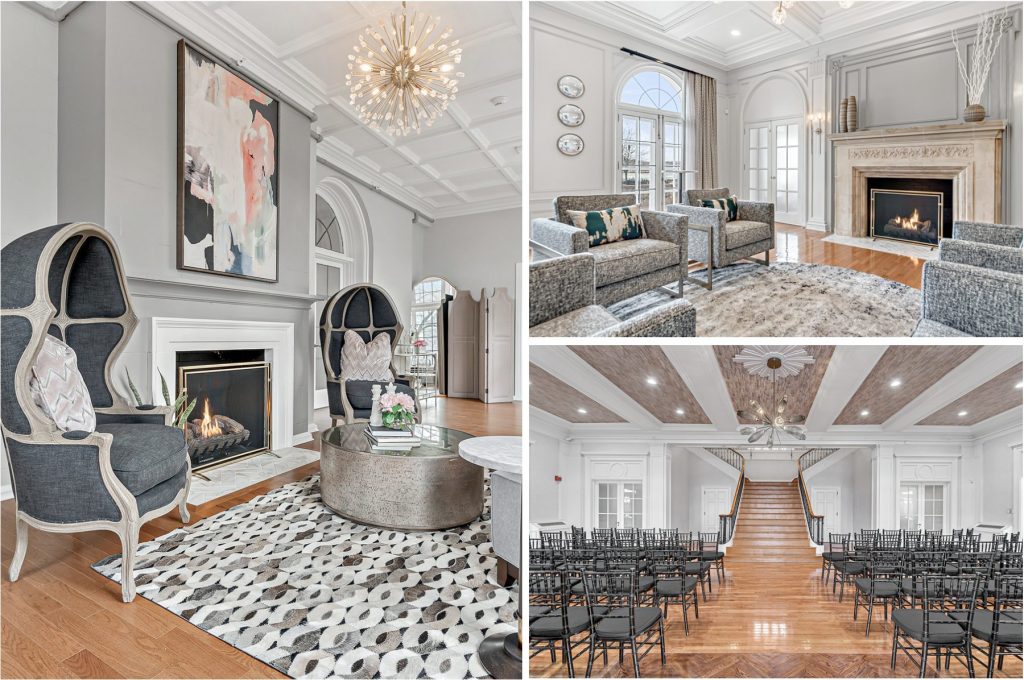 When the traffic isn’t too heavy, David Morrison, executive director of the Historic Harrisburg Association, guides his bus groups down Front Street at a smooth 10 mph.

This gives him the chance to point out all the significant buildings that make up the streetscape. Morrison’s tour consists of the likes of the Harris-Cameron Mansion, Governor’s Row and—of course—King Mansion.

His focus on King Mansion makes sense. Built in the 1920s, the mansion may be the grandest privately owned residence in Harrisburg. Dressed in a red tile roof and surrounded by Mediterranean-style balusters, King Mansion’s presence is remarkable.

“It’s just an amazing feast for the eyes,” Morrison said.

About four years ago, an engineer named Marc Kurowski purchased the mansion as office space for his firm, K&W Engineers. But it wasn’t long before the new owner adjusted his focus. He restored some parts of the property to their original stature, redesigned others in a modern light, and, ultimately, enlivened the space as a whole.

Today, the second floor remains a K&W Engineering office. But for the first time in the mansion’s century-long history, the first floor is a space suited for public events like weddings, fundraisers and networking socials. With the gentlemen’s quarters, the salon space and the sprawling, well-lit ballroom that seats 160, the mansion is all dressed up, ready to host an extremely nice party.

Horace King, the original owner, didn’t have much of a personal impact on Harrisburg.

He was a businessman who lived in the city for just a brief time, walking to work every day from his home. His building, though, left a far larger footprint (even without the original bowling-alley-turned-shooting-range that King himself put in).

“It kind of proclaimed the peak of the extravagance of the roaring ‘20s in its size and its design,” Morrison said.

Kurowski isn’t the first business owner to claim the King Mansion. There were other offices before his, but he was the first to turn the mansion toward the public. Plus, he took out any traces of bland, office-style interior, giving the mansion’s grandeur full reign.

These days, most of Kurowski’s engineering team works remotely, but for those who do venture in, the staff feels a special kinship with their workplace. With Wi-Fi throughout the property, there’s no shortage of spots to get work done—a balcony, a terrace, you name it.

Kurowski’s effort to transform King Mansion is crucial in one key way. What was once a drive-by for Harrisburg locals and commuters is now a place where many people will get a chance to visit, if only for an evening.

With a quick glance of the interior, you’ll see that Kurowski has made sure to maintain and restore many historical parts of the mansion, but the work isn’t done.

“I have a good friend who does a lot of very detailed historic restoration up at the Capitol, and he’s been champing at the bit to get in here and kind of strip it down,” said Kurowski, pointing to painted-over cameos and molding.

Since opening the King Mansion to public use, demand for the space has been strong, especially for weddings.

In January, Gov. Tom Wolf even hosted a pre-presidential inauguration gala there, with hundreds of people under cozy, heated tents on the lawn that faces the river, smack-dab in the middle of a COVID-19 winter.

Mostly, Kurowski is glad that the King Mansion, which he bought in 2017, is no longer closed off, the exclusive province of the insurance and tech companies that once made it their headquarters.

With dozens of events planned throughout the year, you soon may find yourself sipping a cocktail while marveling at the interior restoration, a wonderful secret behind every corner. This includes functions by many nonprofit groups, including Historic Harrisburg, which itself plans an event in December.

In a broader way, Kurowski is pleased that he’s been able to contribute to his hometown in such a significant way.

“I still think that there are loads of unrealized potential in the city, in all kinds of ways,” Kurowski said, speaking like the engineer he is. “There’s growth to be done.”

King Mansion is located at 2201 North Front St., Harrisburg. For more information, visit, www.kingmansionpa.com. The mansion also will be a stop for the 30th Annual “Elegant Progressions” dinner, presented by the Historic Harrisburg Association and the Kidney Foundation of Central Pennsylvania, slated for Friday, Dec. 3 and Saturday, Dec. 4. For ticket information, visit www.elegantprogressions.org.