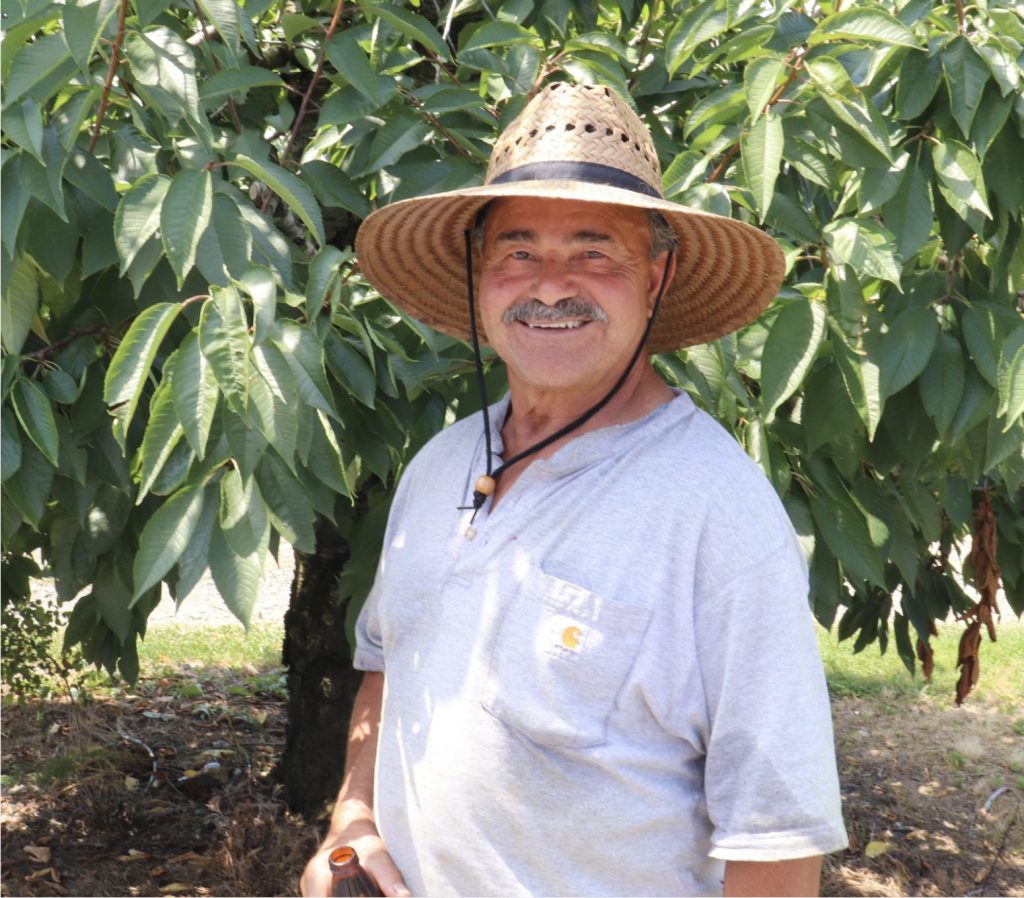 Much of the local produce enjoyed by central Pennsylvanians each summer, each delicious bite, is harvested by hand.

“Everything we do is hands-on, from weeding to harvesting to packing,” said Dwayne Lebo, owner of Oak Grove Farms in Mechanicsburg.

“I mean, if we were not to have those guys, I’m not sure we could even get enough to supply our own store,” Lebo said.

About half of the workers are local and half arrive from Mexico through the federal government’s H-2A program, which allows farms to hire seasonal foreign workers if locals are not available. Farms are required to hire local workers rather than H-2A if they apply for a job, said Karen Paulus, owner of Mt. Airy Orchards in Dillsburg.

“They pretty much do 100% of all of our harvest, except for pick your own,” Paulus said.

That harvest includes the Community Supported Agriculture (CSA) boxes that people sign up to receive each month. Those boxes include an assortment of in-season fruits and vegetables.

The H-2A program requires employers to provide housing, transportation to and from the work site, funds for travel from and to the worker’s home country, guaranteed hours, and a minimum pay rate of $15.54 an hour.

“Sometimes, people get a misunderstanding that we hire them [foreign workers] because they’re cheaper, but they’re absolutely not cheaper,” Paulus said. “They’re worth it because they’re hardworking, and they’re good guys. They’re dependable guys.”

While Paulus feels “blessed beyond measure” by the crew of H-2A workers, she also recognizes why these workers travel so far from home.

“It’s a difficult situation because I’m blessed immensely with them being here, and we’re so incredibly thankful, and they’re such good people and so hardworking,” she said. “At the same time, it hurts my heart to know that conditions are so bad in their home country that they need to do something like this to provide for their families.”

Both Paulus and Lebo said that they began participating in the H-2A program because it was getting more difficult to find local folks to do the seasonal work. It wasn’t always that way.

“The first couple of years, in the ‘90s, it was nothing for us to have 80 to 100 kids [teenagers] picking strawberries,” Lebo said.

However, vacations, sports camps, church camps and other activities have dwindled the numbers down to about seven, she said.

Not all local farmers use H-2A workers. Strites’ Orchard, just outside Harrisburg, uses all local labor on its 300 acres. Its proximity to Harrisburg, Middletown and Steelton gives the farm an edge in a pool of employees to draw from, said owner Jon Strite.

“People like to knock kids these days, like they don’t know how to work anymore, but we’ve been pretty lucky spotting really good kids to help us get through the season,” Strite said. “Every time I’m working with those guys, I’m just impressed.”

He credits seasonal workers with helping him develop a good work ethic.

But misperceptions exist about field workers.

These local farmers greatly appreciate and have good relationships with their farm hands.

Paulus pointed out that workers have a choice about which farms to work at, so farmers like her want to treat them right.

“We want them to choose us,” she said.

Strites’ and Oak Grove have employees who have been with them for as many as 20 years.

Market manager Ben Langford began his time at Strites’ at 14 years old as a cashier and field worker. He still picks with the seasonal folks. Noah Yeich began working at Strites’ when he was 14, too. At 21, he “does a little bit of everything” on the farm, including picking.

“It’s hard work,” he said as he set up an irrigation line under the hot July sun. “Not everybody’s cut out for it.”

Ernesto DeJesus has only been picking for a few months, but labored as a field worker in the 1980s before working in a hospital. Bored as a retiree, he decided to venture out into the fields again.

“A lot of people don’t know where their food comes from and who picks it,” said DeJesus, harvesting peas on a 90-degree day.

The local green peas, crunchy cucumbers, juicy peaches, tart berries and plethora of other produce that grace our tables each summer come from nearby farms. But, without their field workers, these farmers could not get their product to market for us to enjoy.

“There are no machines to do what they do,” Lebo said. “My business doesn’t exist without them.”