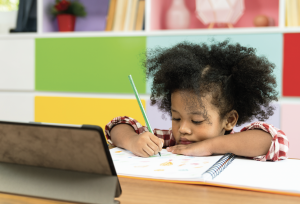 Groups of Harrisburg students may return to the classroom in the spring.

Some Harrisburg School District students could be on track to return to the classroom before summer break.

At a school board meeting on Tuesday, the district offered a new expected date of return to in-person learning, April 6, pushing back what they thought, last month, would be a March return.

“This isn’t just about bringing students back for learning, it’s about re-acclimating our students to a learning environment,” Acting Superintendent Chris Celmer said.

The district would use a blended in-person, online model, Celmer said.

However, Celmer stressed that families have a choice—return or remain virtual.

According to a survey conducted by the district at the end of January, out of 2,778 responses, 48% of families said they would send their student(s) back, 38% would not and 17% were undecided, Celmer said.

The school will send out a questionnaire in March for families to state their preferences. Those who don’t respond will remain virtual.

“The numbers have come down, which is positive,” he said. “We are going to continue to monitor what the health metrics and other factors are that could impact the date we are putting out this evening.”