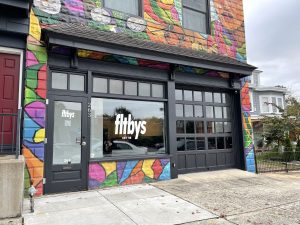 Hip hop artist and producer, Kota the Friend, decided to make it a ®fltbys (Flight Boys) weekend in Harrisburg PA, from Thursday November 11 through Saturday November 13.

®fltbys Music and Entertainment (Flight Boys) will commence its Global Flight Night Hip-Hop Festival Series in Harrisburg PA, on Friday, November 12, 2021, at Harrisburg Midtown Arts Center (HMAC) with Kota the Friend headlining. On Thursday, November 11th, Kota will host an Album Signing at the grand opening of his Midtown Harrisburg retail shop, the ®fltbys store, located at 263 Reily St. in the booming area of Midtown Harrisburg. Kota purchased the building in 2019, but the pandemic delayed the opening. 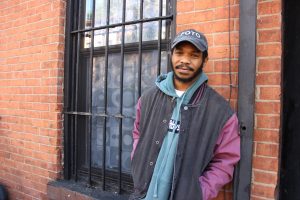 “This is going to be a fun weekend,” said Kota. “I’m looking forward to signing the vinyl albums on Thursday and getting back on the stage Friday. I want the community of Harrisburg and other parts of Pennsylvania to come out to celebrate with us. I know people from Miami, New York and other parts of the country purchased tickets for the show, so I want residents of Pennsylvania to represent.”

®fltbys is a skate and hip-hop culture brand that Kota the Friend devised and developed when he was an 11th grader at the Brooklyn High School of Performing Arts. The brand has flourished through Kota’s meteoric ascension and will finally introduce a physical manifestation with the historic grand opening of the ®fltbys brick and mortar store, which will retail skateboards, ®fltbys streetwear, vinyl albums, and local artwork. The shop will also be open for business on Saturday, November 13th.

“We’re excited to be finally opening the flagship ®fltbys brick and mortar store, which will be our only brick and mortar location in the world. Online we have customers from Brooklyn and as far away as Beirut, so we like to say from Brooklyn to Beirut and everywhere in between. It’s a blessing to be at this stage after the pandemic hit the entire country, and the world,” added Kota.

The renderings that we’ve seen of the ®fltbys will remind you of Supreme in NYC, with the clean open space, concrete floors and a super cool vibe.

On Thursday, the 11th, the ®fltbys store will be open from 1:00pm – 6:00 pm, with Kota signing his EVERYTHING vinyl album from 3:30 – 5:00 pm. Flight Night ticket holders will receive a special discount on albums. Fans are encouraged to show up on time as the number of albums are limited. The EVERYTHING album features Lupita Nyong’o, Joey Bada$$, Bas, Lakeith Stanfield and Braxton Cook.

The ®fltbys team announced that the ®fltbys Weekend will be held as an annual event in Harrisburg, as Kota the Friend’s imprint on the city and as a global musician continues to grow. 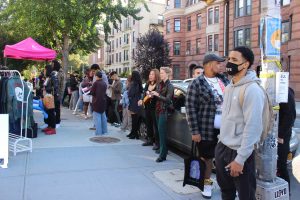