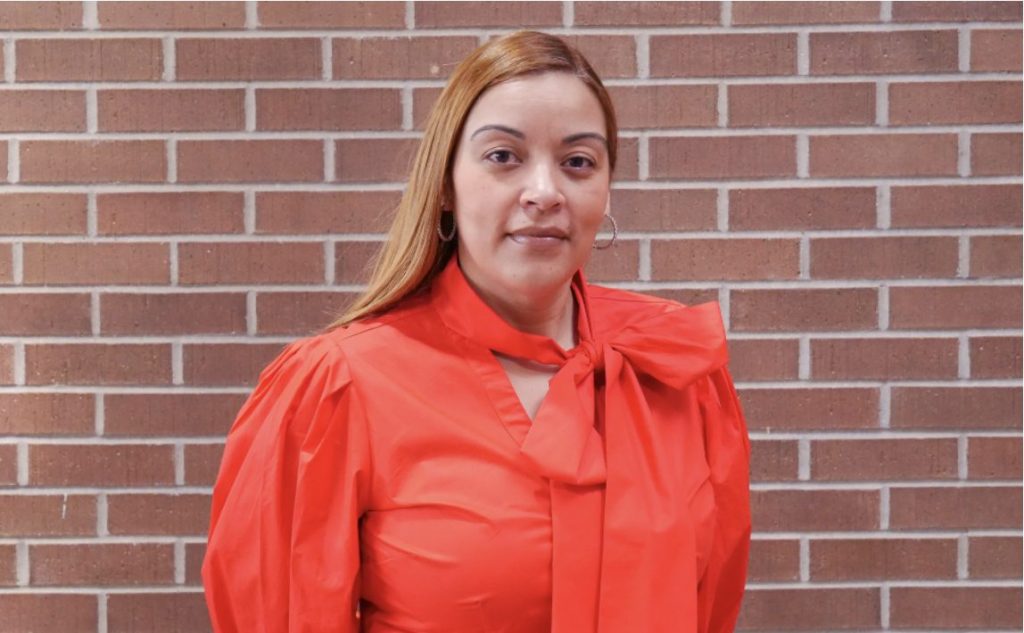 In the aftermath of Hurricane Maria, which tore through Puerto Rico in 2017, Lillie Williams met a family who had lost everything to the storm. Social security cards, birth certificates, anything important was gone.

When the family made it to Harrisburg, Williams was working in property management. She was tasked with getting them an interpreter and helping them find shelter.

“Seeing the smile on their faces just to have a home again, that was a reward, to me,” Williams said. “It made me feel like I was in the right place at the right time.”

For over 20 years, Williams has dedicated her career to helping Harrisburg-area residents feel at home. It’s her passion, because she was once in the shoes of many of her clients.

Williams works as the interim director of the city’s Department of Building and Housing Development and is also the project director of asset management. In other words, she’s busy. Much of her time is spent working directly with the U.S. Department of Housing and Urban Development (HUD), budgeting and distributing city and federal funds to the community and local organizations.

In the past, she worked for a few property management and real estate investment groups, as well as the Cumberland County Housing Authority. Much of her career was spent managing affordable housing properties and assisting low-income clients.

“There were some families that didn’t have any hope,” she said. “They didn’t have hope that they could get a place or could afford it. They were overwhelmed.”

As a young girl, Williams grew up in Harrisburg’s Uptown and Allison Hill neighborhoods and moved just outside of the city as she got older. She remembers a time when her family lived in affordable housing.

When I asked her, over a Zoom call, if that experience had an impact on her career choice, it was like a light bulb went off.

“You know, I never thought about that until you just said that, but you’re right,” she said. “Wow, I guess you’re right because I’ve always been a helper. That (affordable housing) helped my mom, and that’s what I saw, so that’s what I did.”

It was like these two pieces of her life just clicked.

She went on to tell me that it wasn’t her only experience with affordable housing. At 18 years old, as a young, single mother, Williams moved out on her own. She remembers a time when she paid $23 in monthly rent.

Williams’ story helps her relate to many of the people she now serves in her role with the city. She said that 70% of Harrisburg residents are low-to-moderate income, the population that DBHD generally serves.

“This department is very important, and I’m very proud of it,” she said. “We try to help the community as much as possible.”

According to Dennise Hill, deputy director of DBHD, Williams leads by example.

Hill is Williams’ right-hand-woman. Their offices are connected by a door that often remains open, so they can talk about work or even chat about their kids. Over the few months Hill has worked for the city, the pair has become friends, she said.

“It’s amazing—we complement each other really well,” she said.

Like Williams, Hill’s passion is housing. Growing up in Steelton, her parents always welcomed into their home kids who needed a place to stay. Her parents’ values stuck with her and shaped what would become her life’s work.

Before coming to the city, Hill worked in a women’s shelter—a job she loved. She was nervous about switching careers, but working with Williams and the team has affirmed her decision.

More Work to Do

The 11-person DBHD team is more like a family than co-workers, Hill explained. Some, like Hill, are newer adoptees; others are longtime members.

During the pandemic, they’ve worked hard, pivoting to focus on distributing federal CARES Act funding to renters, food pantries and shelters, among others.

Williams has been busier than ever.

With a national and local crisis of people struggling to pay rent during the pandemic, Harrisburg’s rental relief program has been one of Williams’ main focuses. For months now, she has gone through hundreds of applications, distributing money to tenants in need. By March, about 100 households had received money. She estimated that, by the time the total of $500,000 is used up, around 200 families will benefit.

It can be stressful and includes a lot of guidelines and paperwork, she said, but she’s happy to do it.

“This is so important, and it affects so many people’s lives,” she said.

Williams credited her team, saying they’ve handled this “to a tee.”

In December, COVID-19 hit the team hard, she said. Four staff had family members who died from the virus. Everyone else had to step up, and Williams did what she always did—lead by example.

“There’s no task she wasn’t willing to help with,” Hill said. “She was consistently checking in on everyone. Keeping us in a good place mentally was important.”

Even with all the work the pandemic has put in Williams’ lap, she still takes time to pause, greet Hill in the morning, and ask her about her daughter.

During our Zoom call, I could see the many files pinned to Williams’ corkboard in the background of her office. I heard a few pings from her computer, email notifications, as we talked. I knew she probably had a hundred things to do that day, but she paused to talk and laugh with me.

As much as Williams is doing now, she said she still has a lot to do for Harrisburg.

“I see myself being able to help more people,” she said. “From where I came from to where I am now, I’m very proud of myself, and I still have more work to do.”

For more information about the Harrisburg Department of Building and Housing Development, visit www.harrisburgpa.gov/office-of-building-housing.