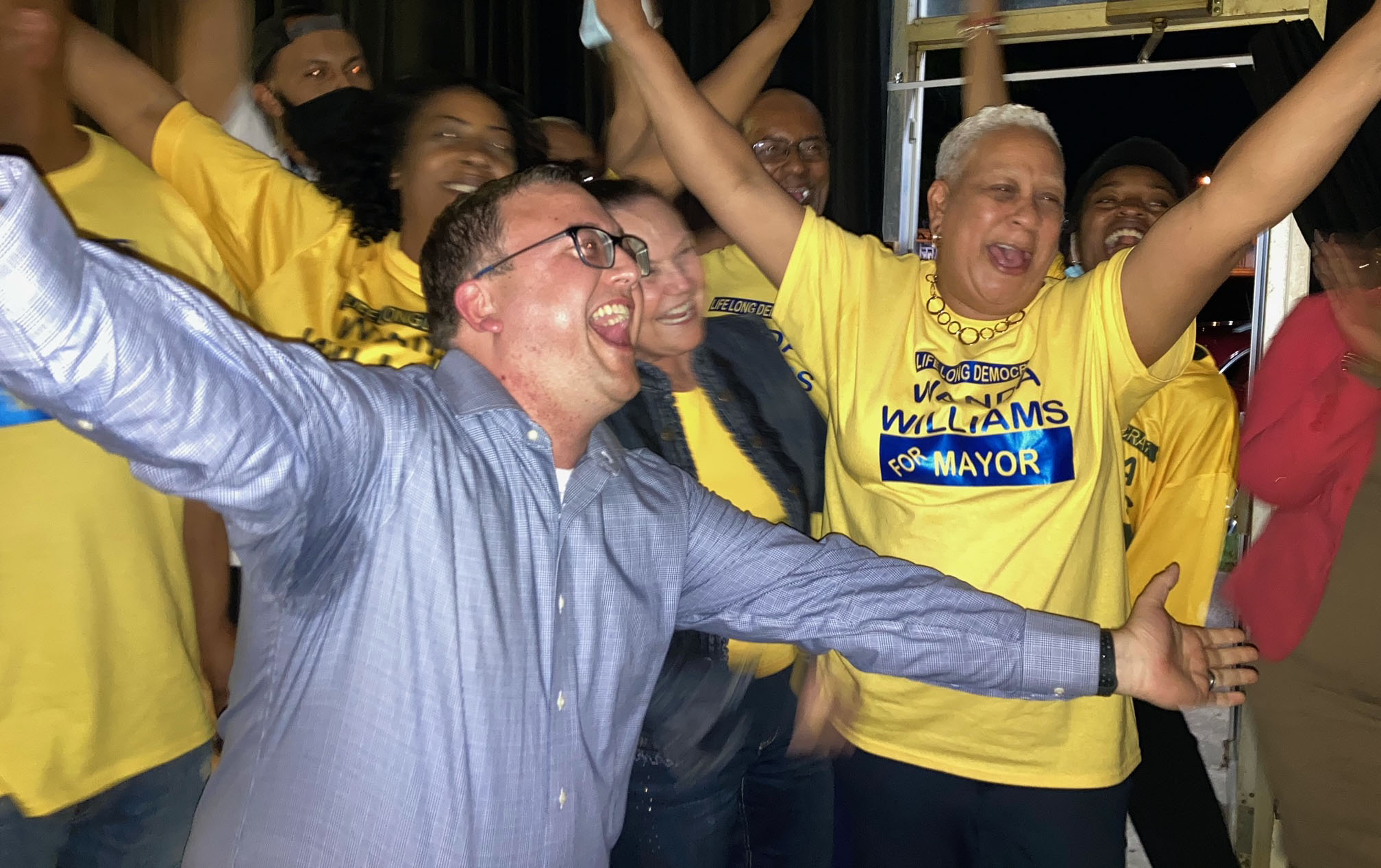 Harrisburg soon will have a new mayor, as City Council President Wanda Williams narrowly defeated the two-term incumbent for the Democratic nomination on Tuesday.

“To the residents of this city, this is their victory,” Williams said after the final votes came in just before 11:30 p.m.

“I’m surprised, but we worked so hard,” she added. “It was a good campaign, and we were putting the right message out there.”

Williams, a longtime council member, pledged to work closely with council, which often has had a contentious relationship with Harrisburg’s mayors, as well as on behalf of city residents.

“It’s just a wonderful feeling knowing that I now have the responsibility to make decisions for the residents,” she said. 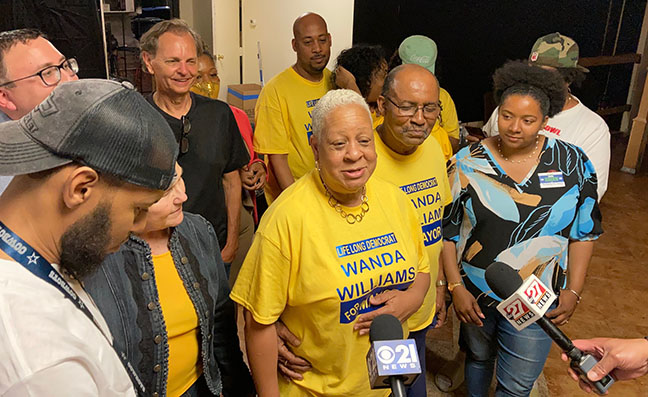 Wanda Williams speaks with the press following her primary victory.

After the final results came in, Papenfuse called to congratulate her and promised a “smooth and seamless transition.”

Harrisburg is overwhelmingly Democratic in party registration, so Williams will go into the general election in a comparatively strong position.

For City Council, Harrisburg voters nominated Democratic incumbents Ausha Green and Shamaine Daniels, as well as challengers Ralph Rodriguez and Jocelyn Rawls. The four candidates will almost certainly win four-year council seats in the November general election, as no one competed for the Republican nomination.

Harrisburg also had a competitive primary race for school board director.

In that race, Democratic incumbents Danielle Robinson and Brian Carter were the top vote-getters for four, four-year seats, followed by challengers Roslyn Copeland and Jaime Johnsen. On the Republican side, Ezra Match ran unopposed, so will appear on the November ballot. He had cross-filed for both parties, but failed to get the Democratic nod.

Terricia Radcliff captured the Democratic nomination for the only two-year seat on the board, running unopposed. No Republicans ran in that race.

Harrisburg’s city controller position was also on the ballot. In that race, Democratic incumbent Charlie DeBrunner ran unopposed and faces no Republican opposition in the November election.

To view all the election returns, visit the Dauphin County elections website.

Editor’s Note: This story was updated on Wednesday to reflect updated vote totals.