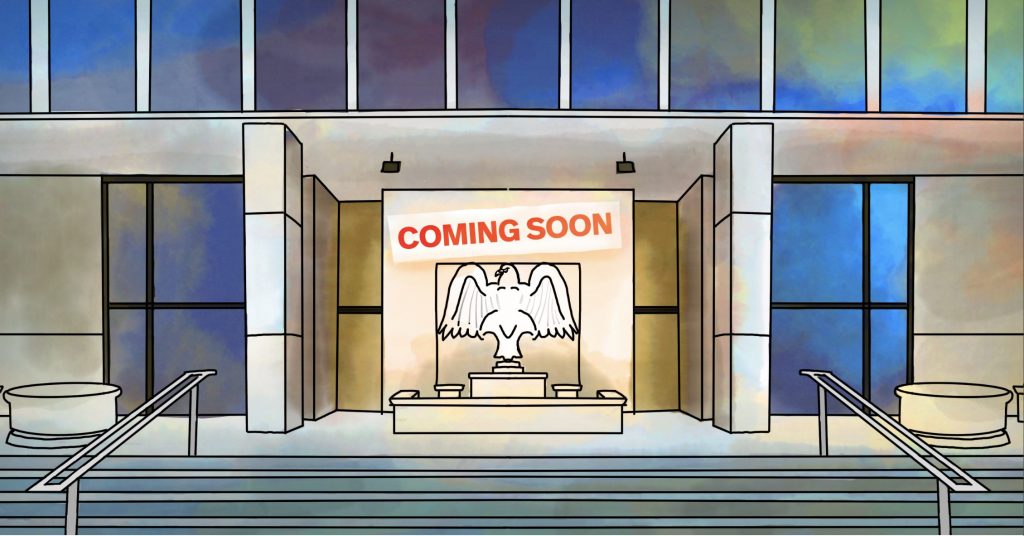 We recently wrote about a rather audacious proposal for downtown Harrisburg.

A jet-setting diplomat bought the aged federal building and wants to transform it into hundreds of luxury apartments replete with a heated rooftop pool, restaurants, bars, a speakeasy, a health club, co-working space, a Michelin-rated chef and a “panoramic elevator.”

Online and via text and email, our readers wondered whether such a project could or would ever be built in little old, post-industrial Harrisburg. Some, floored by the ambitious plan, asked if it was “real.”

Well, the new owner ponied up $10 million for the old building, so there’s that, I responded. And he’s now on the hook for hundreds of thousands in yearly property taxes. Besides this, I honestly don’t know what to expect.

I then added this: I’ve been around this town long enough to treat every building proposal—not just this one—with a healthy dose of skepticism.

Over the past few years, developers have proposed many large projects for Harrisburg, mostly residential, but few have been built—or even begun. Today, hundreds of apartments exist on paper, with scant evidence that they’ll be sites of moving-in parties anytime soon.

But I don’t mean to dump on these would-be projects, either.

In truth, it’s hard as hell to undertake a substantial build, or even a major renovation, in Harrisburg. So, my skepticism has nothing to do with the intentions of the developers. I know that, over and over, they’ve faced mammoth issues getting their apartments off the page and into the air.

For decades, there was next-to-no residential development in Harrisburg. In fact, the opposite happened. Since the 1950s, the city lost about half of both its housing stock and its people, becoming a shadow of its once vibrant, bustling self. Despite being a capital city, Harrisburg was part of the long line of battered PA rust-belt towns stretching from the Delaware to the Ohio.

The tide started to turn only recently as more people began discovering this well-located, often-charming city with a singular waterfront. First, several local developers bought up long-shuttered and underused old properties for conversion to small- and mid-sized apartment buildings. Then, starting a few years ago, proposals for new development and large-scale rehabs began to filter in.

And that’s basically where we stand today.

With a few notable exceptions, major residential development seems to have stalled. As I say, I believe that, generally, the builders are well intentioned, their projects a response to surging demand for housing in Harrisburg. However, they face two enormous, related problems.

First, despite rising rents in the city, developers still have trouble getting projects to “pencil out,” developer lingo for being profitable—or at least breaking even. Over the past year, skyrocketing construction costs and, now, rising interest rates and a skilled labor shortage, have only made this existing problem worse.

Secondly, Harrisburg has had challenges attracting outside investment. Many of the city’s larger proposals will cost tens of millions, requiring deeper pockets than typically found around central PA. The big money rarely makes it in here, as potential financers calculate that they can get a better return elsewhere.

This leaves many projects reliant on both local sources and on subsidies.

I like it that people with roots here want to build here. These developers understand the city, the people and the market better than an outsider, and many are willing to accept a lower return on investment or hold a property long-term to make a project work. But, as I said earlier, despite their good intentions, they often can’t undertake them without the help of outside funds.

To help close the financing gap, some developers have sought subsidies, usually in the form of state redevelopment grants. But these grants, however coveted and competitive, usually cover just a small part of a large project. With labor and material costs running hot, a million or two bucks, at this point, probably won’t make that much difference to a project’s fate.

So, are these projects real? That is, are they really going to happen anytime soon?

Over the past few years, I’ve gone from, “I think so,” to, “I don’t know.” As things stand today, these big projects face formidable obstacles on the road to their ribbon-cutting ceremonies.

A few years from now, will I be relaxing by a stunning new rooftop pool in downtown Harrisburg, Capitol dome in view, cold margarita in hand?

Let’s just say that, as it stands, I’m holding off on buying that Speedo.