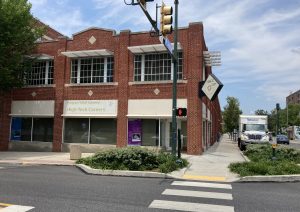 A proposed charter school that hoped to bring nursing courses to Dauphin County students has struck out for now.

In July, the Harrisburg School District denied an application for the Pennsylvania Nurses Middle College Charter School, which had plans to open in Midtown for the 2022-23 school year.

“I have carefully evaluated the record based upon the standard set forth in the charter school law,” said Janet Samuels, the state-appointed receiver for the district. “It is my conclusion that the application does not meet those standards and should be denied.”

This is the second time the proposed charter submitted an application. The first, in February 2020, also was denied.

The district received the second application in March 2021 and proceeded with two hearings.

According to the charter’s CEO Betsy Snook, the school would serve as a pipeline for students in grades 9 through 12 to continue on potentially to obtain baccalaureate degrees and enter the nursing field. They also hoped to address the racial disparity in the nursing field by attracting and training minority students, she said. The district, she said, doesn’t have a program like this.

The school would have been located in GreenWorks Development’s Midtown II building, alongside the PA STEAM Academy.

The proposed school was founded by the Pennsylvania State Nurses Association, which Snook also oversees, and the Nursing Foundation of Pennsylvania.

Samuels said that, for numerous reasons, she had concerns with the school’s plans.

Those concerns included a belief that the charter did not provide demonstrated support from community members, teachers, parents or other stakeholders, she said.

Samuels also said that the school might not provide a comprehensive learning environment to students, stating that the district didn’t receive a complete curriculum that meets state standards from the charter. She added that the charter failed to provide a plan for its healthcare classes and components–the main aspect of the school.

Snook said that the charter did have a comprehensive curriculum, that she worked on it herself, but that they didn’t provide the district with all of the components of it.

“This curriculum has infused throughout it all of the nursing practices that are required within the profession,” she said. “But we neglected to get it all in there. That’s OK with us for now. I’m not sure I wanted them to have all of the curriculum that we proposed.”

Snook expressed concern that the district might take some of their ideas from the proposed curriculum.

“I find that the proposed charter school would not serve as a model for other public schools,” Samuels said.

But Snook refuted that fact, saying that they had a sound budget and proposed student support systems.

“That budget was a good budget,” she said. “What they were concerned about was that we forgot to add a janitor.”

Snook said that the charter’s board plans to meet and discuss their next move in the coming weeks.