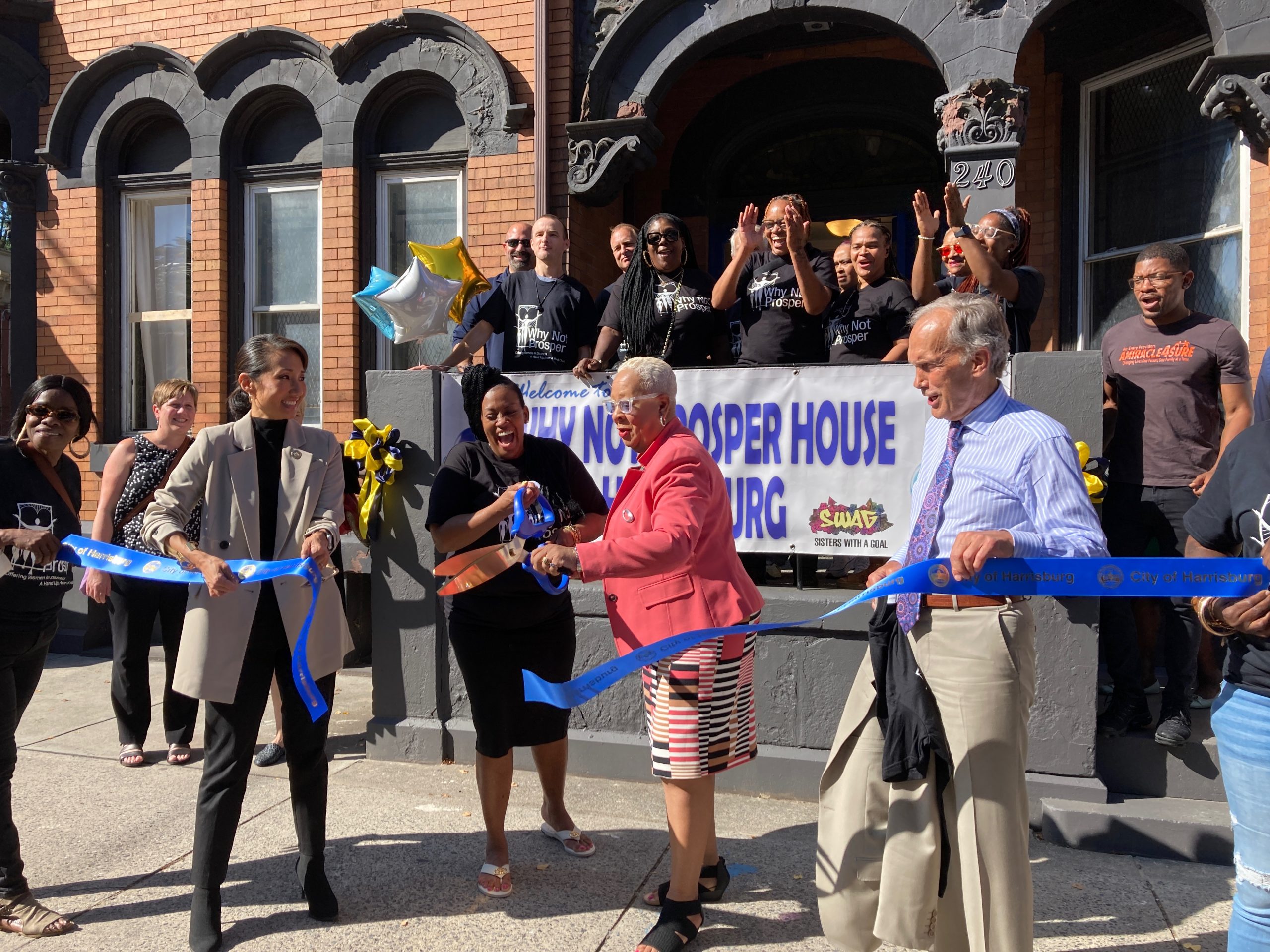 While Rev. Michelle Simmons was helping formerly incarcerated women in Philadelphia, she saw a need for the same services in Harrisburg.

After realizing that need, she decided to expand her nonprofit Why Not Prosper to Allison Hill. On Tuesday, Simmons and local officials cut the ribbon on the new re-entry housing and program.

“The support in Harrisburg has been overwhelming,” she said. “We are super excited about the women that are going to be living here.”

Simmons opened Why Not Prosper in Philadelphia in 2001, as a place for women re-entering society after prison to find safe housing, employment, counseling and other support services.

The new Harrisburg location, at 240 S. 13th St., will offer the same programming.

According to Simmons, the building offers living space for up to 35 women who typically live onsite for six months to a year. There will also be a job training center in the building with computers. They plan to open the facility to women in mid-October.

Simmons’ own background and experience with incarceration and substance abuse made her want to start the program and assist others.

At the ribbon-cutting ceremony on Tuesday, several graduates of the Why Not Prosper program came from Philadelphia to support the expansion.

“Why Not Prosper taught me to give myself a chance,” said Faith Bartley, who graduated from the project and has since attended college.

Simmons said that the organization will work with local prisons, which will refer women to their program. Women in need of assistance can also contact Why Not Prosper.

“Now we know we have a safe haven,” Harrisburg Mayor Wanda Williams said. “The city of Harrisburg will always be behind her.”

For more information on Why Not Prosper, visit their website.