Is it January already?

Each year, I find myself surprised that, once again, it’s time for my annual review of the top 10 Harrisburg news stories. This year marks a decade for this self-imposed punishment—um, I mean, tradition—an exercise that I share with my long-suffering illustrator, who is the real hero here (sorry, Rich). 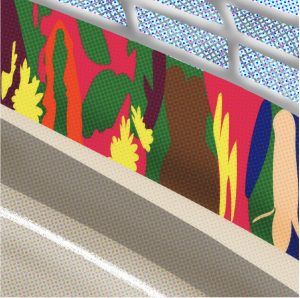 Each year, I try to start this list out on a positive note—before I lower the boom. It’s a custom that I’m happy to continue this year. Back in May, Sprocket Mural Works launched its third Harrisburg Mural Festival with a planter-painting project on Allison Hill then just kept on painting the town. By fall, Sprocket had marked its 50th Harrisburg-area mural over the past seven years, including its largest project to date—a vibrant linear painting lining the Mulberry Street Bridge. Thanks to Sprocket, our little city on the Susquehanna is now so mural-rich that it’s tough to fling a hand-knotted pretzel without hitting a beautiful piece of public art. 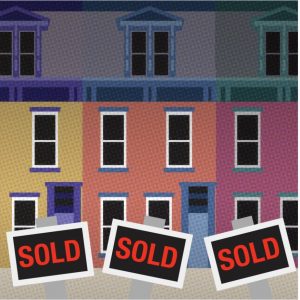 The residential market has been red-hot all year, both in the city and the suburbs. In recent months, our regular market updates have shown that sales have dipped, but prices continue to climb, indicating that supply may be constrained. As I wrote in a column last year, Harrisburg needs more housing at every price point. In May, City Council took action to help address this need, passing the city’s first-ever affordable housing statute. This legislation attempts to walk a fine line, urging builders to include affordable housing in their projects without making it a mandate. Since then, some developers have said they would comply while others seemed reluctant. The coming year may test the gentle balance between encouraging affordable housing while not discouraging new development. 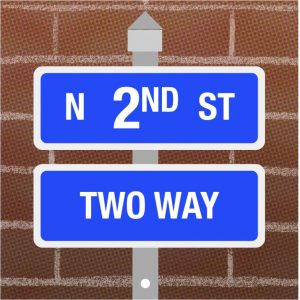 Back in the 1950s, cities around the country engaged in a bizarre form of self-destruction, undertaking major road projects that wrecked their own urban fabrics and quality of life to benefit the suburbs. Harrisburg was no exception. As the city emptied out, leaders soon realized that they had made a big mistake, and, by the 1970s, already began contemplating how to undo the damage, especially to the main thoroughfare of 2nd Street. Well, it took decades, but it finally is happening. In the spring, the city embarked on a project that will remake much of N. 2nd Street into a more pedestrian-friendly, two-way neighborhood road, as opposed to the high-speed hellscape it’s been for 60-plus years. In this writer’s opinion—one big Harrisburg street down, several more to go. 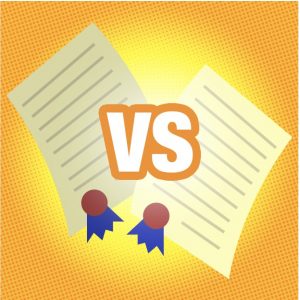 Municipal bonds—boring, right? On the surface, sure, but Harrisburg, of course, managed to turn the mundane into the dramatic. This salvo in the years-long council v. mayor wars began in May with an administration plan to retire a chunk of debt and refinance the remaining bonds. Council members introduced the plan, but then quickly turned against it. Fair enough—disagreements happen. But the conflict soon spiraled into another he said/she said fight, like so many other feuds over the past eight years. The result ended up positive enough anyway. Council basically got its way, with the city accepting two-thirds of a deal that the administration had reached with its bond insurer. Mayor Eric Papenfuse didn’t get the refinancing he wanted, but Harrisburg shed a big hunk of debt and set itself up for possibly retiring its remaining bonds over the next few years. 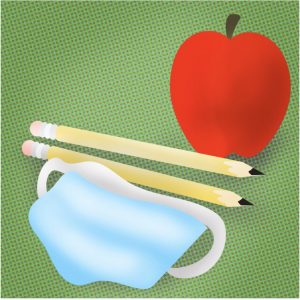 After last year’s virtual experiment, Harrisburg school district students returned to the classroom in August. Masks were mandatory, but there was no real organized opposition to the requirement. Thus, Harrisburg was spared the nasty “school board wars” that have engulfed so many districts nationwide. Otherwise, the district set itself up for casting aside three years of state oversight by appointing a new superintendent, Eric Turman, and a new chief recovery officer, Dr. Lori Suski. Unless the court renews the receivership, which seems unlikely, the Harrisburg district should be self-governing again by June. 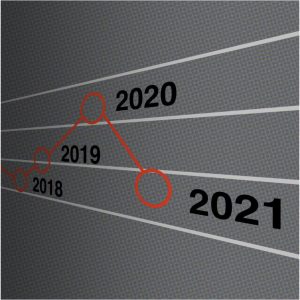 In 2020, Harrisburg’s homicide rate surged, as it did all over the country, hitting a multi-decade high. Last year, the rate returned to near its historical average for the past decade or two, substantially lower than the pandemic-fueled spike. Within this data, of course, were many personal and family tragedies, including several unintended and innocent victims. These include the late-year shooting of Jamie Bey, who was a bystander to a bar fight, and of 14-year-old Malachi John, who police believe was shot accidentally. 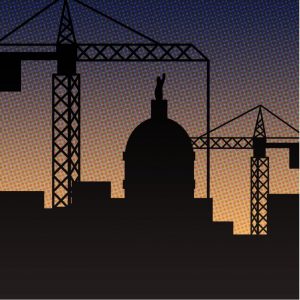 On last year’s list, I mentioned how remarkable it was to have so many new building proposals in the midst of a pandemic. I may have been premature. A few smaller projects, such as the expansion of the McCormick Riverfront Library, did begin, but most of the big boys, like the large residential proposals along the Reily Street corridor, spent 2021 stuck in the planning and approval phases. For 2022, I expect another active year on the development front. Several large projects, including the new federal courthouse, will be completed or nearing completion, as will some historic renovations and residential conversions. However, it remains to be seen if dirt will get turned between 3rd and 6th streets or, if a year from now, the area will retain the same vast surface parking lots and weed-strewn fields that have marred the corridor for so many decades. 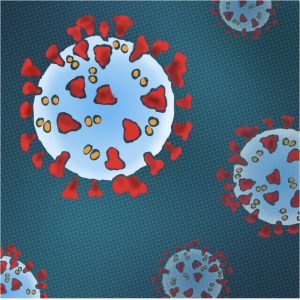 Last year, one story faced no competition for first place on my annual list, as the coronavirus pandemic impacted nearly every aspect of our lives. This year, it fell to number three. So, that’s progress, right? After a deadly mid-winter spike, the case count dropped like a stone, especially as vaccinations ramped up in the spring. We ripped off our masks, breathed deep of the fresh air and prepped for a hot vax summer. Or so we thought. Something called the “delta variant” stopped our progress cold, making us unsure exactly what to do. Travel or don’t? Mask or not? Locally, perhaps the greatest impact was the on-again, off-again plan of the commonwealth to return its people to their offices. Many local businesses took yet another hit as state workers dribbled in, then dribbled back out again. We now enter pandemic year No. 3 with renewed hope that the current plan to repopulate the Capital Complex won’t be another head fake. 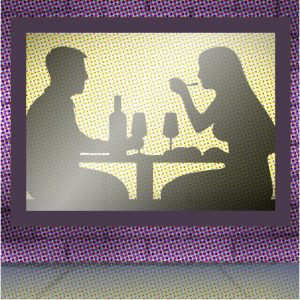 Some news stories are complex beasts, and the COVID-19 pandemic may be the most layered and nuanced of my long career. So, while the delta variant prolonged our collective nightmare, life in 2021 returned to quasi-normal for many, and that could be seen locally. Most businesses dropped their mask mandates, people began to dine indoors again, folks attended concerts, and students returned to their classrooms. Over the course of the year, we made some sort of peace with the virus, but it was an uneasy peace. I personally know more people who got sick, often very sick, than the year before, and our hospitals’ COVID wards remained crowded. Yet on a beautiful day, strolling through Riverfront Park or dining al fresco, you could almost touch life from the before times, and, wow, did it feel good. 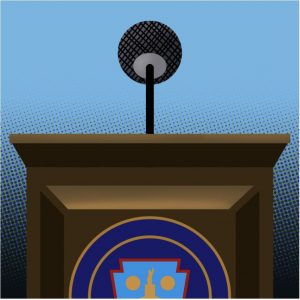 I’ve created this annual list for a decade and, some years, have struggled with what should be the number-one Harrisburg news story. Not this year. The Harrisburg mayor’s race wins going away. Five candidates sought the Democratic nomination in May, including strong campaigns from relatively new faces in city politics. The crowded field resulted in a split electorate, with four of the five finishing with more than 20% of the vote. In the end, City Council President Wanda Williams squeaked by incumbent Mayor Eric Papenfuse by 46 votes. With that settled, we could all relax and move on with our lives, right? Nope. Papenfuse disappeared from view for a few months only to re-emerge in mid-September to declare a long-shot write-in campaign for the general election. He ran vigorously, but this sudden burst of energy, which might have put him over the top in the primary, made no difference in the general, except to delay the transition. Williams trounced Papenfuse and, therefore, will be sworn in this month as Harrisburg’s new mayor.

So, Harrisburg begins 2022 with new leadership and, given all the recent high-level departures from city hall, with almost an entirely new team in place. I wish them the best and feel confident that a few issues they’ll deal with will wind up on this list a year from now.

I’d like to leave my annual top-10 list with a dose of unsolicited advice for future city politicians. Our recent election marked the third straight Harrisburg mayor’s race in which a leading Democratic candidate lost the primary but then refused to accept the result, running again in the general—and losing again.

These efforts served no productive purpose. They prolonged the city’s angst, exacerbated its divisions and heightened the turmoil inside city hall. In other words, they were harmful to the city, not helpful. Thus, my advice: If you lose in the primary, please graciously accept your defeat. There’s always next time.