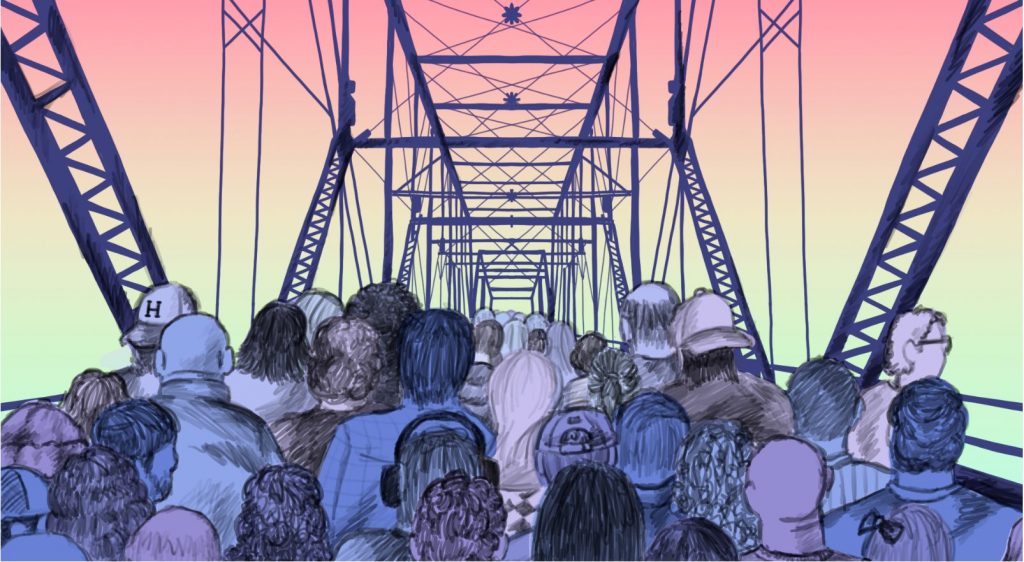 Nearly a decade ago, I wrote a column called, “Harrisburg Needs People.”

In it, I lamented the sense of emptiness here, how walks around town frequently felt desolate, lacking the pedestrians, commerce and activity that define a healthy city.

I’m happy to report that Harrisburg seems much more vibrant today, and the recent U.S. census backs up my less-than-scientific observation.

The 2020 census showed that Harrisburg’s population grew by 1.1%, a small increase, yes, but the second in a row after decades of loss.

Notably, the census ended in April of last year, thereby missing the migration of people into our area after the pandemic took root. So, today, the count well could be another notch or two higher.

But you shouldn’t necessarily take my word for it, based as it is upon glances out my office window and strolls down the sidewalk. A better gauge of where the city is heading may be the sudden spurt of interest among builders.

Harrisburg has thousands of empty lots, which have accumulated over many decades. Those lots once held buildings, which were abandoned or became so dilapidated that they were torn down, resulting in vast surface parking lots and acres of weed-strewn fields.

Not surprisingly then, the city’s population, even with the recent small increase, remains far below its 1950s-era peak of about 90,000.

The good news: after decades of essentially no demand for these empty lots, some developers want to put buildings and people back onto them. There still isn’t much interest among the deep-pocketed national guys, but some small, local developers see opportunity and have stepped up.

With proposals in the air, residents have begun to weigh in on what they would like to see as Harrisburg finally begins to redevelop. Obviously, there’s a wide range of opinion among people, but several ideas seem to be popular.

Affordable Housing: I already mentioned the good news from the recent census—the population increase. Now, here’s the bad—the city’s already high poverty rate ticked even higher. Harrisburg needs more affordable housing, which is widely recognized among city residents and officials. The main issue seems to be how best to achieve that goal. Earlier this year, City Council passed an ordinance that encourages developers to include affordable units in their buildings, which is a good first step, but more needs to be done. Personally, I would like to see the city encourage homeownership for lower-income families, which would help people build equity, stabilize neighborhoods and fight rapacious slumlords. Perhaps pandemic relief or other funds could be used to help fix up and sell the city’s vast inventory of blighted houses, with discounts to make them more affordable and a “revolving fund” to plow sales revenue back into additional rehabs. There’s plenty of upside here as, currently, the city’s homeownership rate stands at an abysmal 35.6%, according to the latest census.

Green Space: A few years ago, National Geographic named Harrisburg one of the most “green” cities in the country. As I wrote at the time, that designation seemed a bit off to me, as some parts of Harrisburg are very green, while others are not. Currently, the Reily Street corridor, where there’s lots of developer interest, is particularly harsh, with entire blocks of paved parking lots. A few small parks would go a long way to softening up the area, while offering current and future residents some fresh air without needing to hike down to the river.

Supermarket: In discussions of “what Harrisburg needs,” a decent supermarket almost always rises to the top of the wish list. One developer has proposed including a market in his Reily Street project, which would be welcome. Some residents also have been advocating for supermarkets Uptown and on Allison Hill, which developers should keep in mind when they do projects in those neighborhoods.

Dog Park: Sadly, the city’s only dedicated dog park just closed following a three-year pilot program. Friends of Midtown hopes to find another location, which seems necessary now more than ever. As people have moved into the city, they’ve definitely brought their pooches with them. So, builders or the city should make a new dog park a priority, carving out territory not just for people but for their furry companions.

These are just a few ideas of what Harrisburg could use as it rebuilds. Undoubtedly, there are many others.

After practically leaving the post-industrial city for dead decades ago, people are rediscovering Harrisburg. The pace may have begun slowly, but the momentum is positive and, I believe, will build over the coming years.

Some local builders have noticed the demand and want to provide housing and amenities that the city needs, on empty lots long waiting to be redeveloped. The question now is—how best to do it.