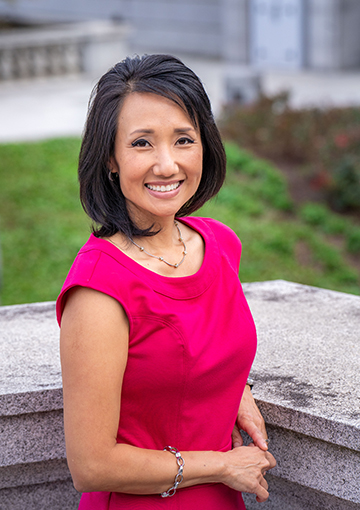 Rep. Patty Kim fought off a primary challenge by Heather MacDonald to capture the Democratic nomination for re-election to the state Assembly.

In unofficial results, Kim, of Harrisburg, captured about 76% of the vote versus about 24% for MacDonald, of Camp Hill, for the 103rd House district seat, which represents about half of Harrisburg and the close-in west shore suburbs of Lemoyne, Camp Hill, Wormleysburg and East Pennsboro Township.

Kim, the incumbent, now will go on to face David Buell in the November general election. Buell defeated his Republican opponent, Jennie Jenkins-Dallas, in Tuesday’s primary.

In the 104th legislative district, Harrisburg council member Dave Madsen won his race unopposed. Last month, the nominating petitions of two of his Democratic opponents were successfully challenged for the open seat, and their names were removed from the ballot.

Madsen will run unopposed in the general election, as no Republicans sought the seat, which includes east and south Harrisburg and several nearby suburban communities.

In the 105th district race, Susquehanna Township Commissioner Justin Fleming bettered activist Eric Epstein of Lower Paxton Township for the Democratic nomination for the open seat. No candidates ran for the Republican nomination.

For the U.S. House, Harrisburg council member Shamaine Daniels was in the lead for the Democratic nomination for the 10th congressional district. She led Rick Coplen of Carlisle by about 53% to 47% of the vote, with about 93% of ballots counted. The winner will face incumbent Rep. Scott Perry, who ran unopposed for the Republican nomination.

The general election is slated for Nov. 8.