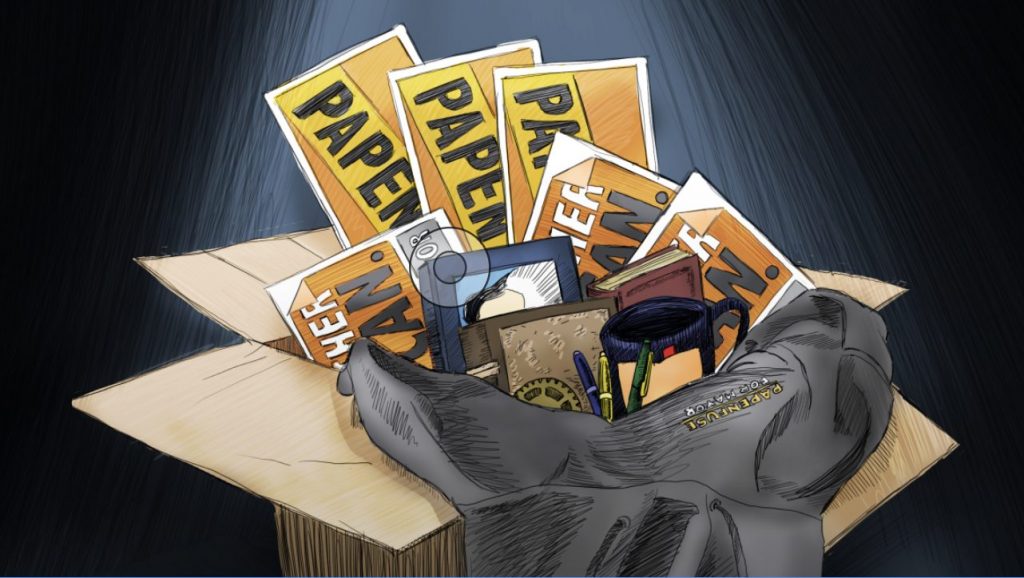 Back in December 2013, I visited then Mayor-Elect Eric Papenfuse in his transition office, a small, cluttered space just around the corner from city hall.

He was a busy man, squeezing in appointments, hiring staff and trying to learn the workings of the sprawling—and then deeply troubled and indebted—city government.

But he made some time for me that day and gave me an overview of his general goals as Harrisburg’s new mayor. Some of these, I agreed with; others, I didn’t.

Well, life never turns out quite the way you think it will, and the next eight years were filled with many high points and some low ones, too.

In general, I believe that Papenfuse has much to be proud of as he exits the mayor’s office in January. Harrisburg is in far better shape today than when he took office, the city then just emerging from its devastating financial crisis. That said—it’s been a bumpy ride for sure.

I’ve reflected back on what I consider to be the most significant accomplishments—and the shortcomings—of Papenfuse’s two-term tenure. Let’s hit the high notes first.

City Finances. When Papenfuse took office, the city’s future looked bleak. Harrisburg’s financial recovery plan offered some hope, but how would the city ever be able to continue to pay its bills, deliver critical services and whittle down its mountain of debt? It was anyone’s guess. Eight years later, the city has run successive budget surpluses and has plenty of money in the bank. Last year, it even got the state legislature to extend its extra taxing authority, which may be the single greatest achievement under Papenfuse. The fiscal picture is now so bright that the mayor’s latest squabble with City Council is not if the remaining debt can be paid off, but just how quickly.

City Services. As the city’s fiscal picture has improved, so has its delivery of core services. The city’s staff, stripped to the bone during the financial crisis, has doubled under Papenfuse. Does Harrisburg really have an arborist, park rangers, an event planner? Yes, it does. It even went into the sanitation business, extending trash pickup into neighboring towns. Having said that—many key people have left city employment recently, leaving Mayor-Elect Wanda Williams with a big personnel challenge as she assumes office.

Infrastructure. Long-time Mayor Steve Reed loved new building projects, but he often ignored the crumbling streets, sidewalks and sewers right beneath his feet. In contrast, Papenfuse made infrastructure a priority. Over his eight years, much of 3rd Street was rebuilt, the long-dreamed-of, two-way 2nd Street conversion began, and development in South Allison Hill was seeded. Most neighborhoods in Harrisburg saw significant infrastructure improvements, even as Papenfuse tussled with PennDOT over state-owned roads. The mayor brought some sanity back to the redevelopment game, as the city got out of the building business but laid the foundation to make Harrisburg a more hospitable place for residents and for new development. So far, it seems to be working.

Papenfuse had several qualities crucial to being a good mayor—smarts, administrative skills and a commitment to hard work. Unfortunately, he lacked one other skill important for success in the job: good people skills. When he chose to, he did a decent job hobnobbing and glad-handing and doing all those public things a politician needs to do. But often he didn’t want to, it seemed. And to make the situation worse, he appeared more comfortable attacking than appeasing, being pugnacious not gracious. His personal style ended up exacerbating, not solving, many of his problems and, in the end, likely cost him a third term as mayor.

Over the years, Papenfuse publicly feuded with, in no particular order, the county commissioners, the visitor’s bureau, the Civil War Museum, PennLive, Capital Region Water, state legislators, the Dauphin Democrats and the Intergovernmental Cooperation Authority. I may have missed a few. He routinely spoiled relationships with people and organizations the city needed on its side, and, as far as I could tell, got little in return from the fights.

However, his two most problematic relationships were also his most important—with City Council and with the community at large.

In Harrisburg, bad blood between the mayor and council is something of a terrible tradition. Mayors Reed and Thompson deemed it beneath them to even attend a council meeting, even though doing so would have helped accomplish the public’s business.

To his credit, Papenfuse made a point to attend every council meeting—that is, until he lost the May primary, when he peevishly stopped. However, he never really formed working relationships or alliances with council members. At meetings, the two bodies often looked like opposing forces and frequently behaved that way. In fact, over time, instead of improving, their relationship grew worse, turning into he said/she said dysfunction.

On Election Day last month, Mayor-Elect Williams stood at the podium in victorious solidarity with most of her fellow council members. For the sake of the city, I hope their relationship remains as strong as it seems now, which would be a welcome break from the past.

Papenfuse’s relations with the community, broadly speaking, weren’t that much better. There are folks in Harrisburg who don’t feel a need to see or shake hands with their mayor. But there are others who definitely do. They want to see him or her out and about, eating tacos on Allison Hill, shopping in Midtown, just walking around, occasionally checking in at the local store, restaurant or salon.

Over the past few years, Papenfuse was an increasingly absent figure outside of city hall. I respected that he put in long hours at his desk. However, public engagement is part of the job and needs to be part of a mayor’s routine schedule. It’s also smart politics, especially if you plan to run for re-election.

In the end, I feel that Harrisburg is better for having had Eric Papenfuse as mayor for the past eight years. He helped settle the city’s troubled finances and build capacity within the municipal government. He entered office at a critical juncture in Harrisburg history and is departing with the city in far better fiscal and operational condition than when he entered. Yes, he should have been more attentive to building and maintaining relationships and, importantly, taken the tumult of city politics more professionally and less personally. If he had, he might’ve been mayor for the next four years. Nonetheless, he can leave office with his head high.

And now the city moves onto a new mayor, a new chapter in its history. I wish Mayor-Elect Williams all the best and much success, both for the people who will work directly for her and for the residents of our shared city.