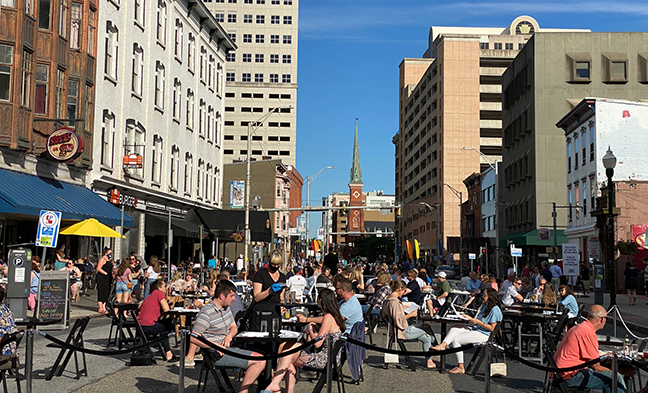 Harrisburg’s restaurants may have reopened, but one pandemic innovation will return for a second year—dining in the city’s streets.

For a second straight year, Harrisburg will close several downtown streets to traffic so that patrons can enjoy dining al fresco. Conoy Street in Shipoke also will close.

“We are pleased to bring back this summer initiative,” said Mayor Eric Papenfuse. “I encourage residents to come support their favorite restaurants.”

“Saturday Nights in the City” re-launches on May 1 and is slated to run each Saturday throughout the summer, from 5 p.m. to 10 p.m.

The initiative, shared by the city and the Harrisburg Downtown Improvement District (HDID), began last year in response to the pandemic-mandated shutdown of indoor dining.

Most restaurants have now reopened, with the commonwealth recently permitting 75% maximum capacity for indoor dining, as well as bar service. However, the city and the HDID deemed the program to be a success, so decided to bring it back with the return of warmer weather.

For the weekly event, a number of streets will close. These include: