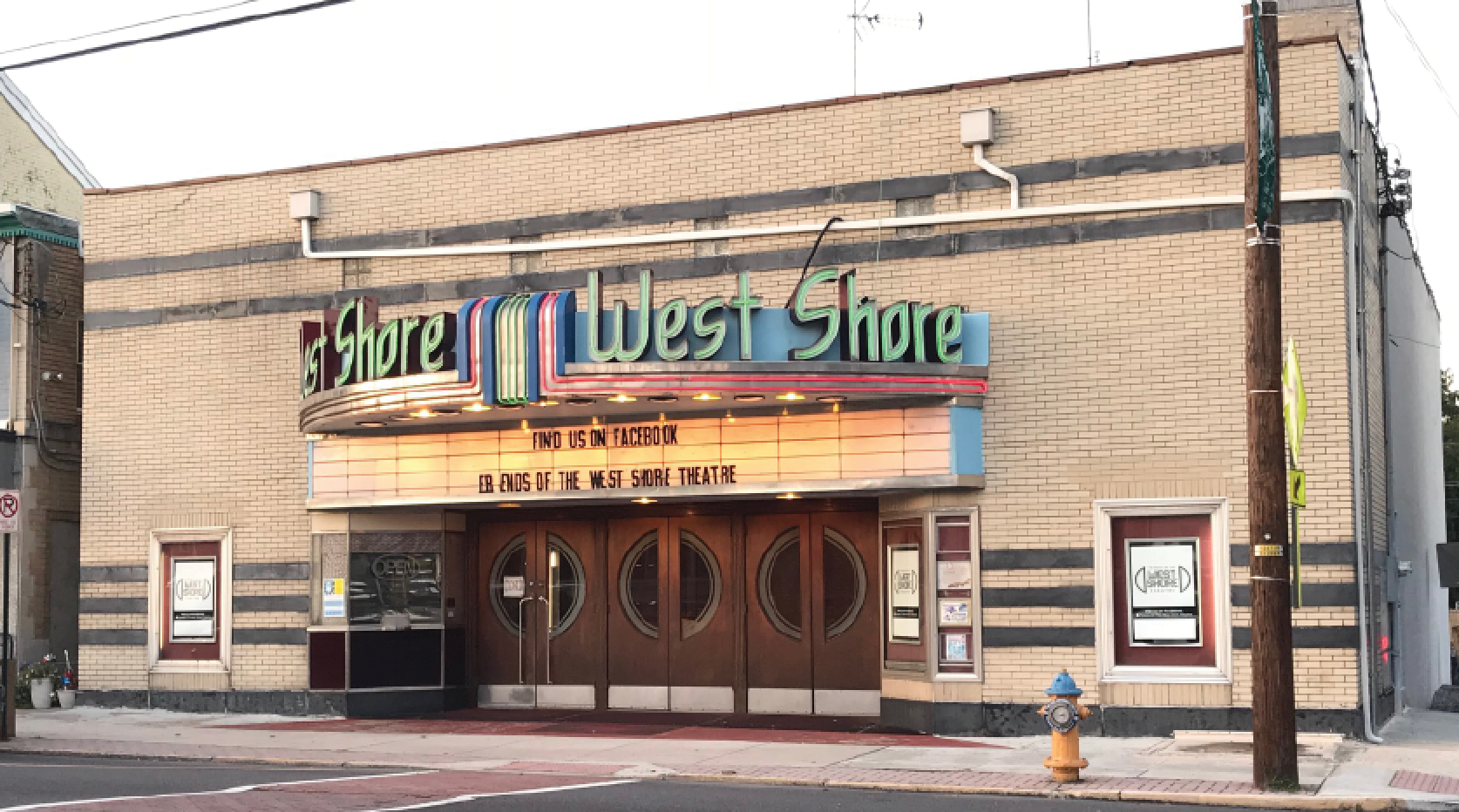 The West Shore Theatre is ready for its close-up.

On Monday, officials with the landmark Art Deco theater in New Cumberland announced an open house and grand opening following an extensive renovation.

The open house will take place on Saturday, May 7, from 9 a.m. to 3 p.m., in conjunction with New Cumberland Community Day.

People can stop by and tour the completed phase-one renovation, as well as purchase concessions and tickets for future performances. A soft opening follows with 4 p.m. and 7:15 p.m. showings of “Spider-Man: No Way Home.”

The West Shore Theatre has been closed since February 2018. A nonprofit, Friends of the West Shore Theatre, embarked on a fundraising mission for an extensive, $2-million theater renovation, including creating a standing lounge area, stage improvements and a new digital projector. Grand opening weekend follows on May 12 through May 15. The weekend will showcase the variety of programming that the new West Shore Theatre will offer, including movies, music, arts, education and comedy.

On Thursday, May 12 at 7 p.m., the theater will show “The Secret of Dr. Kildare,” the first movie ever shown at the West Shore Theatre in 1940. Friday, May 13, features a concert from The Martini Bros., a roots, rock and rockabilly band featuring New Cumberland’s own Deuce Gibb at 7 p.m.

At 11 a.m. on Saturday, May 14, the theater kicks off its Saturday Family Series with a showing of the movie, “Sing 2.” Saturday afternoon features an opportunity for 12 high school and college students to take an audition technique masterclass with Broadway star Jessica Vosk from 2 to 4 p.m. Later that day, Vosk, star of “Wicked,” “Fiddler on the Roof,” “Finding Neverland,” and “The Bridges of Madison County,” will put on a concert at 7:30 p.m. Lancaster-based professional performer, Reji Woods, will open for her.

On Sunday, May 15, at 2 p.m., the theater will feature the premiere of “Turbo Cola,” a movie filmed at the Quality Gas Station in New Cumberland. Following the screening, there will be a Q&A with some of the cast and crew. At 7 p.m., the Oxymorons improv comedy troupe will perform, featuring improv games familiar to the TV show, “Whose Line Is It Anyway.”