A rendering for the first option for Jackson Lick pool. which would include a six-lane lap pool, shallow swimming area, splash pad, climbing wall, water slide, and crossing activity.

Even as temperatures drop and the holidays draw near, Harrisburg officials have their eyes on the upcoming summer pool season.

Architects last night unveiled proposals for replacing public pools at the Hall Manor and Jackson Lick housing complexes, a process that may begin as early as next fall. The presentation came after a months-long audit of the aging pools, which concluded that both have exceeded their useful lifespans and do not have any salvageable components.

Project managers from Counsilman-Hunsaker, the aquatics consultancy firm that conducted the study, recommend that the city replace both pools entirely and gut-renovate the bathhouses. They also laid out a bevy of new aquatics amenities to include at each facility, as well as tentative budgets for each project.

Modern aquatics facilities favor dynamic amenities and play structures, according to George Deines, a Counsilman-Hunsaker project manager. As a result, all of the options they presented for Hall Manor and Jackson Lick would reduce the overall square footage of the pools to accommodate new features.

“We want a facility that will make people say, ‘Wow, look at that,'” Deines said.

The first option proposed for the Jackson Lick pool laid out a six-lane, 25-foot long competition pool with diving boards, a shallow area for fitness and swim lessons and a spray pad. The facility would also have a water slide, a climbing wall and a “crossing activity” – a monkey-bar-like structure above the water.

The cost for that project would be close to $5 million. A second, $6.25-million option would create a separate children’s area with a wading pool, play structure, and spray pad, along with an eight-lane competition pool. The pool would feature the same water slide, climbing wall and crossing activity as the first option.

No matter which plans come to fruition, the new city pools will both be compliant with the American Disabilities Act—a federal standard that they currently do not meet.

Before they can break ground or even put the projects out for public bid, the city must secure millions of dollars in funding and decide which pool to tackle first. As Councilman Westburn Majors said, “renovating two pools at once would be a heavy lift for any city.”

To offset construction and maintenance costs, consultants recommended a modest increase to admission prices at each pool. Under the new pricing, daily passes would be $6 for adults and $4 for children and seniors. Season passes would cost $145 for a family, $50 for adults, $45 for children and $30 for seniors. Other possible revenue sources include swim lessons, a summer swim team, and facility rentals for private parties.

Parks and Recreation Director Kevin Sanders said his department will consider the options before them over the next few months. Once they develop firm proposals, they will pursue grant money, private gifts and capital improvement funding to finance the projects.

City officials and Counsilman-Hunsaker both hope the projects can be completed in the off-season. If crews break ground at the end of the swim season in 2018 and work through as much of the winter as they can, it is possible that a new pool would be open for business in the 2019 swimming season, said Deines.

Read on for full project descriptions and renderings from Counsilman-Hunsaker: 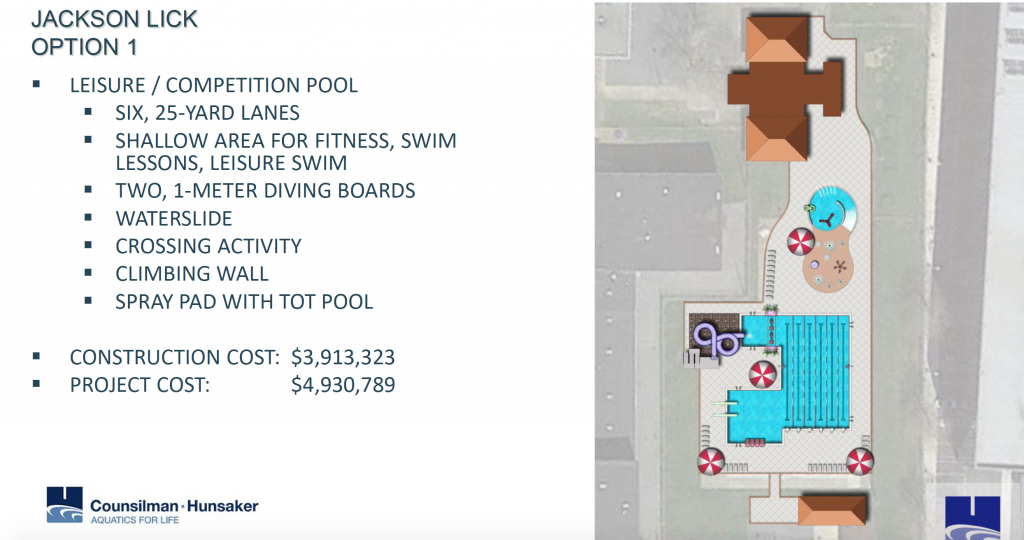 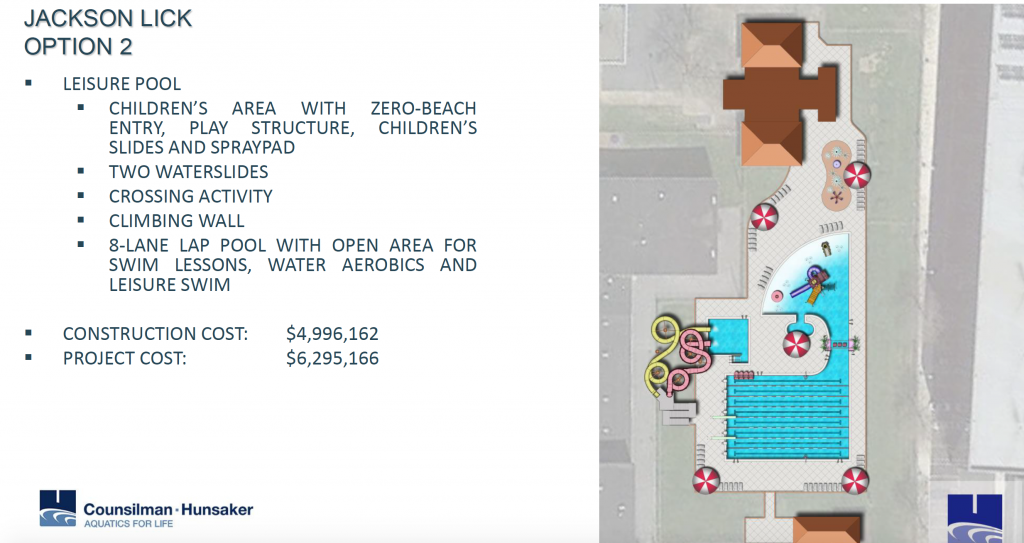 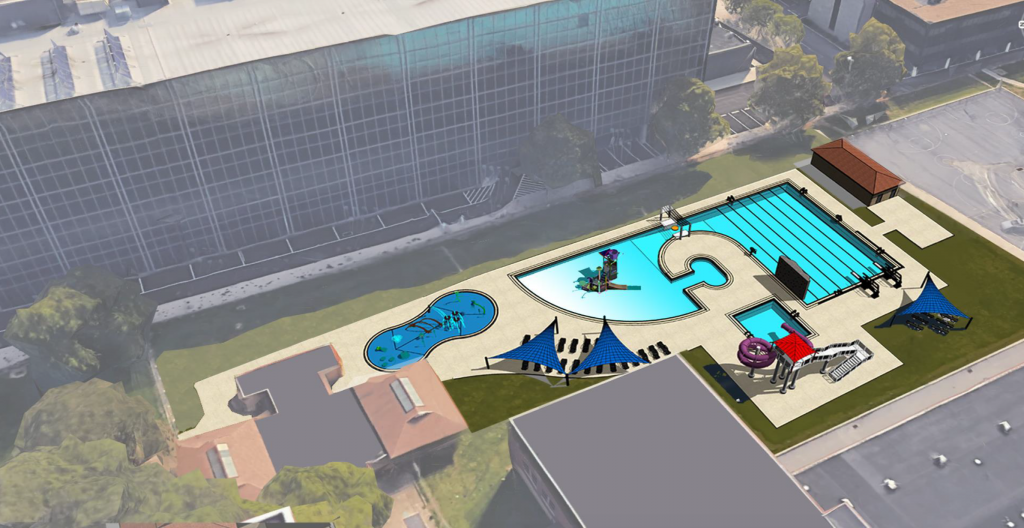 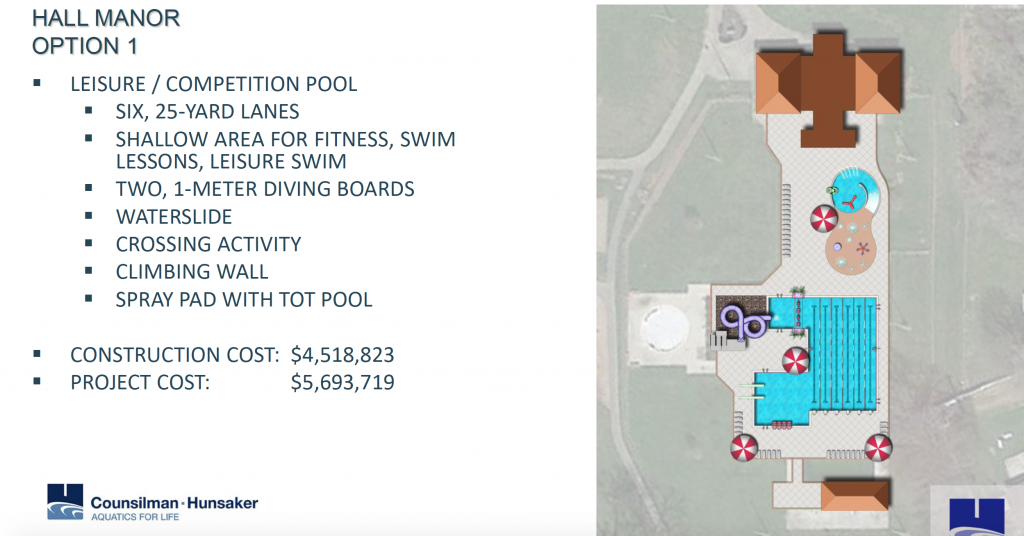 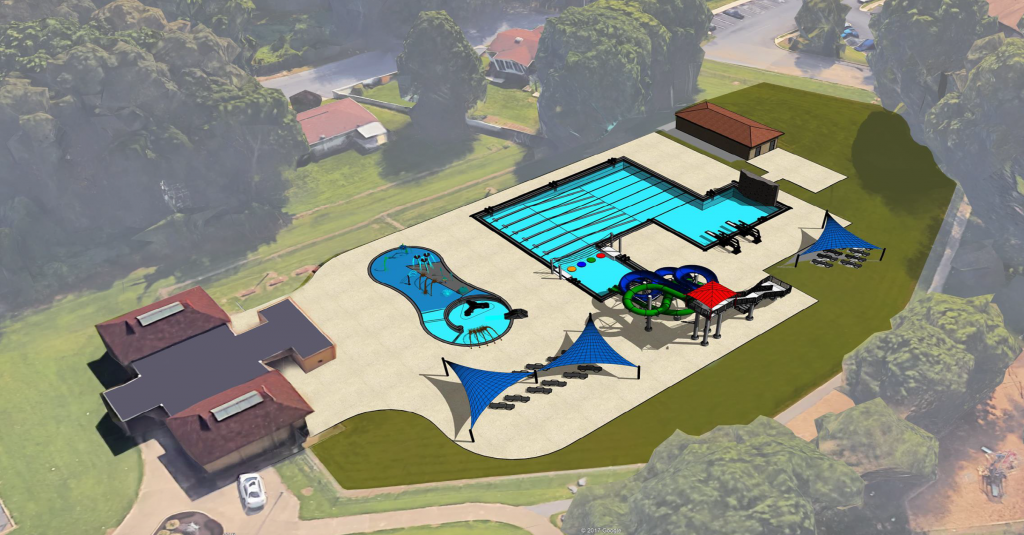 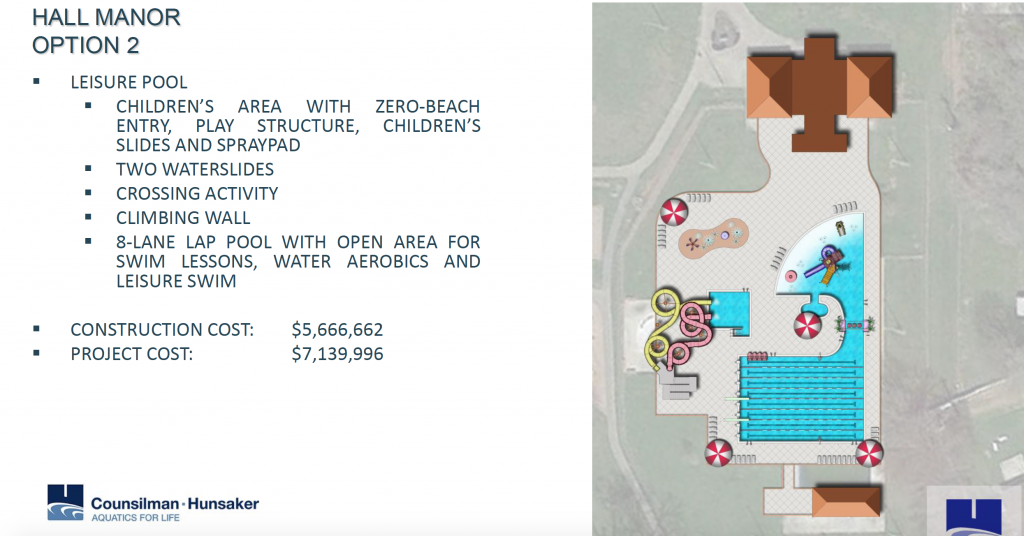 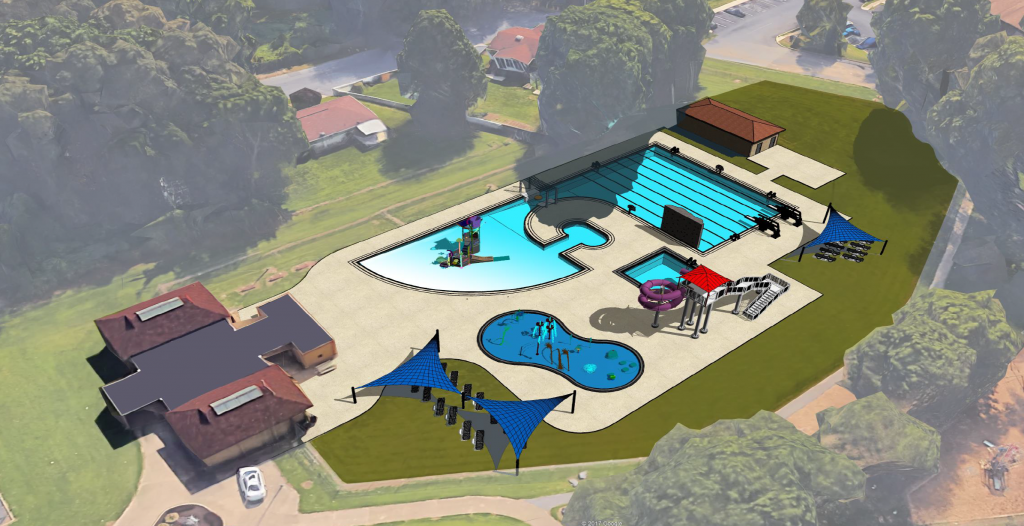