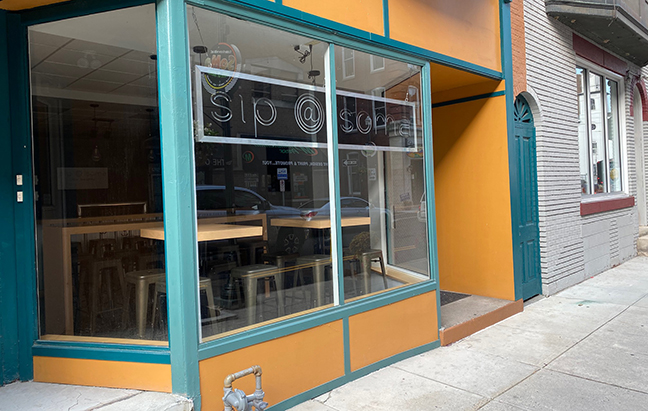 Boneshire Brew Works is opening a taproom in this building in downtown Harrisburg.

“Since we started the business, we have always been a part of the city in some sort of fashion,” said Alan Miller, Boneshire’s owner and head brewer. “We love the city of Harrisburg and have been looking for an opportunity for a permanent space in the city for some time now.”

Opening day will begin with a ribbon cutting at 11:30 a.m., with a general opening at 3 p.m. on April 9, according to the company.

The snug taproom formerly housed “Sip@SoMa,” a rotating, guest brewery concept. Building owner Harristown Enterprises intended that model to be temporary until a permanent tenant could be found for the spot.

Boneshire announced its intention to locate there last July.

“We are thrilled that Boneshire is opening Taps@SoMa,” said Brad Jones, Harristown’s president and CEO. “Their presence will help this neighborhood continue its rebirth and growth as a popular destination in the city.”

It will be the second location for Boneshire, which also offers its line of craft beer from its main facility on Derry Street.

“We are excited to be in the SoMa neighborhood and look forward to the new home,” Miller said.

For more information about Boneshire Brew Works, visit their website.