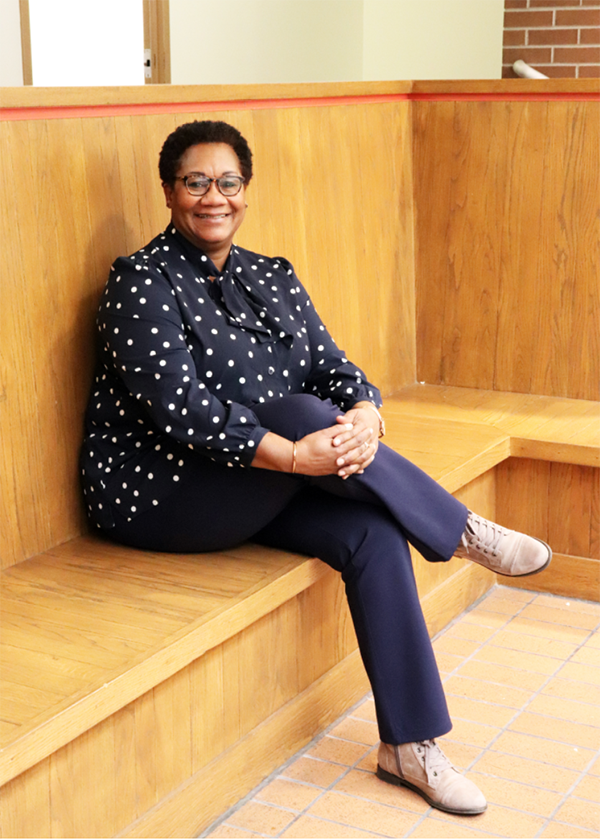 A typical day for Deborah Sibbering—watch a horror film, cuddle with her Chihuahuas, fight discrimination. The usual.

The New Jersey native, also a history buff and big “Avatar” fan, moved to Pennsylvania 12 years ago. She first settled in the Poconos then traded the mountains for skyscrapers in Philadelphia. It wasn’t until recently that she migrated to central PA in search of a smaller, more community-oriented town.

Sibbering has a new office in downtown Harrisburg, right in city hall. She was relieved to get out of the house. The dogs were good company, but also needy.

“Harrisburg reminds me of my hometown in New Jersey,” she said. “I like the vibe of the city.”

In November, Sibbering took on the role of equal employment opportunity and diversity officer for Harrisburg, a position that Mayor Eric Papenfuse said he was looking to fill for a while.

By taking on this role, Sibbering also is filling a gap that previously existed in Harrisburg, she said. According to city officials, the position replaces the director of equity and affirmative action, a similar position that was held by Shaashawn Dial until August 2019.

While the job is still being fleshed out, Sibbering described what she’s doing as working on behalf of the community.

“I believe we are placed where we need to be, when we need to be there,” she said. “The timing is meant for me to be here.”

Before making her way to city hall, Sibbering worked in labor relations, dealing with cases of contract violations and discrimination. She is a self-described grassroots professional who “literally started at the bottom.”

Sibbering began her first job when she was in her 20s, working as a human resources and equal opportunity secretary at a college.

“I quickly learned that not only was I effective in my role as a secretary, but I was also effective at a higher level,” she said. “I was resolving issues and able to talk to people and explain the law.”

With encouragement from her supervisor, who Sibbering also considered a mentor, she believed she found her niche.

“At that time no one was saying, ‘When I grow up I want to be an equal opportunities officer,’” she said. “It was by happenstance that I was placed in a role that I was very effective at, but I loved it. I still love it.”

She went on to attend Montclair State University and hold many human resources jobs, working in the public education sector and as the deputy director of human resources for Monroe County.

In her new position, Sibbering said that she is in charge of diversity training for city employees and will act as a liaison for the city’s human relations commission. She is responsible for monitoring city government services and business practices to make sure Harrisburg is following federal and state anti-discrimination laws and regulations around equal opportunity and affirmative action.

Additionally, she will address complaints of workplace violence, discrimination and harassment. Discrimination may be based on race, gender, age, class or other aspects, Sibbering said. She also hopes to build relationships with local businesses.

Another significant aspect of Sibbering’s job is to work with the Police Bureau on recruiting personnel that better reflect the demographics of Harrisburg.

Sibbering will train the newly approved Citizen’s Law Enforcement Advisory Committee, which will be tasked with monitoring the Police Bureau. She sees the initiative as a step in the right direction for the city.

Making connections with the community—a big part of her job, has been difficult for Sibbering during COVID. She looks forward to when she can interact more with residents and business owners.

“Years from now, I’d like to look back and see that I was able to serve the community and create a better sense of empathy and diversity,” she said.