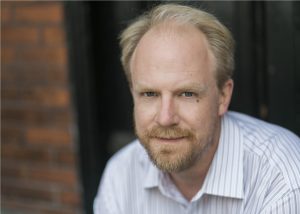 A self-described “poor kid from Lewisberry” wasn’t the type to come up with the 1990s-era dollars needed to study at the prestigious Eastman School of Music.

“In those days, Eastman cost about $20,000 a year,” said Jeremy Gill. “I didn’t have much. I had a lot of scholarship money from Eastman, which was really helpful, and the Steele Fund added to that. So, that at the end of all those years, I had very little student debt.”

Gill is a proud—and very appreciative—recipient of a scholarship from the selective Joseph L. and Vivian E. Steele Music Fund (now the Steele-Drane Fund).

This month, he will join several other awardees, who will return to Harrisburg to give something back, demonstrating musically how well they’ve used the money.

On Sept. 18, five past Steele recipients will put on a free concert celebrating the centennial of the Foundation for Enhancing Communities (TFEC), holder of the Steele scholarships. The concert features a piece commissioned by TFEC and composed by Gill, a freelance composer, conductor and pianist based in New York City.

Recipients can receive annual awards, traditionally up to $5,000 a year, throughout their studies. (Another fund created from the Steele bequest finances scholarships for young architects in honor of Joseph. He designed the Steele’s Camp Hill home with a dais in the living room where Vivian’s students presented recitals.)

Since the early 2000s, Gill has served on the committee awarding the scholarships. From a list of past and recent winners, he chose the most memorable, plus one local/native double bass player who never applied for the scholarship but who “easily would have won” had he applied, said Gill.

The resulting ensemble emerged from the powerhouses of music schools, including Curtis Institute of Music, New England Conservatory of Music and the Julliard School. The process yielded an unusual mix of instruments.

“I don’t know any other pieces that are for oboe, trumpet, viola, double bass and piano,” Gill said. “They’re very distinct but also a balanced ensemble. I wanted to write for these people I remember.”

In his piece, composer Gill weaves a tapestry, telling the Steele scholarship story.

The other part of the scholarship story woven into Gill’s work comes from Dr. Robert Lau, renowned composer, educator and longtime chair of the Steele Fund classical music committee—who just happens to be Gill’s first composition teacher. Gill based the work on themes from Lau’s “Cantilena,” originally a piece for solo organ.

When Lau responded to Gill’s request to send a few favorite compositions, he thought Gill wanted to study them from a theoretical perspective. He was “dumbfounded” when he learned Gill’s secret intent—to select a piece on which to base his TFEC commission.

“He’s my pride and joy,” Lau said. “He was the best composition student that I ever had. He just went from one thing to another. He had a very humble background. I just knew this boy had talent.”

“It’s a tough field to get any scholarship money in,” he said.

The musical skill of Steele applicants “has gone higher and higher every year.”

“Sometimes, we feel our only negative is that we don’t have enough to give to everybody,” he said.

Among TFEC’s assets are 255 scholarship funds. The Steele Fund came about after the death of Vivian Steele in 1987, when her will’s executor, John Plesic, mentioned to then-foundation Executive Director Diane Sandquist that the Steeles wanted to start a scholarship fund with their $454,000 legacy.

“Diane jumped on it and said, ‘I can tell you how to get started,’” said TFEC Executive Director Janice Black. “A problem to someone is a fortune to us. We help them create the path they wanted to go on but didn’t really know how to do it.”

For the Steele Fund, Sandquist, Plesic and then-foundation Chair Lois Grass “put all the details together, and they did a fabulous job,” Black said. For each discipline, committees of professionals review submissions from students and award a total of about $30,000 in scholarships every year.

Presentation of Gill’s commissioned work was originally meant for TFEC’s 2020 centennial gala, but you know what happened to that year. This year, too. When pandemic conditions lingered, the TFEC board canceled the gala’s Sept. 18 makeup date, but by then, the peripatetic musicians had the date circled on their busy calendars. So, the decision was made to turn the night into a free concert, closing with Gill’s commissioned work.

Each musician selected a solo piece to play. Pianist, composer and conductor Chris Whittaker will play two world premieres he composed for solo piano and for oboe and piano.

“It’s a joy to have them coming back,” Black said.

Lau called the gathering of Steele winners “kind of incredible.”

“In a way, it’s something to show their gratitude,” he said. “They’re trying to say that they’re individual musicians, but TFEC made it possible for them to get somewhere. So, now they’re getting together to thank them. It’s a wonderful tribute.”

Black sees the concert as a gift to the community and a reflection of Vivian Steele’s passion for educating young classical musicians.

“It’s just wonderful to know that the wonderful work that the Steeles did is still going on through these young people and the gift of education they received through the fund that helped them to grow and be where they are today,” she said.

By convening local musicians who have scattered across the country and the globe—violist Maxwell Aléman is coming from the Netherlands—Gill said the concert will feel “like a coming together” in front of family and friends who were their first audiences.

“We’re all really happy to be able to come together and play a concert for the community from which we all came,” he said. “That feels really special, and to celebrate this wonderful foundation that supports musicians and architects. It’s really important that local organizations support young people who are aspiring to whatever they’re aspiring to. You support them and help give them the means to follow their dreams.”