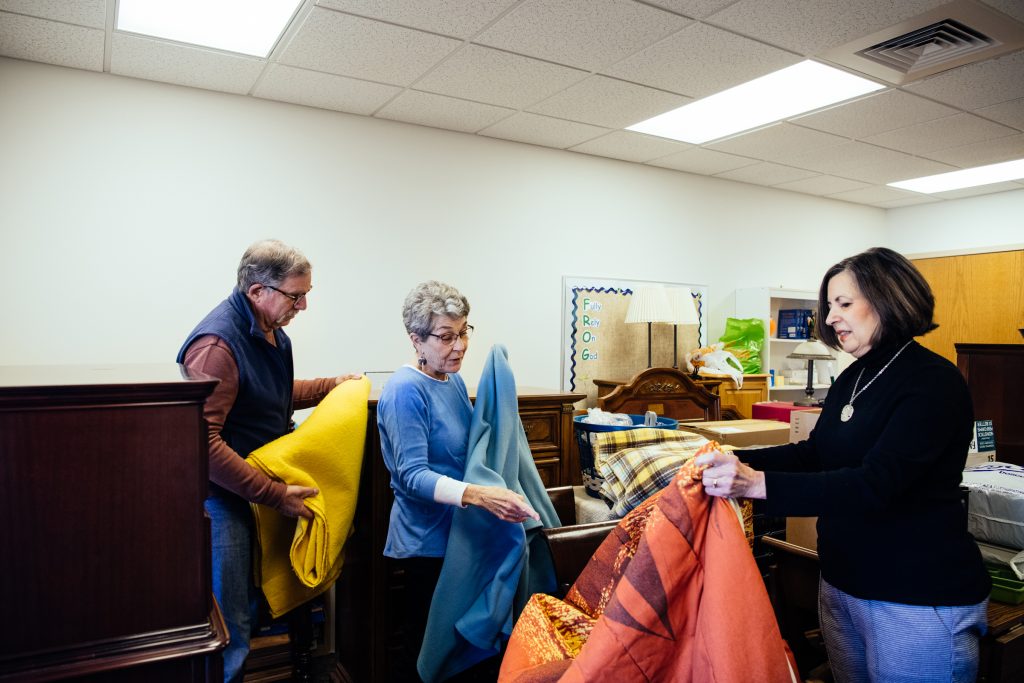 Moving is not for the weak—even if it’s just a move across town. It involves a lot of upheaval and strength, both physical and mental. Add to that the need to relocate to a new country and culture for safety, and the task of moving becomes almost overwhelming.

That’s where a myriad of Harrisburg-based organizations and agencies are drawing together, collaborating to help relocate Afghan refugees to new homes and services in the area. Without this cooperation involving armies of volunteers and outreach, the move would be next to impossible.

Igor Drucker is one small part of this force. A refugee himself, he arrived here in 1990 from Kyiv, Ukraine, part of the exodus of Soviet Jews.

He will offer several of the apartments he owns through his commercial real estate business to Afghan refugees resettled by Jewish Family Service, which also sponsored his move here. In the past, he has helped house African and Nepali refugees through Catholic Charities.

“As much as I can help folks to give them a chance to start over in this great country, I’ll be happy to do so,” Drucker said.

Through the years, many organizations have helped resettle Soviet Jews in the Harrisburg area, as well as Vietnamese, Laotians, Bhutanese, Nepalese, Syrians and now, Afghanis.

“A lot of people who have grown up in the area, unless they are connected to a program like ours, they don’t get a sense of how diverse our Harrisburg area is,” said Sara Beck, ESL Services Manager for Catholic Charities. “When I say I have people from 40 countries—they just can’t wrap their heads around it.”

Many of those who have come before have added not only to the diversity of the region, but to its core values of working hard to get ahead. For example, Derry Street now houses a stunning strip of Nepalese businesses and restaurants.

In recent years, as many as 30,000 people from Bhutan and Nepal have settled in the Harrisburg and Lancaster areas.

“They are a really entrepreneurial group,” Beck said. “So many people have bought houses. It’s so cool to see how far they’ve come in a relatively short time.”

Among those working to achieve their American dream is Dinesh Bhattarai, who was 17 when his family was resettled from Nepal to Harrisburg. Now a sophomore majoring in biology at Penn State Harrisburg, Bhattari shows his gratitude to Catholic Charities by volunteering as an aide for the agency’s ESL classes. 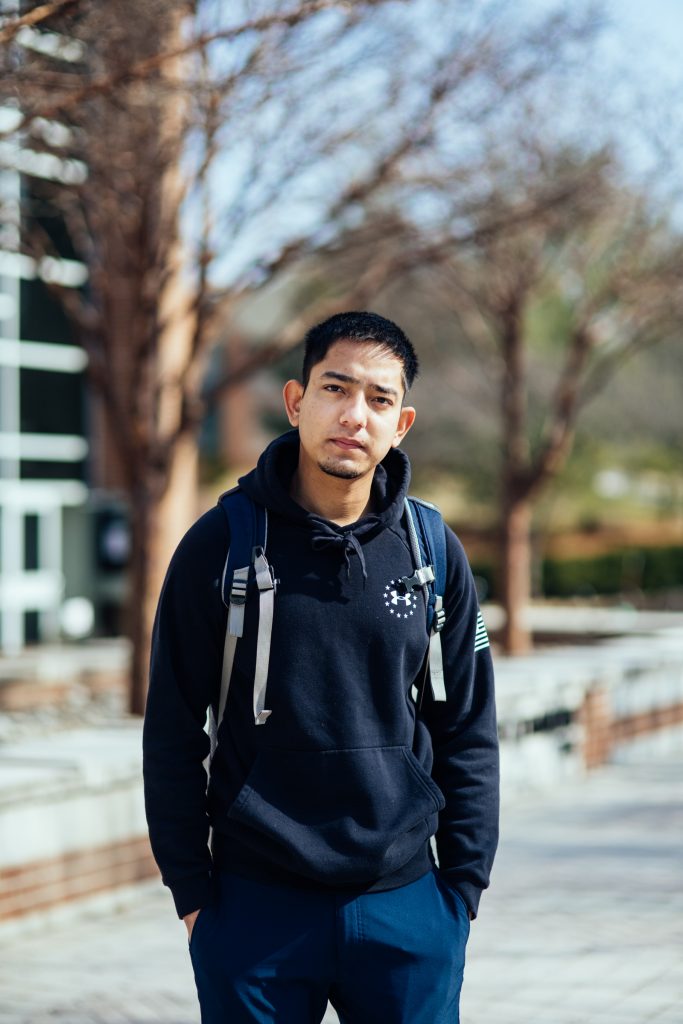 “If you come here without knowing anything, it can be difficult,” Bhattarai said. “After you get used to it, you are going to feel you can have more opportunity here in this area.”

In all, some 90,000 Afghan refugees are expected to resettle in the United States, with a small portion coming to the Harrisburg area. They’ll arrive through some of the nine nationally approved organizations.

Catholic Charities has a contract to resettle 20 Afghan refugees in the area. Three other organizations also have resettlement contracts—Jewish Family Services will resettle 50 to 70, the International Service Center is resettling more than 113, and Church World Service is opening a Harrisburg site to resettle as many as 20 refugees. Some of the Afghanis have already arrived, with more still coming.

Catholic Charities has been helping to resettle refugees in the Harrisburg region since 1980.
According to Beck, the refugee resettlement program is a “crazy kind of big web that trickles down to essentially our office here.” Refugees are identified and registered, interviewed, and then go through clearance with the U.S. State Department before being approved for resettlement.

Catholic Charities, like most of the other organizations, will help new refugees for 90 to 180 days after arrival or provide further case management to give them a path to self-sufficiency. This help may include finding and outfitting a home, employment services, classes in English as a Second Language and referrals for other needs.

Most of the resettlement organizations partner with other agencies and programs for services they can’t provide, such as mental health services, food assistance and legal services. The new director at Catholic Charities, Kelly Gollick, arrived last November from CONTACT Helpline, which is a part of the referral services of Catholic Charities.

“Because our contract is limited, it compels us to work in partnership, which is a happy place for us,” said Steven Schauder, executive director of Jewish Family Service of Greater Harrisburg. “The team working on resettlement in our agency is comprised of a Christian, a Jew, a Muslim and a Buddhist. We’re our own UN working on resettlement.”

The large influx of Afghan refugees prompted the opening of a Harrisburg sub-office of Church World Service.

Site director Alex Swan said that a lot of the work, such as finding housing, occurs before the refugees arrive. A hot welcome meal of food from their home country is provided for the first night in their new house, and the refrigerator is stocked for the first few days. Referrals to clothing and food banks are made, and help is provided to enroll children in school and families in health care programs and ESL classes.

“We rely heavily on community members to step up and form a welcome team,” Swan said. “They’re our boots on the ground.”

International Service Center, which is based out of Market Square Presbyterian Church in Harrisburg, has been involved in refugee resettlement since 1976, helping people from such countries as Vietnam, Cambodia, Laos, Cuba, Haiti, Iran, Mexico, El Salvador and Ethiopia. Last year, it began its Afghan Assistance Placement Project.

“Because of the magnitude of arrivals within a historically short timeframe, we are in desperate need to secure affordable housing for many newly arrived Afghan refugees,” Phuong said.

Other support agencies include M28 Ministry, which is teaming with Jewish Family Service. M28’s House2Home Project helps furnish the refugee homes with everything down to forks and knives. For M28, this is the first time working with a resettlement project, as their main focus usually is helping people in drug and alcohol recovery.

“It is kind of a cool thing to see charities from all faith backgrounds and nonfaith backgrounds working together to help people as they transition here,” said Jimmy Schambach, director of M28 Ministry.

Getting the refugees resettled requires lots of organization and collaboration. But, once they’re settled, then what?

That’s where organizations like Camp Hill-based PACRI—Pennsylvania Center for Refugees and Immigrants—come in. A former refugee, Alishine Osman started PACRI to help his fellow Somalis find services and connections when they came to the Harrisburg area.

Osman knows the journey that these newcomers face. His organization helps connect immigrants and refugees with area services such as transportation, education, finding employment and referrals to other services and agencies.

“We are the yellow pages basically,” Osman said.

Others offering services and referrals include Trinity Presbyterian Church, which offers ESL classes, Tri-County OIC, which also offers ESL as well as a special intensive culinary training and English for Special Purposes program, and the Pennsylvania Association of Immigrant and Refugee Women (PAIRWN).

PAIRWN has programs designed to offer ongoing support for newcomers, including a Family Advocacy Program to provide homework help for immigrant and refugee students. It also offers one-on-one interpretation services for parents.

Perhaps most importantly, PAIRWN offers fellowship for women seeking a home in their new country. The Story Circle program meets monthly, allowing members to tell their stories, make friends, and learn to know their new community.

According to resettlement organizations, the Harrisburg area has much to be proud of, with a strong history of supporting refugees, as well as employment opportunities for them.

“Historically, this area has been really amazing for refugees because of the good, family-sustaining, entry-level jobs,” Beck said. “We have lots of warehouses and places for people to work—and they’re able to advance at those work sites, too.”

And, Swan said, data shows that refugees have been “overwhelmingly successful in integrating into our communities—filling jobs, bringing their cultures and foods.”

Would you like to learn more about the organizations mentioned in this story or get involved in helping Afghan refugees?