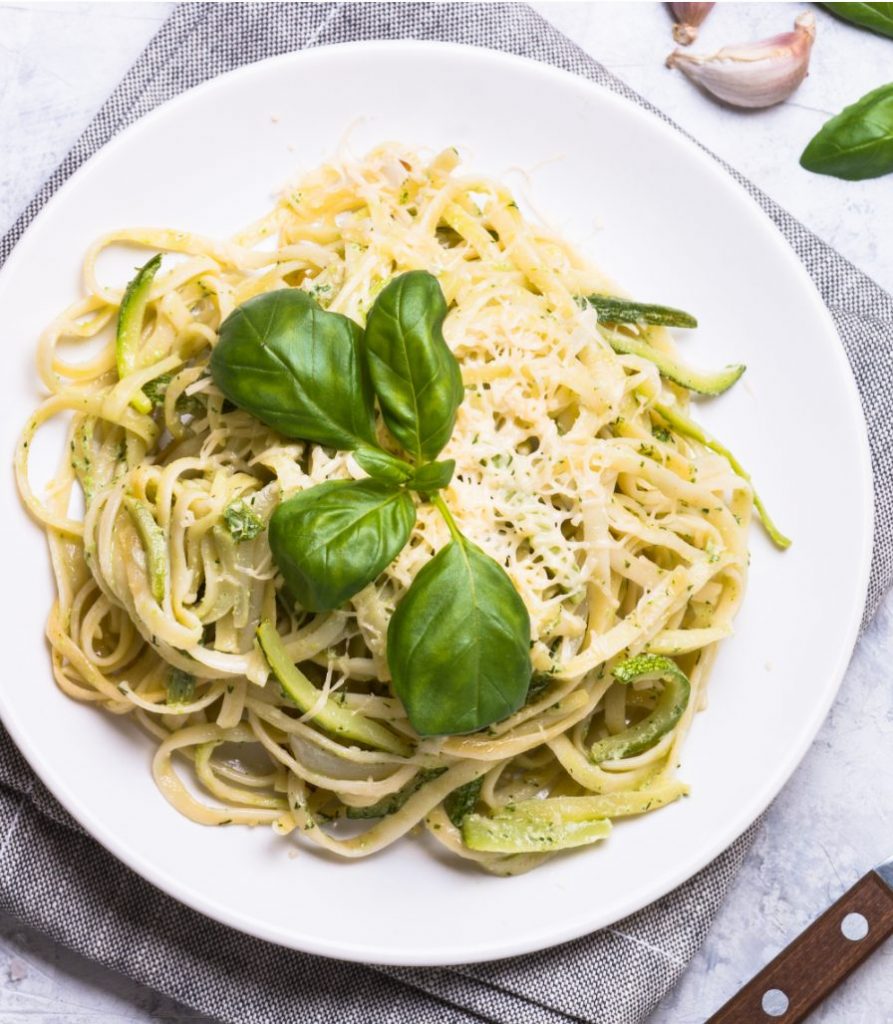 Many of you might have seen the actor, Stanley Tucci, on the CNN television series, “Searching for Italy.”

For those who love Italy and its food, the series is a lovely journey through regions in Italy: Naples and the Amalfi Coast, Rome, Bologna, Tuscany, Milan and Sicily, so far. The first season of the docuseries aired in February and March and reflected the actor’s love of the cuisine, culture and history of “Italia.”

Tucci explores many of Italy’s classic dishes such as pasta carbonara from Rome, Sicily’s pasta alla Norma, risotto Milanese, bistecca from Florence, ragu alla Bolognese and real pizza from Naples. At times, the shows ventured into less well-known corners of the cities or countryside and sometimes, surprisingly, some “political” threads were woven with culinary ones. But the actor’s love of the Italian people and his enthusiasm were contagious, as the local chefs shared their “secrets.”

I wanted to make everything I viewed on the shows! And I have a good friend, a former resident of Italy, who did just that. One recipe that intrigued her (and much of the internet world) the most was pasta alla Nerano. The pasta is said to have originated in a restaurant in Nerano, Italy, a small village near Sorrento. Tucci pushed the chef in the first episode to reveal the “secret” to making this seemingly very simple dish.

It relies on simple ingredients: pasta, cheese, basil and zucchini. But the cheese is special. In Italy, traditional pasta alla Nerano is made with provolone del Monaco, a large, semi-aged, sheep’s milk cheese that is very hard to find outside Italy. The suggested substitution is a cheese called caciocavallo. My “cooking friend” was able to find caciocavallo in the “strip district” of Pittsburgh, but I am still searching here. Internet cooking bloggers report that aged provolone, mozzarella and Parmesan Reggiano can stand in for these hard-to-find cheeses. Some authors suggest a mix of these cheeses to achieve the desired creaminess.

The zucchini must be small and sweet, so avoid those dark green characters that are “shipped” during cold weather months. The basil must be fresh. So, pasta all Nerano is a perfect dish to try when homegrown produce arrives at the market.

The recipe offered below is a composite of the many I found while researching pasta alla Nerano. It does include butter, which adds a nice richness. I plan on experimenting with different cheeses and continuing my search for caciocavallo.

Stanley Tucci’s journey to the beautiful Amalfi coast shared with the viewing audience this pasta specialty from the little fishing village of Nerano. And, as always, I am so inspired by the food of Italy—a reflection of the people, the culture and food products that are really unlike any others in the world.

Hope you enjoy pasta alla Nerano as the season of re-birth arrives. And Buona Pasqua!

Bottle Basics: Brush up on your white wines before warm weather hits

Your Own Italian “Search”: If you liked the Stanley Tucci series, you’ll love pasta alla Nerano